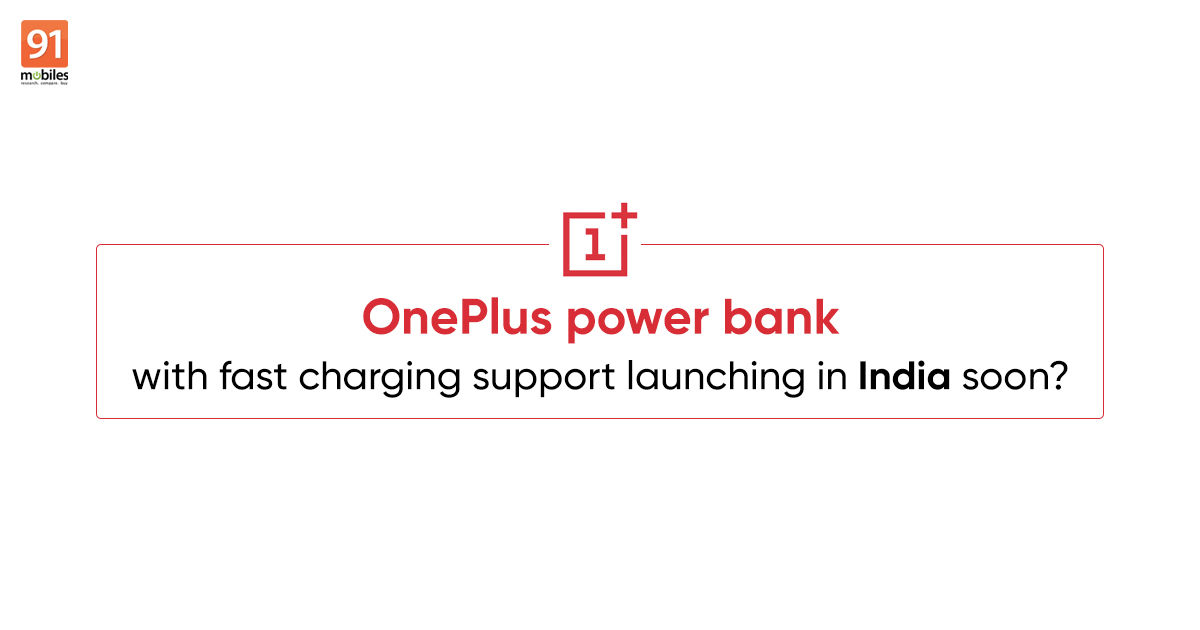 OnePlus has teased the launch of its first-ever power bank. OnePlus co-founder Carl Pei has shared via its official account on Twitter “RT if you’d like a fast-charging power bank.” While it has not been revealed yet, the power back could come with OnePlus’ 30W Warp fast charging support that backs its smartphones as well. The tech is rated to charge a 3,800mAh from 0 to 70 percent in just 30 minutes. That’s basically everything we know about the OnePlus power bank at the moment.

RT if you’d like a fast charging power bank ⚡⚡⚡

OnePlus may announce the power bank at its upcoming OnePlus 8 series, which is rumoured to launch in Q2 2020. The successor to OnePlus 7T series is expected to come in three models, namely OnePlus 8, OnePlus 8 Pro, and OnePlus 8 Lite. The Pro variant is tipped to feature a Quad HD+ panel with a 120Hz refresh rate, while the regular OnePlus 8 offering will reportedly sport a Full HD+ panel. Both the handsets will be powered by Snapdragon 865 chipset, which could be coupled with up to 12GB of RAM and 256GB of onboard storage.

In the imaging department, the OnePlus 8 Pro may sport a 32-megapixel selfie shooter and 64MP Sony IMX686 quad rear cameras. Alongside that, the device is rumoured to sport a 20-megapixel ultra-wide-angle lens, a 12-megapixel telephoto lens, and a ToF sensor. Additionally, the phone could be the first OnePlus offering to come with wireless charging support.

Coming to the OnePlus 8 Lite, it’s rumoured to ship with a mid-range chipset, punch-hole display, and dual/ triple rear cameras. All three OnePlus 8-series smartphones will most likely boot Android 10-based OxygenOS out of the box and sport an in-display fingerprint scanner. The handsets may come in new Green colour option. These are mere speculations, and thereby, we’d advise you to take them with a pinch of salt.