OnePlus is confirmed to launch a new smart TV lineup in India on July 2nd. Unlike last year, the new OnePlus TVs are going to come with affordable prices. The company has already revealed that one of the models will start at under Rs 20,000. While specifications of the upcoming OnePlus TVs remain vague at the moment, they are said to offer a similar experience as the premium OnePlus Q1 TV series. Rumours are rife that the vendor may launch the smart TVs in two sizes: 32-inch and 43-inch. The top-end OnePlus TV 43-inch will most likely compete against some popular smart TVs from Xiaomi, Realme, Nokia, and Vu in the Rs 20,000 to Rs 30,000 segment. These top 5 models give us an idea of what the 43-inch OnePlus TV might bring to the market in terms of specifications and features. 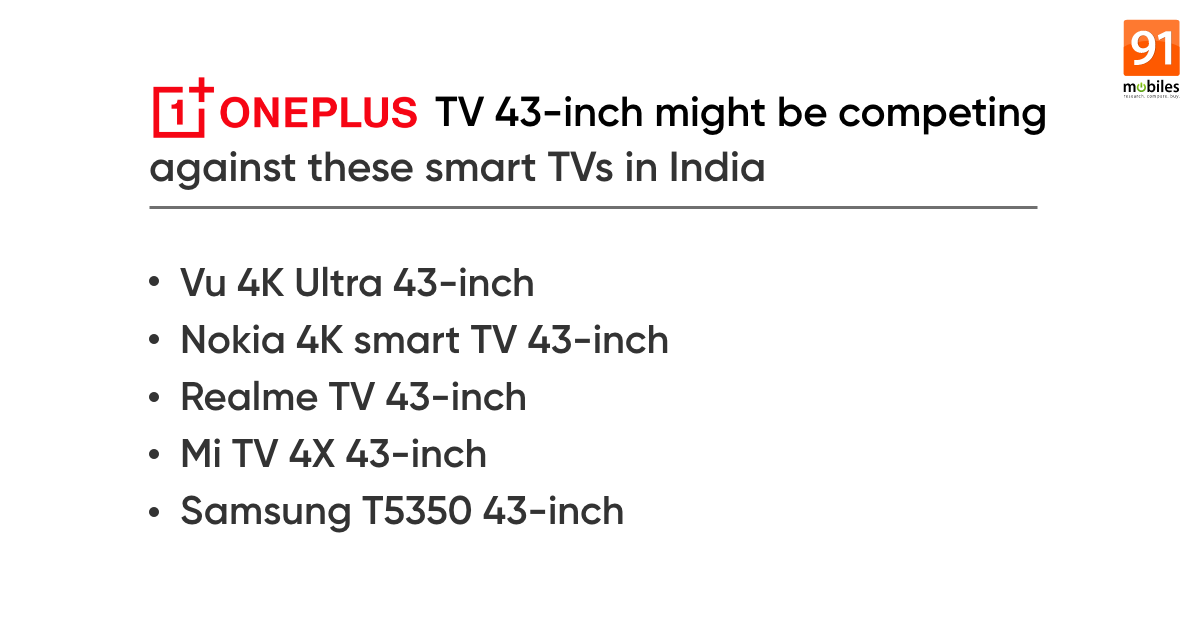 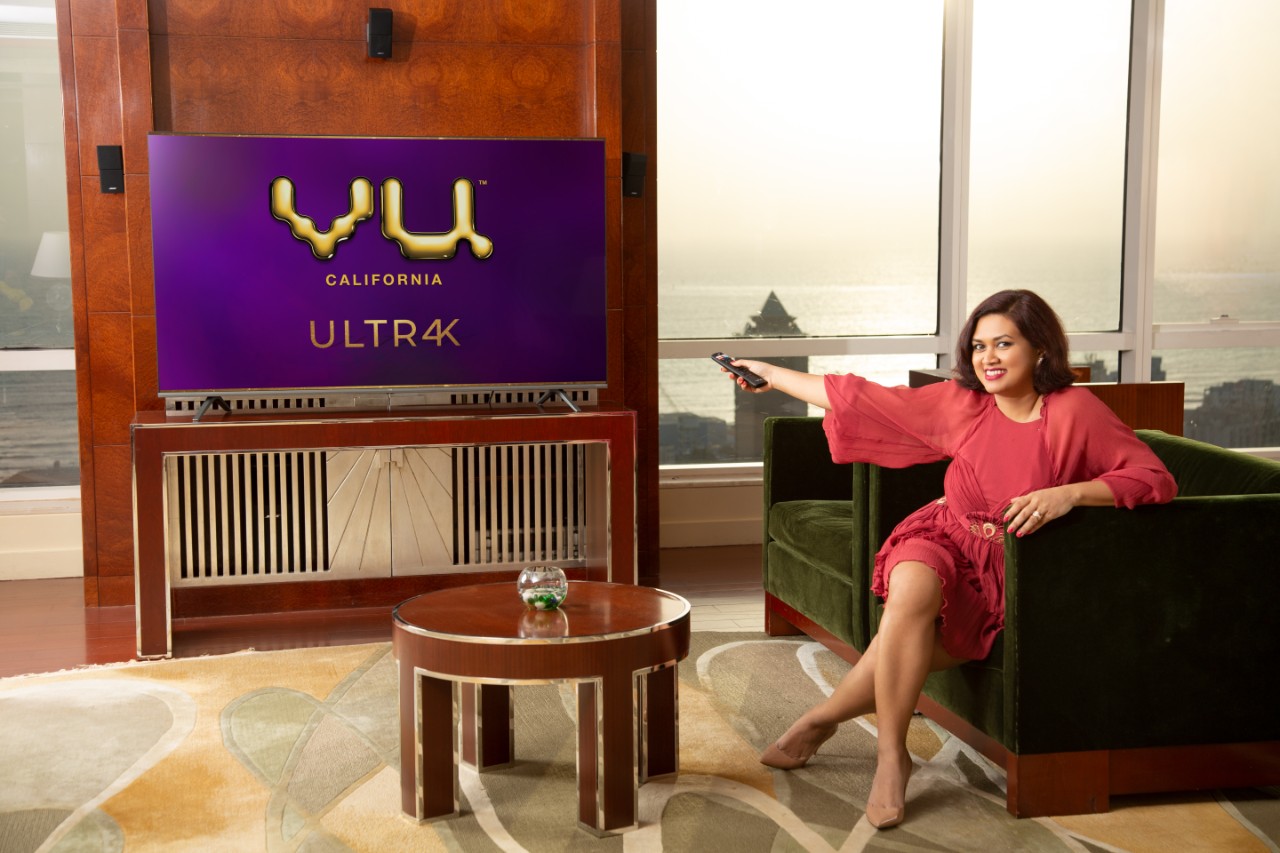 Realme entered the smart TV market in India recently with the launch of the Realme TV 43-inch model. This model, however, does not come with 4K support. The TV sports a bezel-less 43-inch FHD display and is equipped with features like Chroma Boost mode to improve the dynamic range and 400 nits brightness. It’s powered by 64-bit MediaTek quad-core chipset, Mali-470 MP3 GPU, 1GB of RAM, and 8GB storage. As for the audio, the Realme TV houses quad speakers with 24W audio output and Dolby audio support. 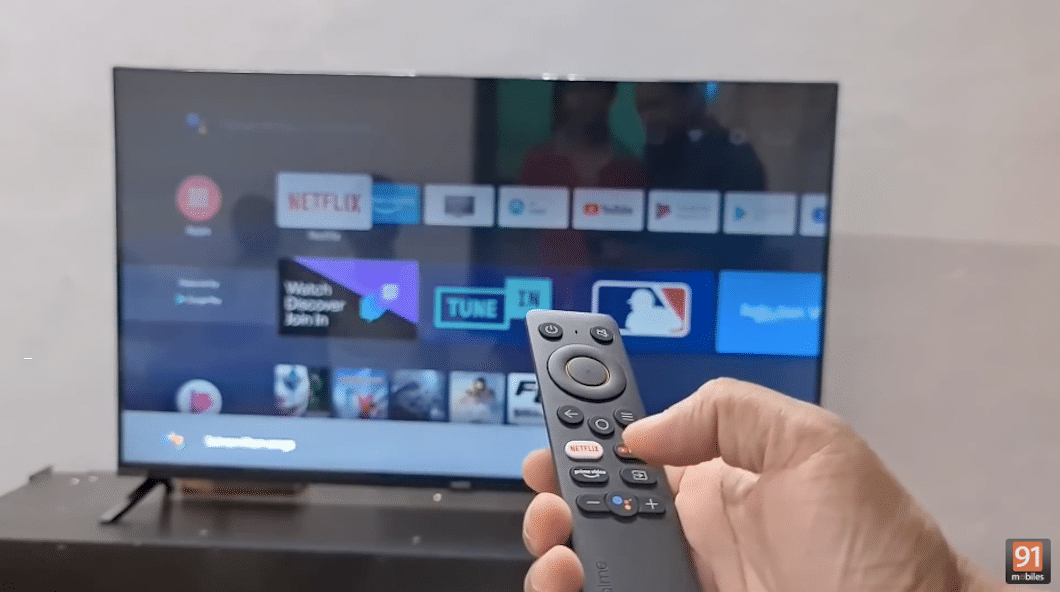 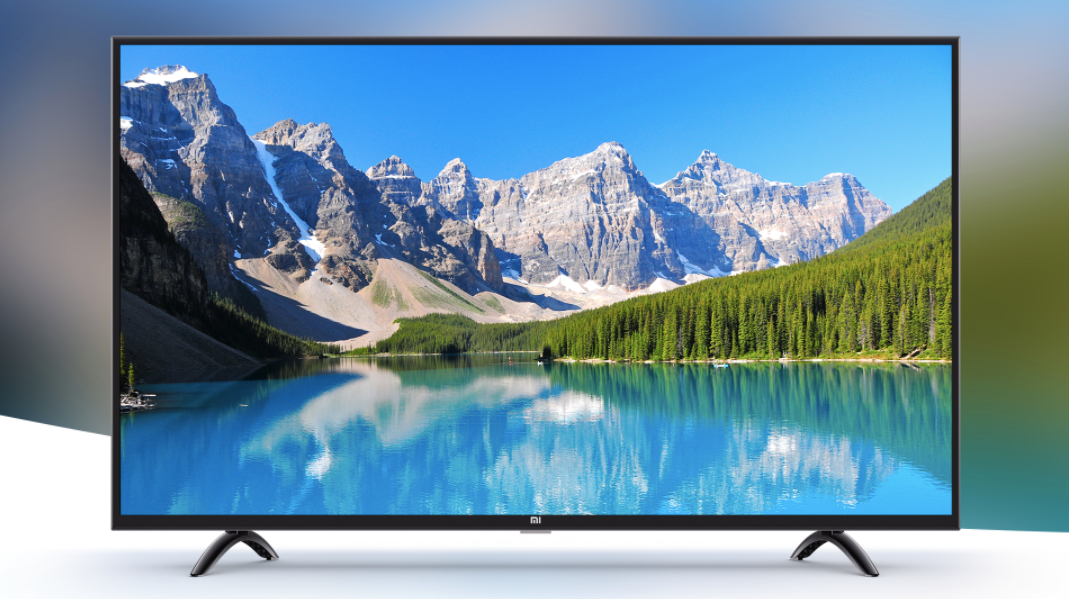 Another competitor to OnePlus TV is Xiaomi’s Mi TV 4X 43-inch. The smart TV touts 4K resolution, Android 9 TV platform with PatchWall 2.0 custom interface, and Xiaomi’s Vivid Picture Engine. Under the hood, the Mi TV 4X rocks a 64-bit quad-core A53 chipset, aided by Mali-450 GPU, 2GB of RAM and 8GB storage. As for the audio, the TV packs 20W built-in speakers, which are backed by Dolby Audio as well as DTS-HD. The Mi TV 4X also comes with built-in Chromecast, popular OTT apps such as Netflix, Amazon Prime Video, and YouTube. As for the price, the Mi TV 4X 43-inch costs Rs 24,999. 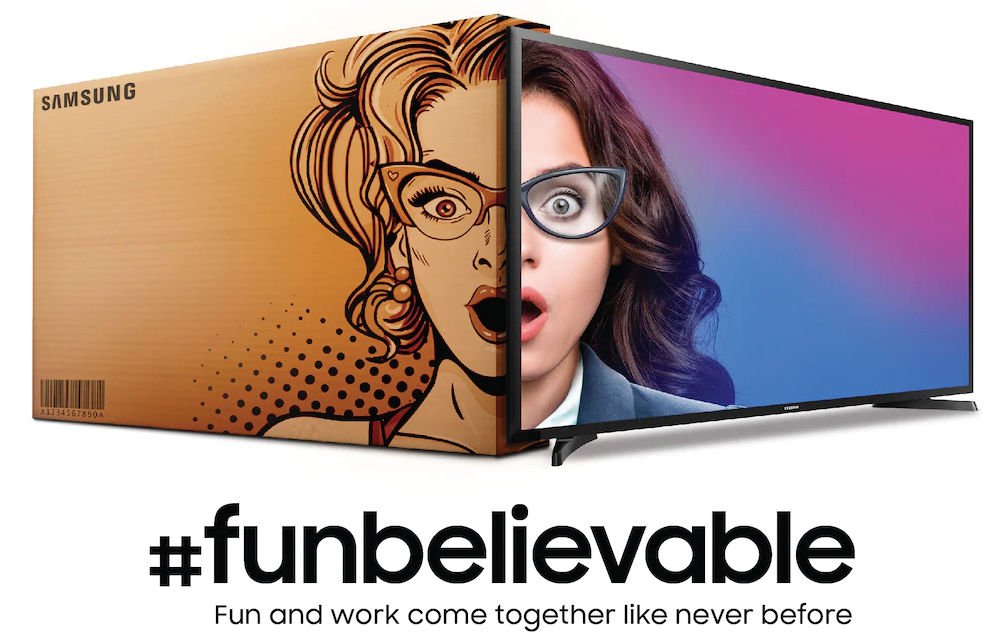 The upcoming OnePlus TV may also compete against Samsung’s T5350 43-inch smart TV. The TV’s resolution maxes out at Full-HD (1080p). It runs Samsung’s Tizen OS for TV out of the box and sports 20W speakers with Dolby Digital Plus sound support. The smart TV also features mobile mirroring and standard connectivity options such as Wi-Fi, HDMI, and USB. The Samsung T5350 43-inch is listed on Samsung’s official website with Rs 37,100 price tag, making it the most premium model in this list.

Since we don’t know much about the upcoming affordable OnePlus TV in terms of specifications, the models mentioned here are only expected to be the rivals. The final pricing and specs will give us a better idea about which models the OnePlus TV will compete against.