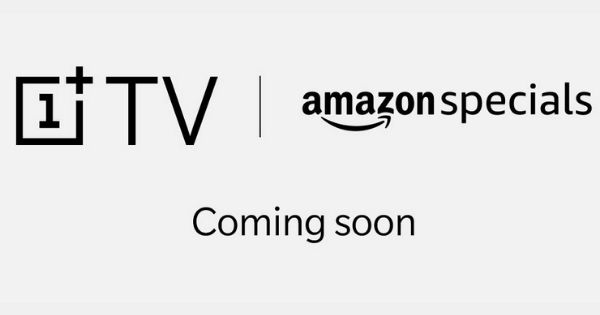 OnePlus TV is scheduled to launch in India sometime this month, and the TV is already confirmed to come in 55-inch screen size with QLED panel and run Android TV. Now, while we wait for the launch, the OnePlus TV is now officially listed on Amazon India website along with the ‘notify me’ button and few key details. The listing reveals the TV would rock 4K resolution and Dolby Vision for an immersive viewing experience. The upcoming OnePlus product also comes with eight speakers, 50W output, and Dolby ATMOS for cinematic sound.

As with every OnePlus product that launched so far, OnePlus TV should also be an Amazon exclusive online, but it might even be available through offline stores for users to experience before buying. As confirmed earlier, OnePlus TV would run on a customised version of Android TV and have seamless smartphone integration. The TV will also have content integration from various OTT platforms at launch, and it wouldn’t be a traditional TV; instead, it will be positioned as a centre of a smart home.

The brand’s CEO, Pete Lau, said that the OnePlus TV would be a premium offering, but come at a lower price compared with models in the same category from Samsung, Sony and others. Since the TV is now listed on Amazon officially, the launch might be right around the corner, and we should know more details soon. Separately, OnePlus is also said to launch OnePlus 7T and OnePlus 7T Pro smartphones in the country on September 26th, but has surprisingly not started teasing these handsets yet.