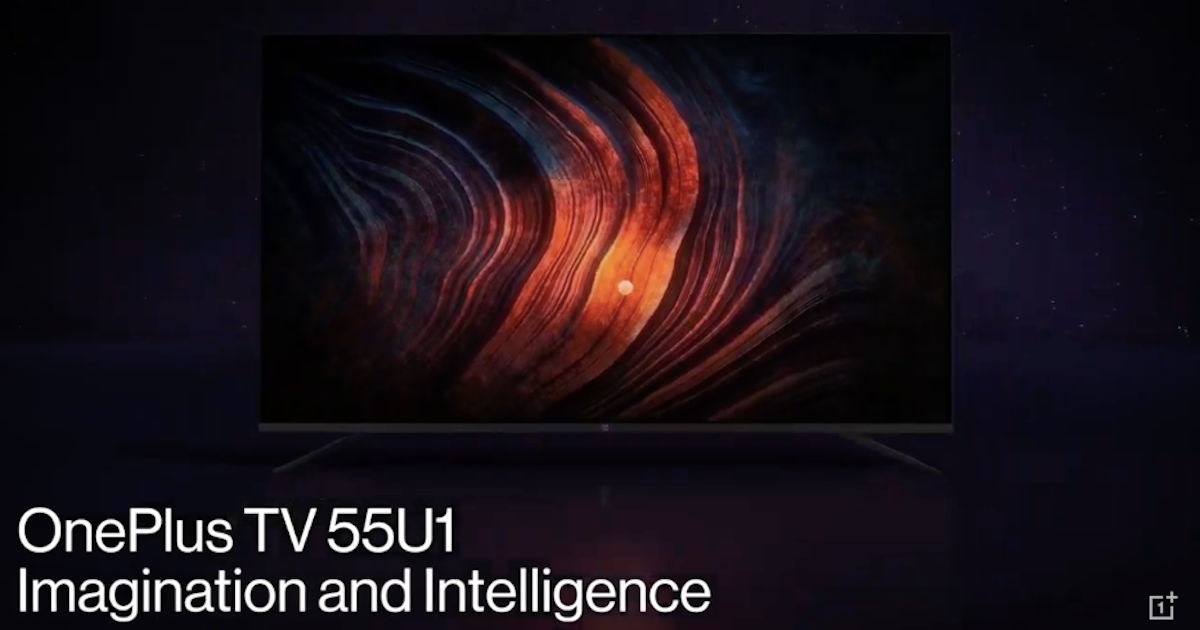 Launch offers include up to 12 months no-cost EMI on purchase through all major bank Debit and Credit cards, free Amazon Echo Dot on purchasing the OnePlus TV 55U1 and 43Y1 on Amazon.in, and customers buying the OnePlus TV 32Y1 can avail the Echo Dot for just Rs 1,999.

The OnePlus TV U1 Series 55-inch model packs quad speakers with 30W output, Dolby Atmos, Dolby Audio, and DTS-HD. The TV boots Android 9 TV platform out of the box and comes pre-loaded with popular OTT apps such as Netflix, YouTube, Hotstar, and Amazon Prime videos along with Oxygen Play that curates content for you, Weather, File Browser, and OnePlus Pictorial. There is support for Google Play Store to download 1000s of other applications. With Google Assistant and Alexa, you can control the smart TV using voice commands.

Connectivity options include Bluetooth v5.0, dual-band Wi-Fi, an Ethernet port, 3x HDMI, 2x USB, and an AV Input. Additionally, there are built-in Chromecast to mirror smartphone screen to TV, Data Saver Plus to cap the internet usage, and OnePlus Connect that lets you connect up to five devices at the same time via Bluetooth or Wi-Fi and use the smartphone as a remote control. The new OnePlus TV U1 Series remote comes with hotkeys for Prime Video, Netflix, and Google Assistant.