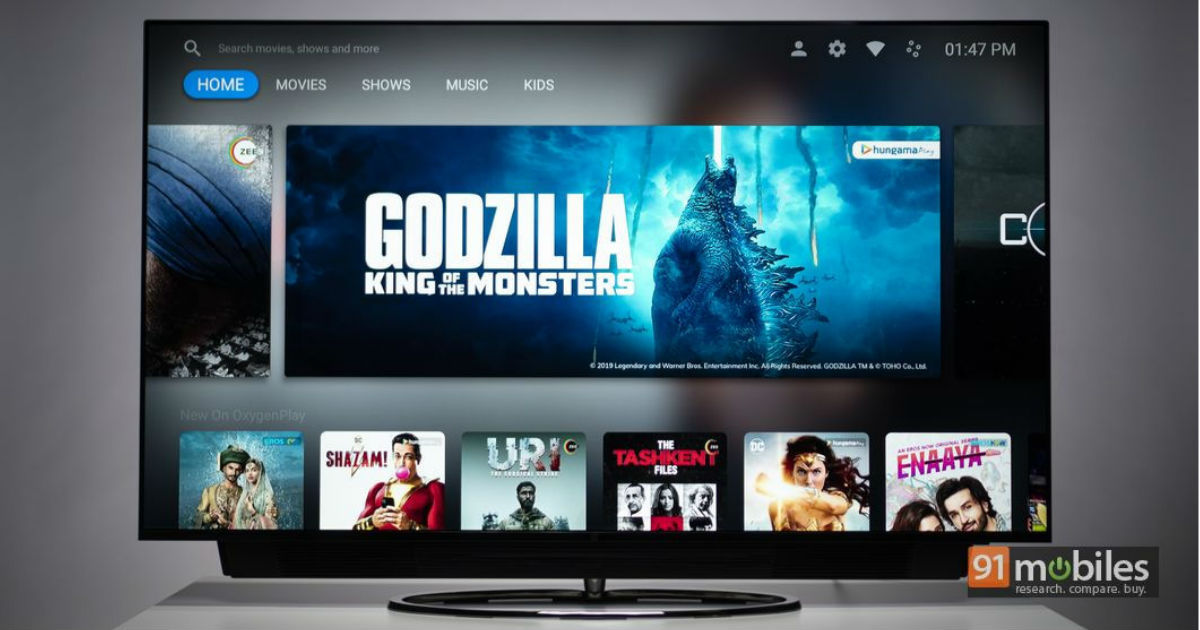 OnePlus TV Q1 Pro packs an 8-driver speaker setup and comes with Bluetooth Stereo mode which makes the TV function as Bluetooth speaker. Now, the latest update further improves it. Post the update, the Bluetooth Stereo mode opens up directly every time the user connects the TV via Bluetooth. The horizontal light-stripes light up and match the beat of sound. Furthermore, taps in the remote control have haptic feedback, which includes clicking sound effects when the smartphone is in ringer mode or vibrations. If you’ve purchased the latest OnePlus TV, you can check out for the newest update in the System update section in the Settings menu.

OnePlus TV is powered by the MediaTek MT6750 chipset, has support for Google Assistant, Chromecast and Google Play app store. Users will be able to stream content from Amazon Prime Video, VOOT, Eros Now, etc., while Netflix will be made available later this year. Connectivity options of the OnePlus TVs include Wi-Fi, Bluetooth, HDMI, and USB. OnePlus is promising to roll out updates for the next three years.