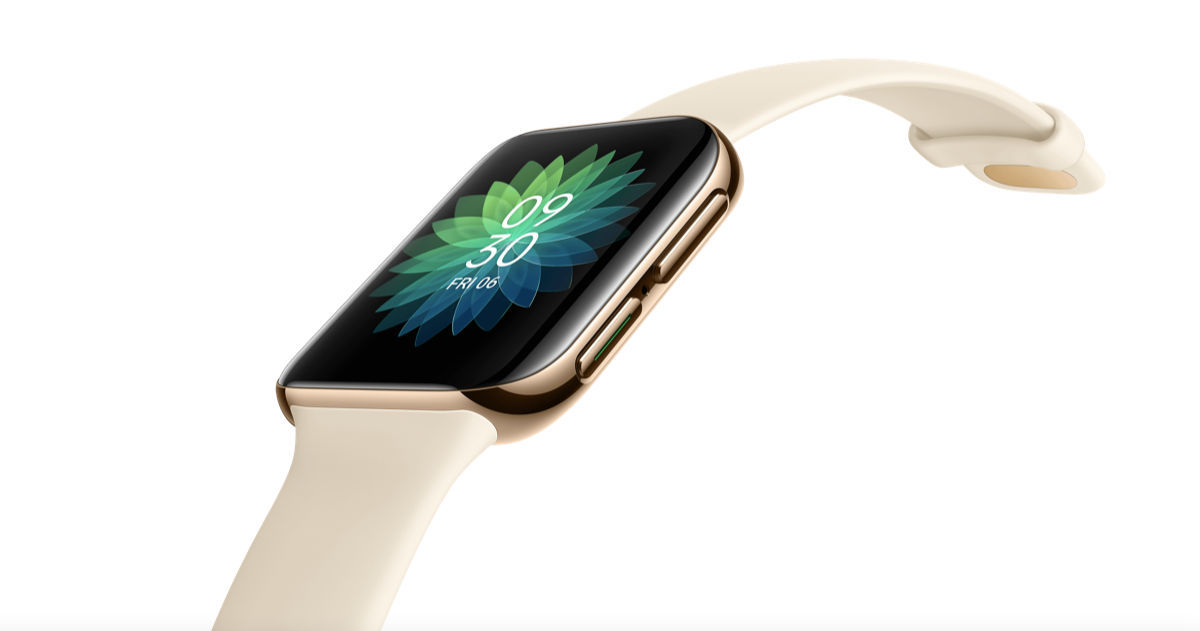 OnePlus Watch launch seems to be getting closer and closer ever since the company launched the OnePlus Band fitness tracker in January. OnePlus is confirmed to be working on a smartwatch but the launch date remains a mystery at the moment, though a March timeline seems likely. Now, the OnePlus Watch design has surfaced on German Patent and Trademark Office (GPTO), as spotted by TechnikNews. Though we can’t tell whether this will be the final watch design, it sure keeps in line with the previous leaks. The sketches show the smartwatch features a round dial and bracelet strap. It has two buttons on the right side, probably for power and selection. The OnePlus Watch may also come with a heart rate sensor, blood oxygen, and blood pressure monitoring. There are two contact points for magnetic charging. The OnePlus Watch pictured in the patents could be a sports version. The patent also has another design that looks familiar. It has a different strap design and the frame extends slightly. It also has a clip-on at the end of the strap. However, the button placements and sensors are similar to the previous design. OnePlus Watch is said to bear a model number W501GB and another with W301GB model number. The company is expected to launch its first smartwatch sometime in March. There are speculations one of them will have the OnePlus Watch RX moniker and is said to resemble OPPO Watch RX. Considering they are sister brands, this doesn’t come as a surprise.

OnePlus is also said to be working on a Cyberpunk 2077 edition, but its features are currently under wraps. The company is tipped to be using its own version of the software instead of relying on Google Wear. We should learn more details about OnePlus Watch going forward.