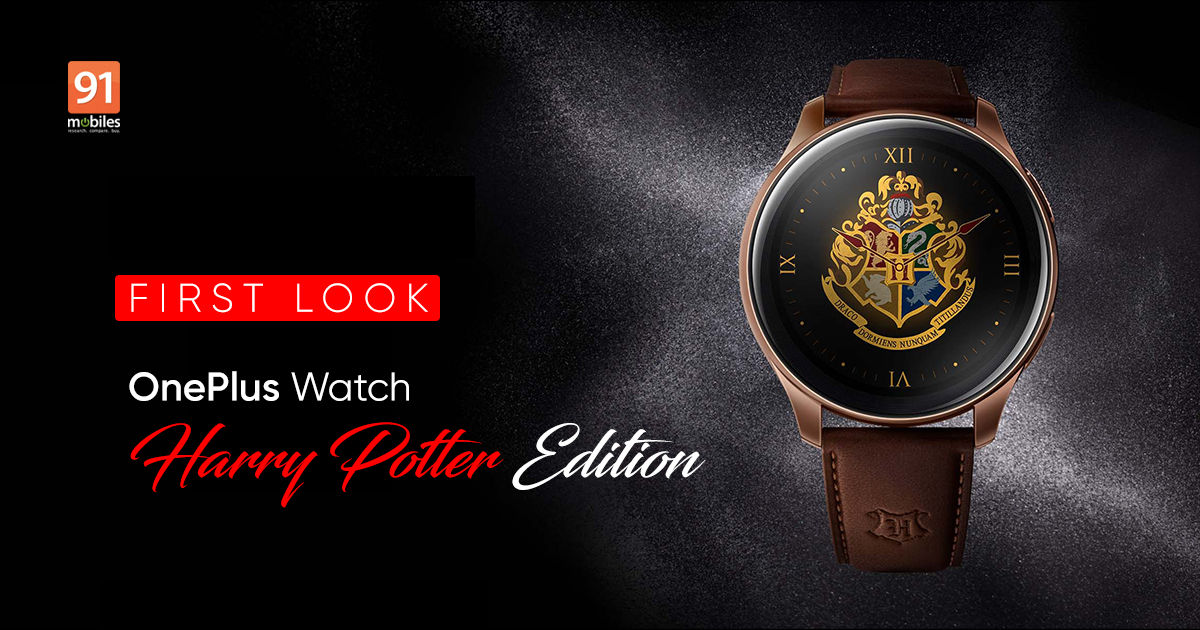 OP has been up to something it seems, along with HP. Now, OP is short for OnePlus of course, but what’s HP? I’m referring to Harry Potter, and fans now have a reason to rejoice, thanks to OnePlus. Brand OnePlus is known to come up with special editions of its devices, and now it has given the same treatment to its smartwatch…welcome the OnePlus Watch Harry Potter Edition. 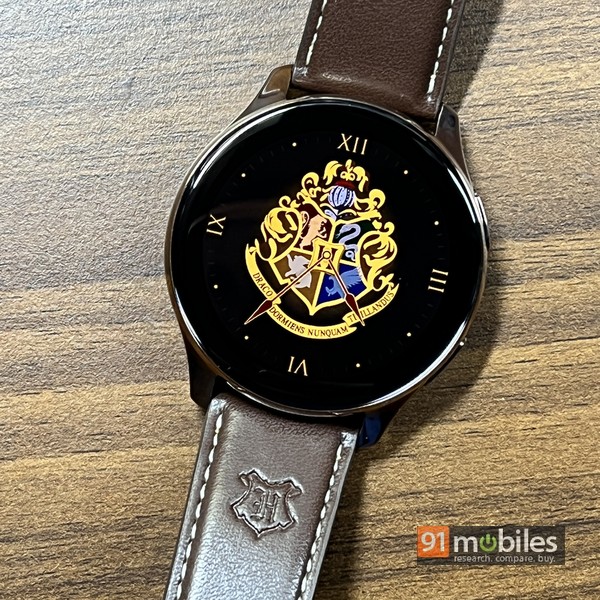 The special edition experience starts from the packaging itself, as the watch comes packed in a unique box. A Hogwarts coin with the iconic logo is stuck on the brick-patterned top, and the box slides open in the middle… reminiscent of a scene from Harry Potter and the Philosopher’s Stone where Hagrid opens up a path for Harry by tapping a brick wall. Opening the box reveals a card inside that says “The magic awaits”. Underneath, you’ll find the watch, which comes in a rose gold-finished case. 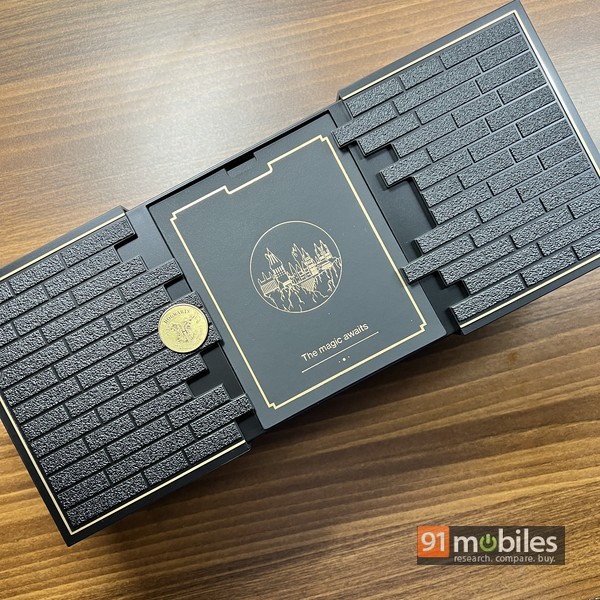 The 46mm circular case sports two buttons on the right, just like the regular OnePlus Watch, with the lower one sporting a bolt symbol in keeping with the theme. The special edition watch has also shed the sporty silicone band found on its regular sibling in favour of a brown leather strap that bears the Hogwarts logo. The words “Harry Potter” are emblazoned on the rose gold buckle. 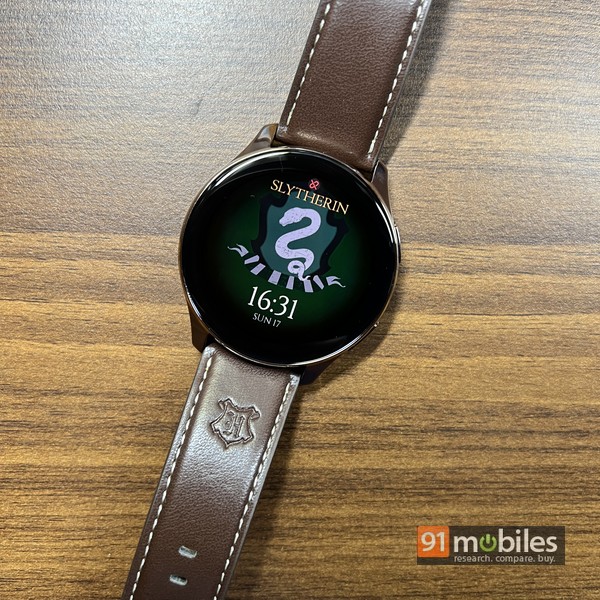 Power up the watch, and you’ll be treated to a special Harry Potter boot animation too. More goodies await after you pair the watch with your Android phone (you’d need to install the OnePlus Health app as usual). Once it has been set up, you’ll find a bunch of watch faces preinstalled to make sure you stay in the Harry Potter world. These include the four houses – Slytherin, Gryffindor, Hufflepuff, and Ravenclaw. Then there are watch faces depicting the castle, and the Hogwarts logo too. These goodies apart, the Harry Potter Edition watch is quite similar to its regular counterpart in terms of the specs and features, and you’ll find all the usual fitness functions such as support for a bunch of sports modes, steps tracking, heart rate monitoring, sleep analysis, an SpO2 monitor, stress monitoring, and more. Almost the entire range of smartwatch features are there too, including calling support, compass, barometer, music control, weather, alarms, stopwatch etc. There’s now support for Always-on display, which seems like a new addition, along with a Navigation feature that works along with Google Maps.

The OnePlus Watch Harry Potter Edition is priced at Rs 16,999 and if you count yourself as a fan of the franchise, you’ll find a lot to like here too.