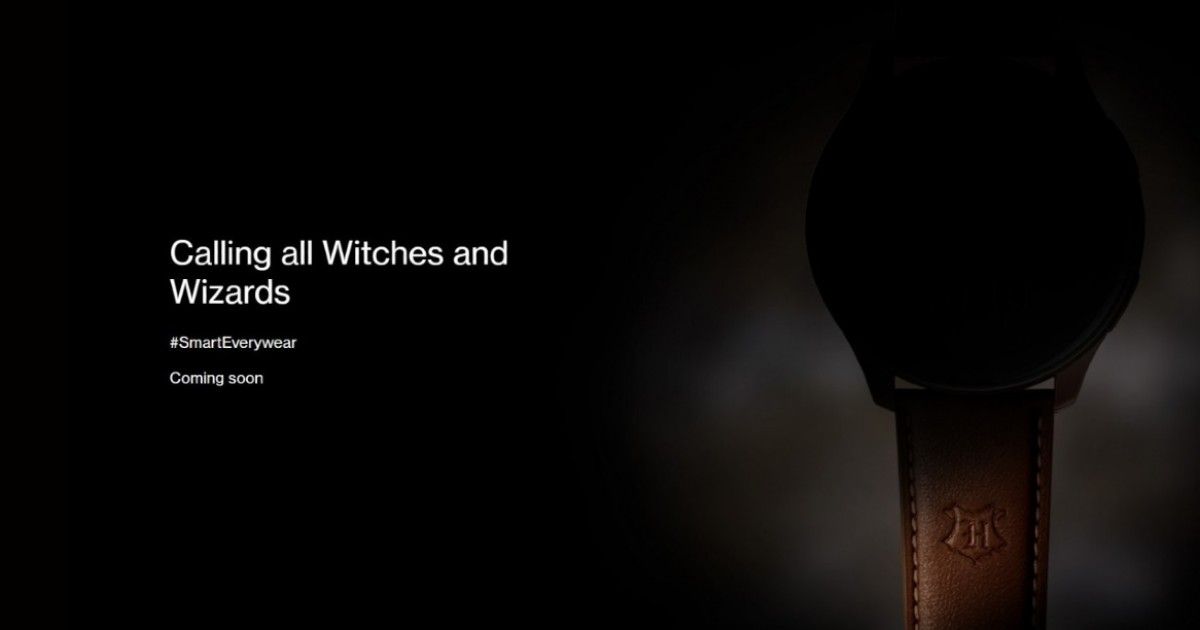 The world of Harry Potter has been a global phenomenon for years with fans all around the world. Looks like some of them work at OnePlus as well! The company will soon launch the OnePlus Watch Harry Potter Edition in India, according to an official teaser. We had heard some chatter about OnePlus’s intentions to launch a Harry Potter special edition of their OnePlus Watch, which would be inspired by the fictitious magical world of Harry Potter. This is not the first time OnePlus has rolled out special editions of its products. Earlier, we had the chance to see the special versions of the OnePlus 6 Marvel Avengers Edition, OnePlus 6T McLaren Edition, and OnePlus 8T Cyberpunk 2077 Limited Edition.

For a generation that still remembers magic.
Experience more and get notified to win big.
Know more: https://t.co/Xhez6ZvWRB#SmartEverywear pic.twitter.com/QiMvKXgV1Z

The promo page of the special edition OnePlus Watch bears the URL which contains the word “hpwatch” which could stand for Harry Potter Watch. The OnePlus Watch Harry Potter Edition is likely to remain the same hardware-wise, but with updates in the form of a new colour scheme, band design and materials, etc. New watch faces inspired by the four Hogwarts houses – Gryffindor, Slytherin, Hufflepuff, and Ravenclaw – and also a silhouette of Hogwarts and the Hogwarts seal can also be expected. We can expect the OnePlus Watch Harry Potter Edition to be launched in India very soon given that it is now official.