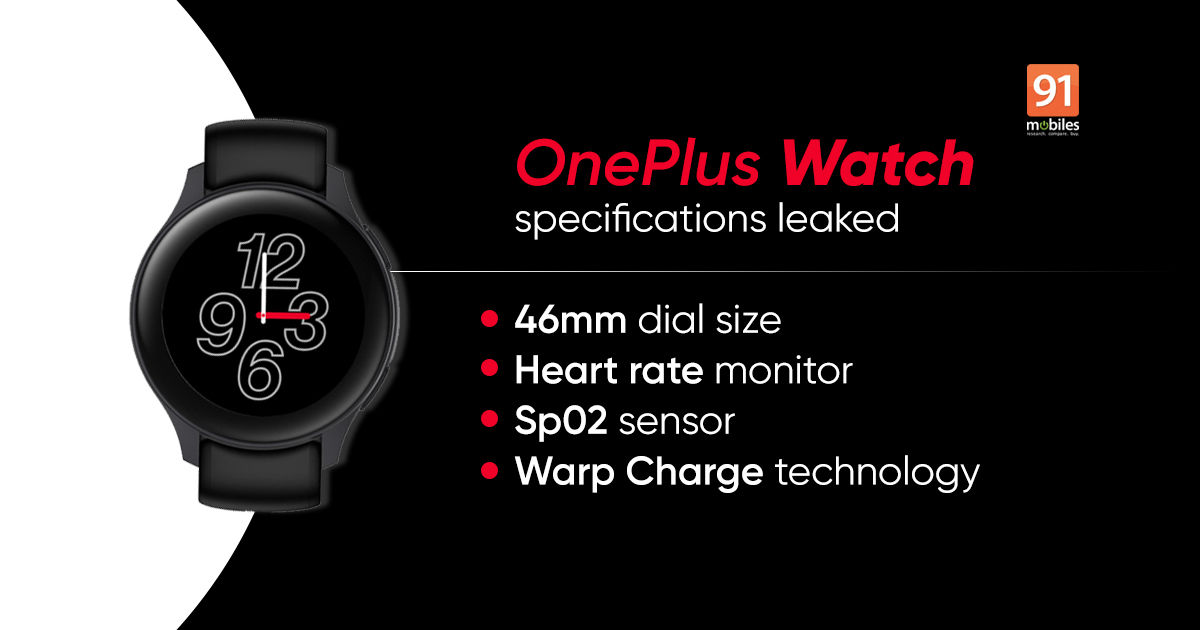 OnePlus Watch specifications have surfaced online courtesy of Pricebaba in association with tipster Ishan Agarwal. The company’s first-ever smartwatch is confirmed to launch in India alongside the OnePlus 9 series on March 23rd. Rumours have suggested it will come with a circular dial and will have more than just one variant. According to the latest report, the OnePlus Watch will come with a 46mm dial and it will be available in Silver and Black colour options. OnePlus Watch will come with an IP68 rating for dust and water resistance and will have automatic workout detection, heart rate monitoring, Sp02 sensor, among others.

OnePlus Watch will have a swimming mode, sleep and stress tracking. However, we can expect more such activity tracking modes at launch. The report says the smartwatch can make or answer phone calls, display notifications, and control music on your phone. It will also double up as a remote control for the OnePlus TV, which is neat. It will have 4GB storage and will support the company’s Warp Charge technology. The OnePlus Watch is claimed to offer one-week battery life in just 20 minutes of charging.

While the leak hasn’t revealed about the OS and chipset, past rumours have suggested it might run WearOS, probably with OnePlus’ own skin on top. The OnePlus Watch is expected to launch in both standard and LTE variants. That’s pretty much everything the report has revealed at the moment but with the official unveiling just a few days away from now, we don’t have to for much longer to learn more information. Stick around.