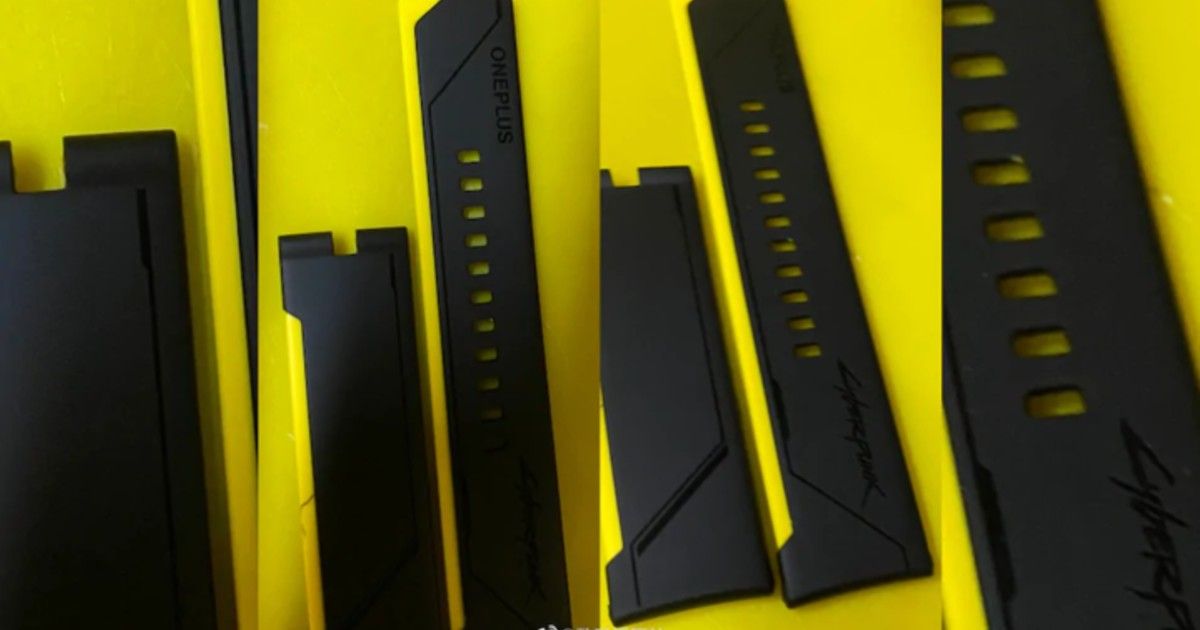 OnePlus Watch launch may have been ‘delayed indefinitely’, but that hasn’t deterred the rumour mill to churn out more details about the smartwatch. Information regarding OnePlus Watch software and a special Cyberpunk 2077 edition have now surfaced online. Popular tipster Max J. claims that the smartwatch will not run on Google’s Wear OS platform — not even a modified/skinned version (via 9to5 Google). This is surprising given OnePlus’ close ties with Google and its Android platform. Separately, purported images of OnePlus Watch Cyberpunk 2077 straps were shared by tipster The Digital Chat Station on Weibo.

Meanwhile, the alleged OnePlus Watch Cyberpunk 2077 Edition could accompany the recently-introduced OnePlus 8T Cyberpunk 2077 Edition smartphone to celebrate the arrival of the highly-anticipated action game by CD Projekt Red. Images of the OnePlus Watch Cyberpunk 2077 straps show the upcoming game’s logo and a yellow-black colour scheme. Sadly, the tipster did not reveal the watch dial – which according to the previous reports is expected to be circular. The smartwatch is said to borrow its design from the Vivo Watch that was announced in September. Additionally, the OnePlus Watch will reportedly highlight Snapdragon Wear 4100 platform under the hood.

While the company has teased OnePlus Watch India launch, it is still unclear when the smartwatch will actually release. Rumours suggest that the smartwatch could be unveiled sometime next year but the Cyberpunk 2077 edition leak suggests the launch could take place by the end of the year. Wear OS has been the go-to platform for smartwatch makers who don’t have the resources to build their own OS from scratch. Several manufacturers, including Fossil and OPPO, follow this strategy. With OnePlus reportedly not going with WearOS, it will be interesting to see what software the watch will be running.

Deepak Punia vs DM Taylor live streaming: How to watch Deepak Punia Olympics 2021 next month live in India for free

Second dose: When and how to book COVID vaccine second dose slot online

Ola electric scooter launch date in India, how to book online, expected price, and everything else you need to know