Home News You can now get alcohol delivered to your home in Delhi through...
Highlights 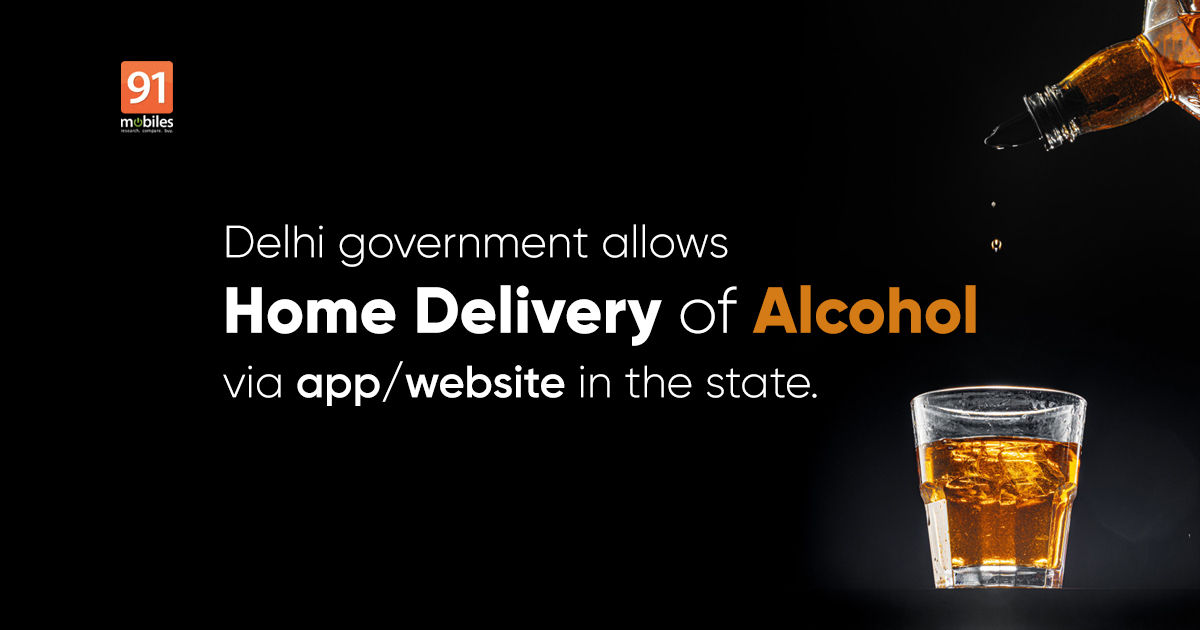 According to PTI, the Delhi Government has allowed home delivery of alcohol through apps and online portals. The new excise rules will enable those with an L-13 license to deliver alcohol to customers. The retailers can sell both Indian and foreign liquor to customers, but only via apps and websites. The Government hasn’t explained how this will exactly work, and which apps will be able to deliver alcohol. Companies such as Zomato, Swiggy etc., haven’t yet made announcements regarding this.

As of now, we’re not sure which apps or web portals will allow customers to place alcohol orders. Swiggy, Zomato, and similar online delivery apps will most likely offer home delivery of alcohol, but there hasn’t been any official announcement yet. It is also best to not use random numbers to place order for alcohol as they can turn out to be scams. The Delhi Government and food delivery apps should provide more details in the next few days.

The online delivery of alcohol in India isn’t new and was adopted by some states in 2020 as well. Due to the ongoing lockdowns, liquor consumers are finding it difficult to procure alcohol, and this also affects the Government. The taxes and duties collected via liquor businesses bring a lot of profit to the states. In 2020, states such as Kolkata, Maharashtra, Odisha, Siliguri, and West Bengal had allowed liquor delivery via apps such as Zomato, Swiggy, BigBasket, and Amazon.

However, online delivery of alcohol does come with several restrictions. In some states, the customers are asked to produce a permit to order liquor. Others require you to show proof of age to place online orders. The liquor shops aren’t allowed to deliver alcohol to hostels, institutions, business offices, and such. Shops also cannot self deliver the liquor to customers.