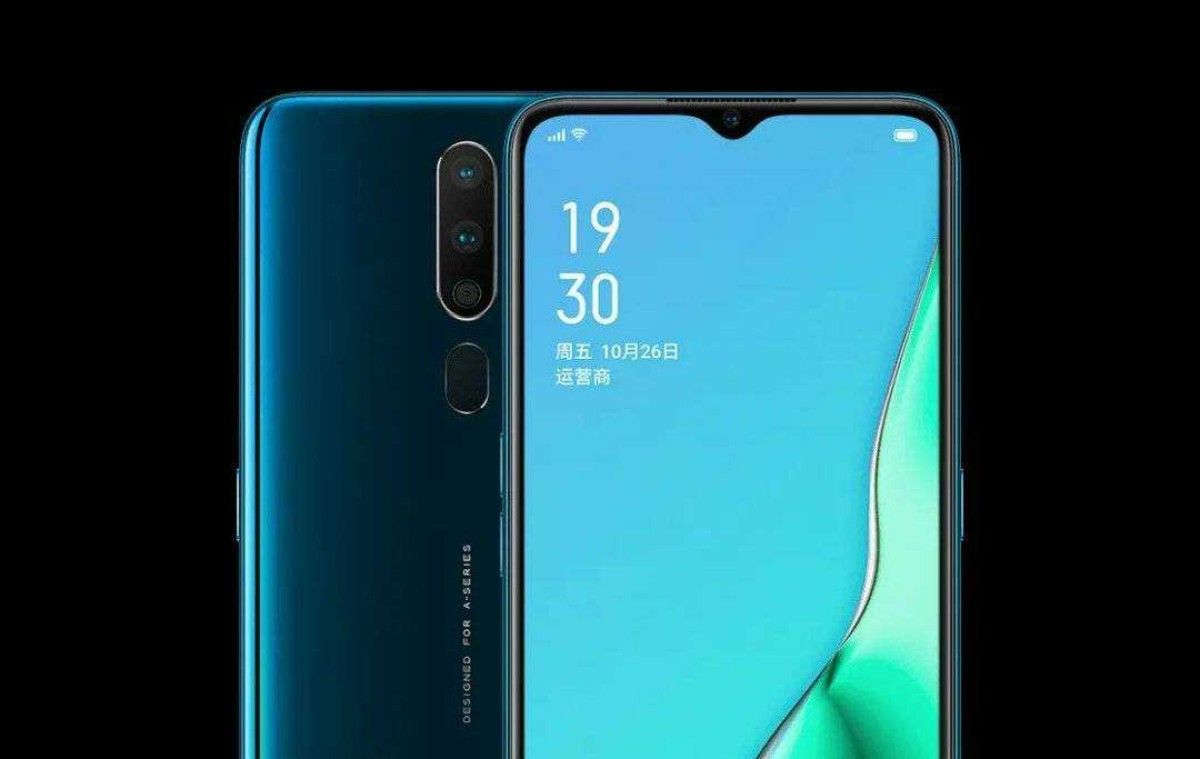 “The OPPO A11X features a quad camera setup and is priced around Rs 18,000 in China”

OPPO has announced a new handset dubbed as the A11X in China today. The smartphone is more of a rebranded version of the A9 (2020), a new mid-range device recently introduced in India. The OPPO A11X comes in two coatings, Marine Green and Space Purple, and comes in just a single 8GB RAM + 128GB configuration priced CNY 1,799 (Rs 18,000 approx). The handset can be purchased from Oppo’s official online store and JD shop. Key features of the OPPO A11X include a quad-camera setup and a big 5,000mAh battery.

In terms of design, the OPPO A11X boasts a premium glass design and measures 163.6 x 75.6 x 9.1 mm while weight is 195 grams, which is understandable considering the battery. The OPPO A11X waterdrop notch display measures 6.5-inches and is an LCD panel with a pixel density of 270 ppi and a 20:9 aspect ratio. 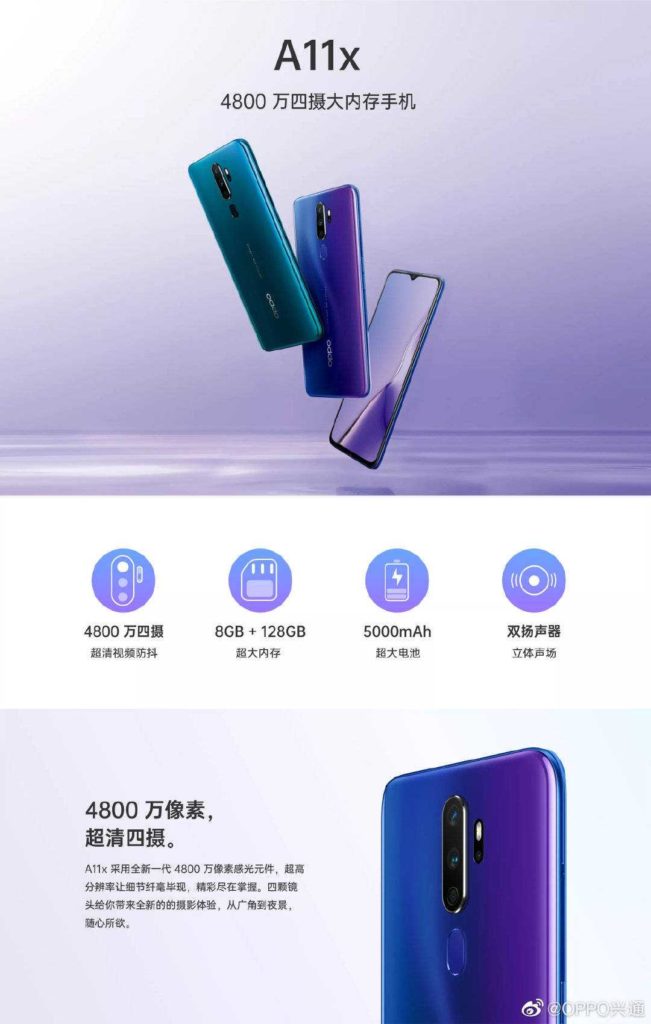 Under the hood, the OPPO A11X has an octa-core Snapdragon 665 SoC coupled with an Adreno 610 GPU also found on the Mi 9 CCE amongst several other devices. The rear camera is composed of a primary 48MP sensor with an f/1.8 aperture. That is aided by an 8MP ultra-wide sensor with f/2.3 aperture and a couple of 2MP sensors with an f/2.4 aperture. The front camera is 16MP with f/2.0 aperture and can also record videos at 1080p.

As said earlier, the 5,000mAh battery is a key highlight of the phone and powers Android 9.0 based on Color OS 6.0. Some other noteworthy features include Game Boost 2.0 and stereo speakers with Dolby Atmos support. In terms of connectivity, 802.11 ac Wi-Fi, Bluetooth 5.0, Dual 4G VoLTE, GPS, USB Type C port and a 3.5 mm headphone jack.