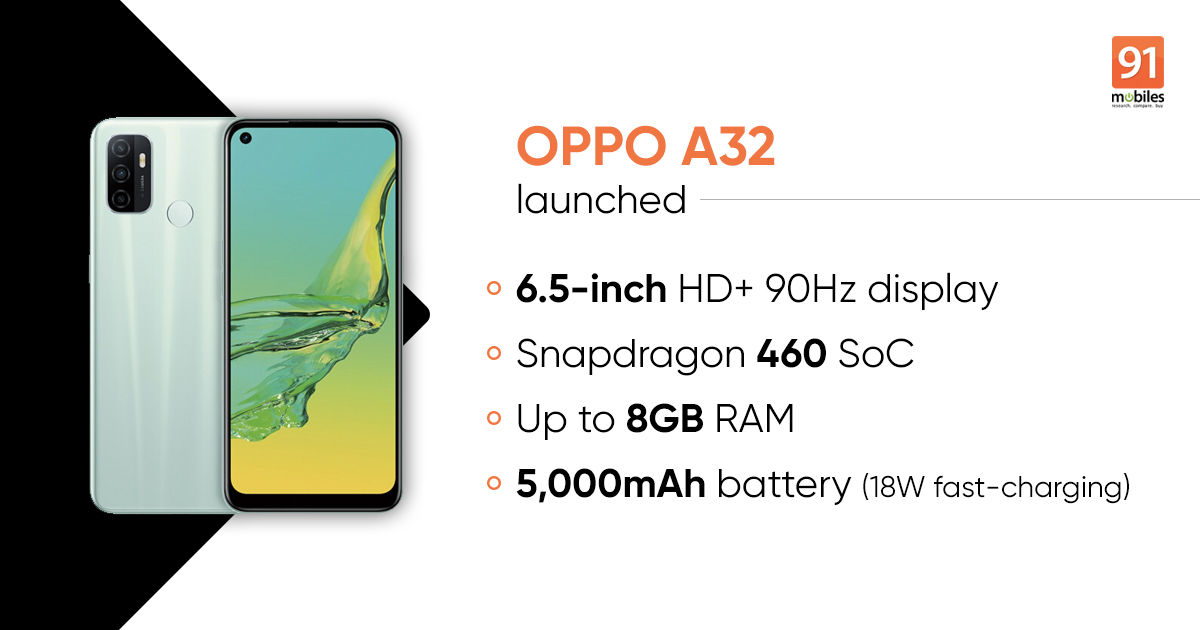 OPPO A32 has been launched in China as a successor to the OPPO A31 that debuted earlier this year. Going by the design and specifications, the OPPO A32 looks like a rebrand of the OPPO A53 that was launched in India recently. The phone has a punch-hole display for the selfie camera, a triple rear camera setup arranged vertically, and a 90Hz display. Key specs also include the Snapdragon 460 SoC, up to 128GB storage, Android 10 OS, and a 16MP selfie camera. Here’s a look at the OPPO A32 price in China and more. 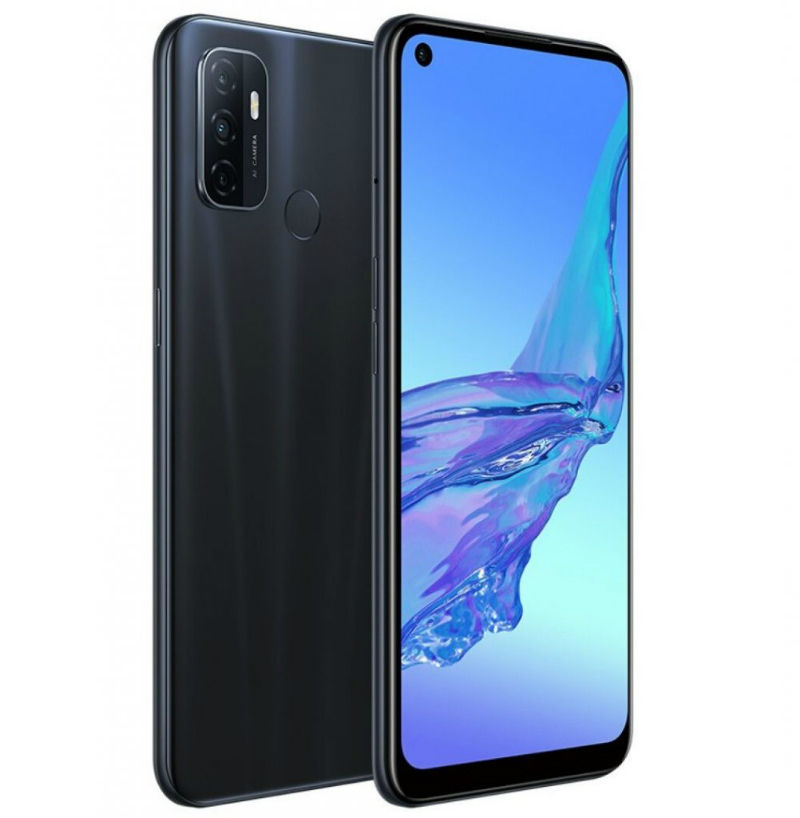 As for the optics, the OPPO A32 has a triple camera setup comprising of a 13MP primary sensor with an LED flash, a 2MP Macro Lens, and a 2MP depth unit for portrait shots. There is a 16MP snapper on the front for video calls and selfies. Connectivity features include 4G VoLTE, dual-band Wi-Fi, Bluetooth 5, GPS/ GLONASS/ Beidou, and USB Type-C for charging and data transfers. The OPPO A32 packs a 5,000mAh battery and supports 18W fast-charging solution. There is a rear-mounted fingerprint sensor for security.