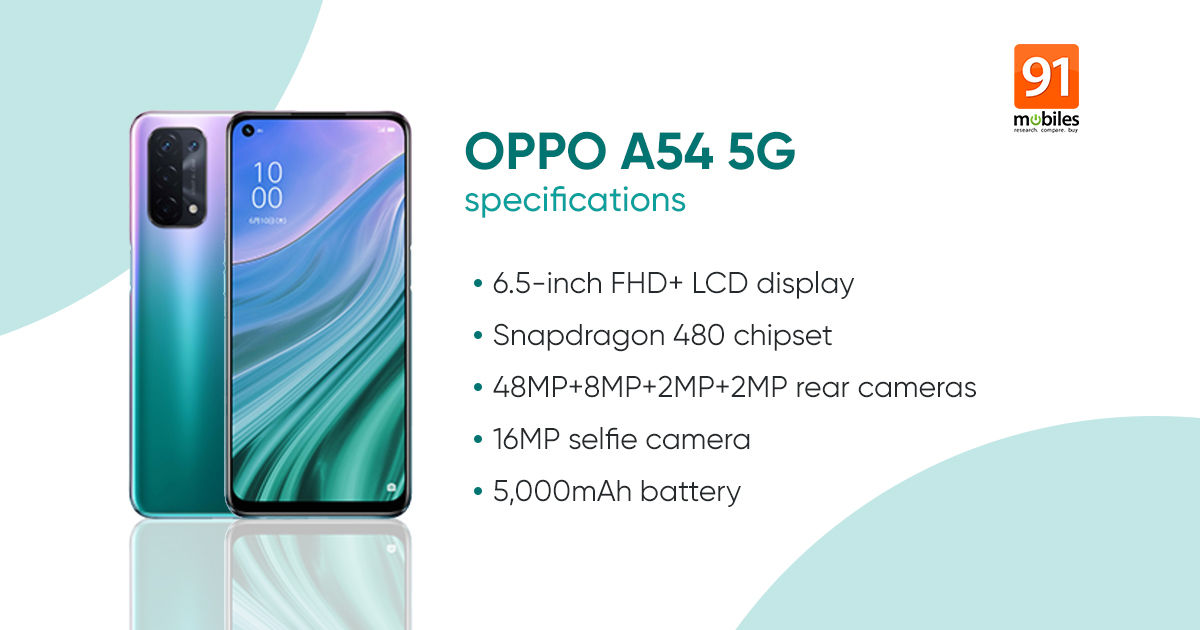 There’s another new affordable 5G smartphone from OPPO, and it has been teased in Japan for now. The OPPO A54 5G appeared on the official website for Japan’s carrier Au. The smartphone comes with a Snapdragon 400-series chipset and offers 5G connectivity. According to the carrier’s website, the budget 5G phone will be available for purchase in Japan in a couple of months. The pricing isn’t known yet, but we do know that the phone will be available in two colour options. A first look at the OPPO A54 5G design shows that it is very similar to the already launched OPPO A93 5G, but with a quad-rear camera setup instead. Read on to know all that the new phone has to offer.

While the pricing details haven’t been revealed yet, we do know that the A54 5G will be an affordable 5G smartphone for Japan. The design of the phone looks similar to the OPPO A93 5G, including the rear camera module. Most of the specifications such as display and battery capacity match that of the A93 5G. Of course, there are some differences, which include a quad rear camera setup, and new colour options. Let’s take a look at the Oppo A54 5G specifications. 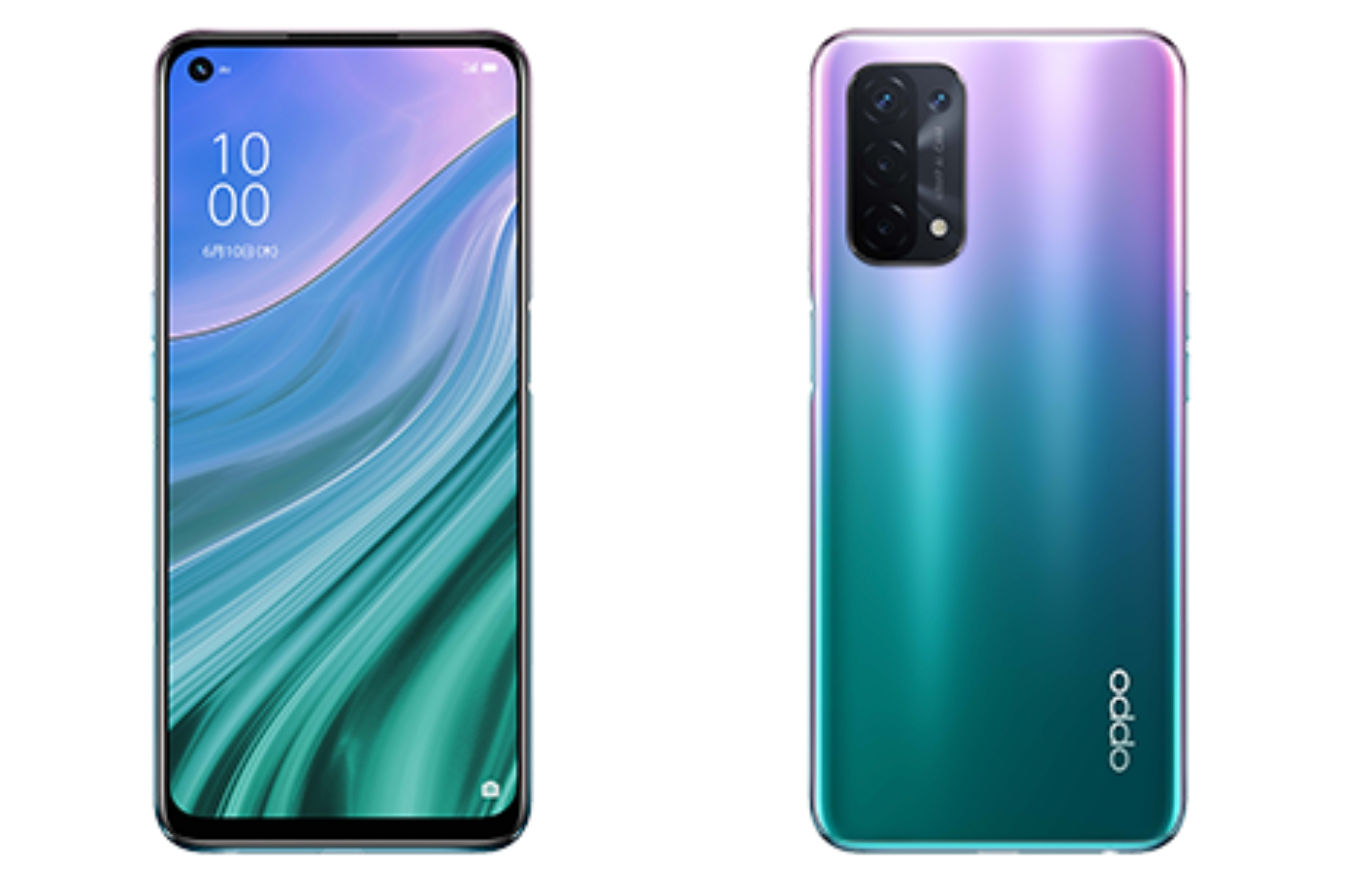 The Oppo A54 5G is equipped with a Snapdragon 480 chipset, which is paired with 4GB RAM. The phone comes with 64GB of internal storage but gets a microSD card slot for adding more. At the front, there’s a 6.5-inch LCD display that offers an FHD+ resolution. The smartphone houses a 5,000mAh battery that may support fast charging, but the website doesn’t mention it yet. As for the rear camera setup, there’s a primary 48-megapixel sensor, an 8-megapixel ultra-wide unit, and dual 2-megapixel sensors for depth and macro effects. There’s a 16-megapixel sensor selfie camera housed in a hole-punch cutout.

The phone appears to have a side-mounted fingerprint scanner and runs Android 11 based ColorOS 11. As stated in the beginning, the OPPO A54 5G will be available for purchase in Japan in June.