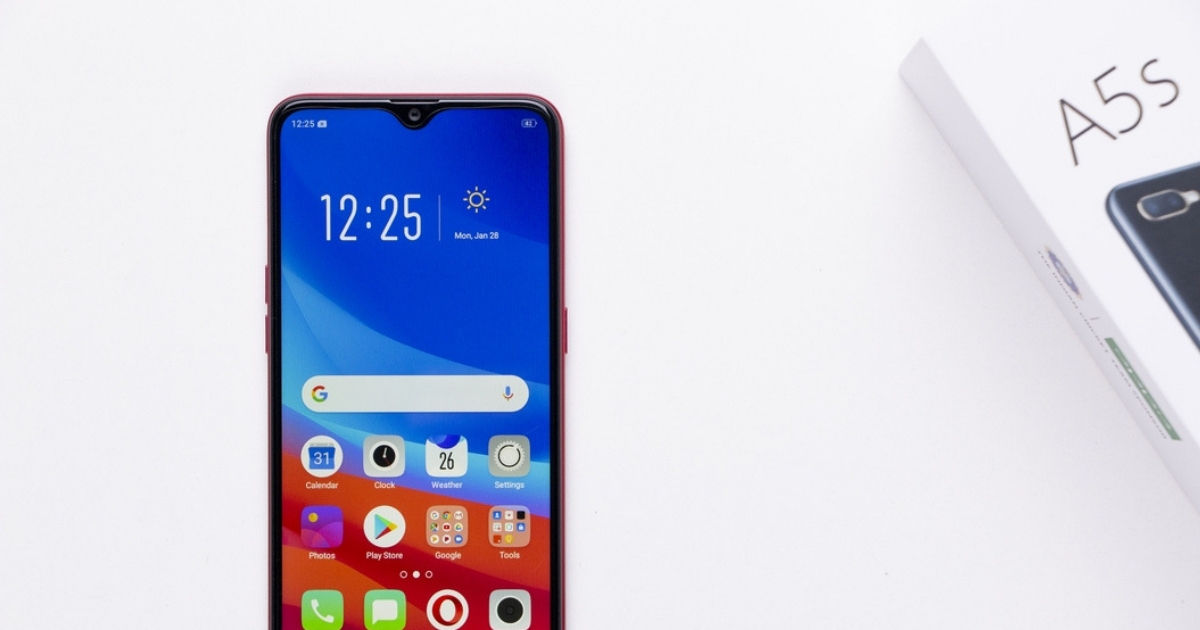 Lately, we can see that there are two kinds of smartphone consumers in India — those who prefer flashy devices and those who look for phones which offer impressive specs-to-price ratio. OPPO is usually known to cater to the first category of buyers and its latest, the OPPO A5s, doesn’t seem to be any different. Yet, it does offer to entice spec-obsessed users as well. Wondering why we think so? Well, the handset arrived at our premises recently, and here’s how we’ll sum up our initial impressions. 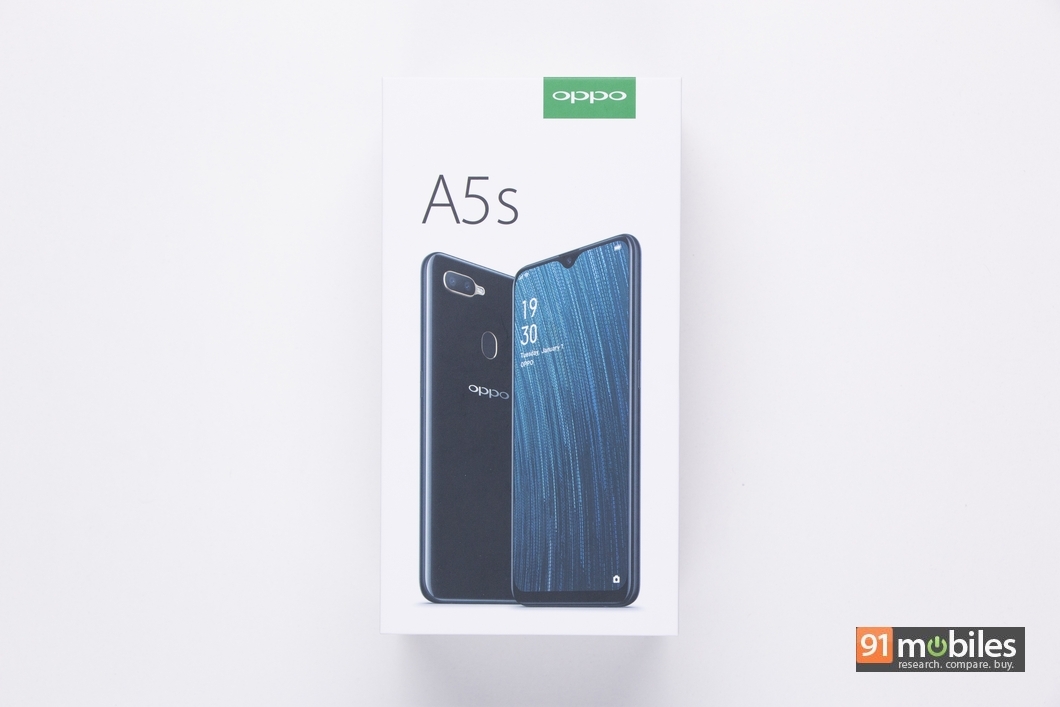 The packaging of the A5s is quite familiar to those who have seen previous OPPO offerings, as you’ll see the phone’s visuals on the top, ‘The Indian Cricket Team Sponsor’ plug on the sides and the core specs listed on the bottom. As soon as you open the box, you will find the cardboard box containing the protective case and documentation, followed by the OPPO A5s lying on top of the wall charger and a micro-USB cable. OPPO has pre-applied a screen protector on the smartphone, which is a plus. Strangely enough, you will have to look elsewhere for the SIM-ejector tool as well as earphones as the box misses out on them. 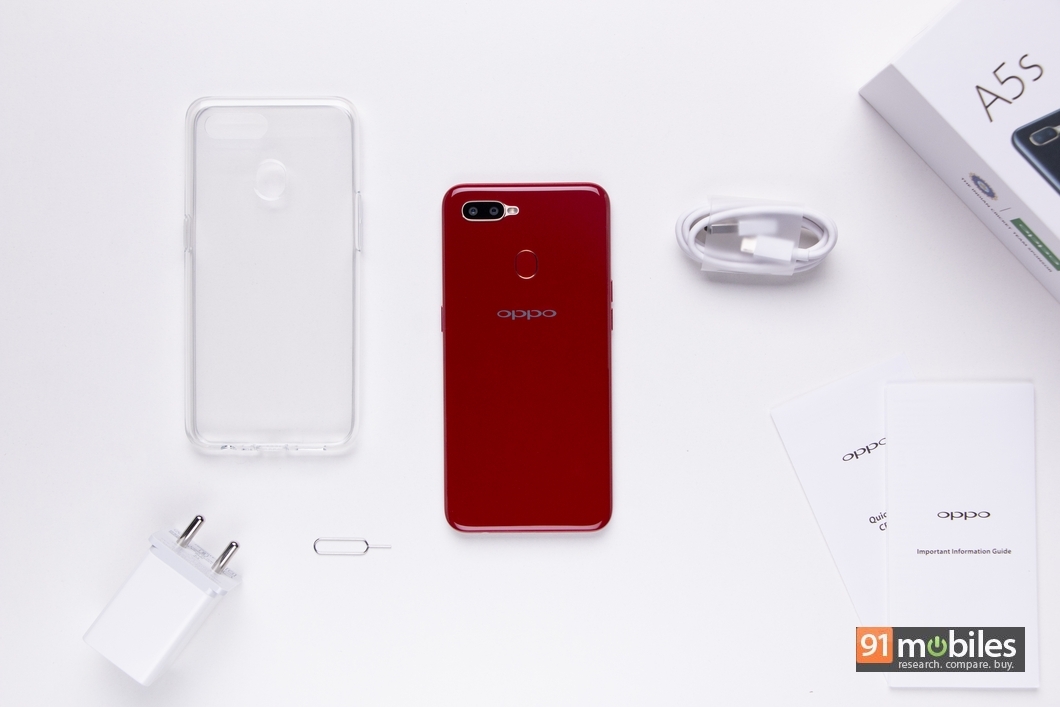 Before I start about the A5s, it’s worth noting that the newest launch is the exact same device as the last year’s OPPO A5 except for offering the waterdrop notch and drawing power from a newer chipset. Therefore, the design and feel of the handset are the same as its predecessor. I have the red model of the A5s with me, which is a colour for the 2GB + 16GB variant. You can also opt for the base model in the black hue, while the 4GB + 64GB configuration gets the gold and green colourway. The phone has a glossy finish on the back and a metal frame on sides. The rear panel houses the dual-camera module with a LED flash, an oblong fingerprint scanner and OPPO branding, all with gold trim. OPPO has placed the power button on the right spine and volume buttons with a SIM tray (dual nano with dedicated microSD slot) on the left. The top of the smartphone is bare while you’ll find the speaker grille, 3.5mm audio socket and a micro-USB port at the bottom.

As mentioned above, the fascia of the OPPO A5s features a curvier waterdrop notch. I prefer this implementation compared to the sharp U-shaped notch, as it doesn’t completely obstruct your view while watching videos. The In-cell display itself measures 6.2-inches and offers an HD+ screen resolution. The display offers punchy colours, sharp text and good daylight visibility. The phonemaker has equipped the A5s with options like Colour Temperature Adjustment, and night shield. However, those who are not a fan of display notch will have to live with it since OPPO has left out the option to hide the cut-out. 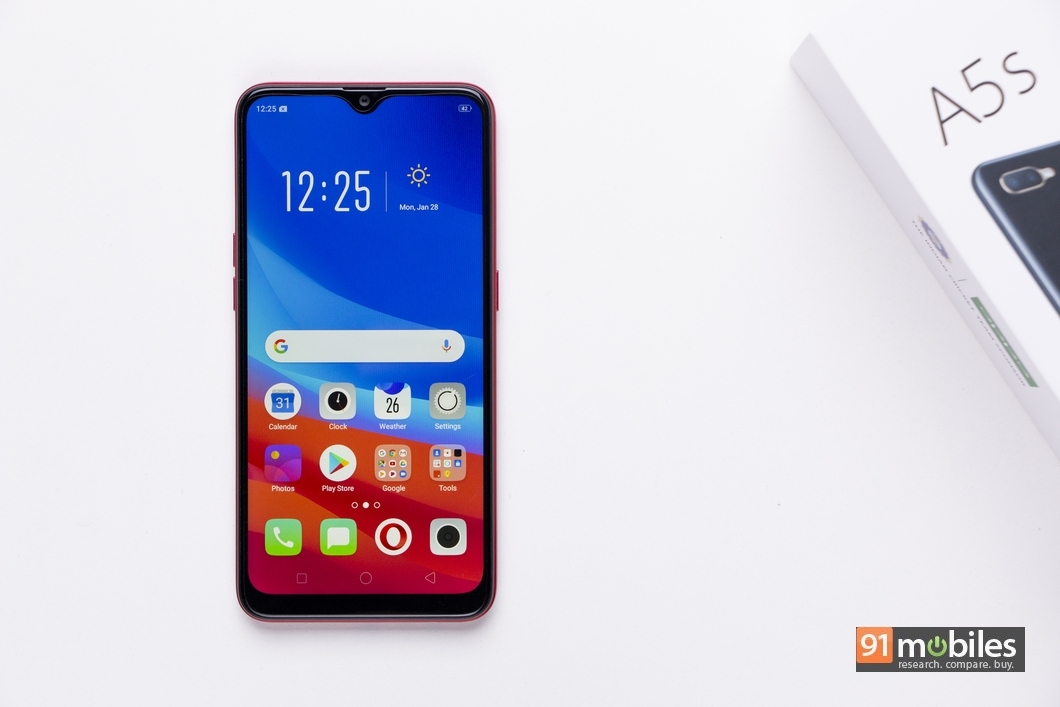 In terms of the core specs, the OPPO A5s is powered by Helio P35 chipset, which is a first in the country. The unit I had with me has 2GB RAM and 16GB storage, of which about 21.7GB is available to the end user. Despite the low RAM, the smartphone was able to perform well during my limited time with it. That said, the performance might degrade over time, so I will leave the jury open for that. As for the software, the A5s comes with Android 8.1 Oreo-based on ColorOS 5.2.1 out of the box. There is next-to-none bloatware on the smartphone and no duplicate apps, which is a plus in my book. You get features like Clone Apps, Game Space, Split Screen and more. A beefy 4,230mAh battery supports the handset. 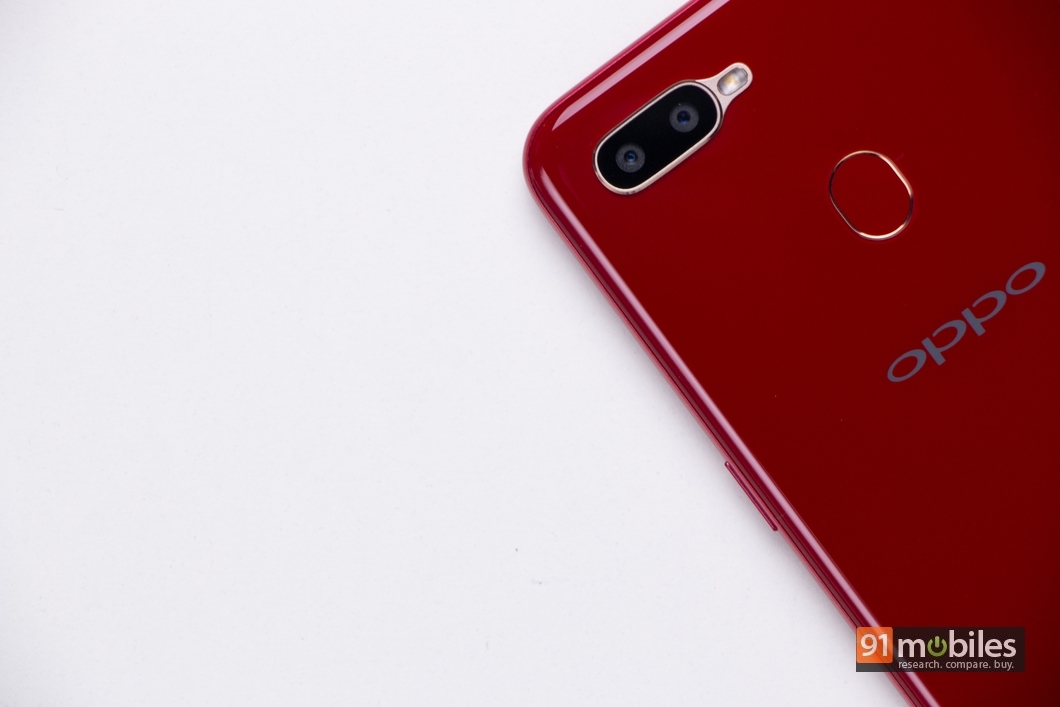 Lastly, the OPPO A5s is equipped with a pair of 13-megapixel + 2-megapixel cameras on the rear and an 8-megapixel snapper on the front. The camera app is loaded with features like Panorama, portrait, HDR, Beauty and live filters. The initial pictures shot using both front and rear camera were decent, though we would refrain from passing any judgment till we spend more time with the cameras.

With a starting price of Rs 9,990, the OPPO A5s comes across as an interesting contender in the budget segment. However, the phone arrived a day too late and is now facing competition from the Xiaomi Redmi Y3 (review) along with powerful options such as the Xiaomi Redmi Note 7, Realme U1 (review) and ASUS ZenFone Max Pro M2 (review). However, OPPO does have an edge because of its offline availability, which isn’t as widespread for its rivals.