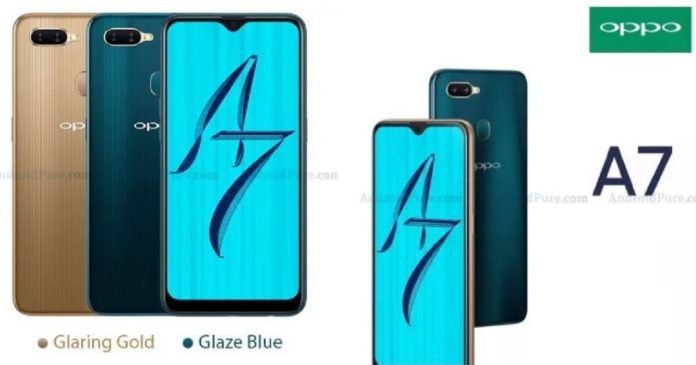 OPPO is expected to launch its new budget smartphone soon, which is speculated to be the OPPO A7. Ahead of the launch, the smartphone has been subjected to a lot of leaks and speculations including the leaked press renders and the complete spec sheet of the handset. Now the smartphone has been spotted on the popular benchmarking website – Geekbench, hinting at its imminent launch. 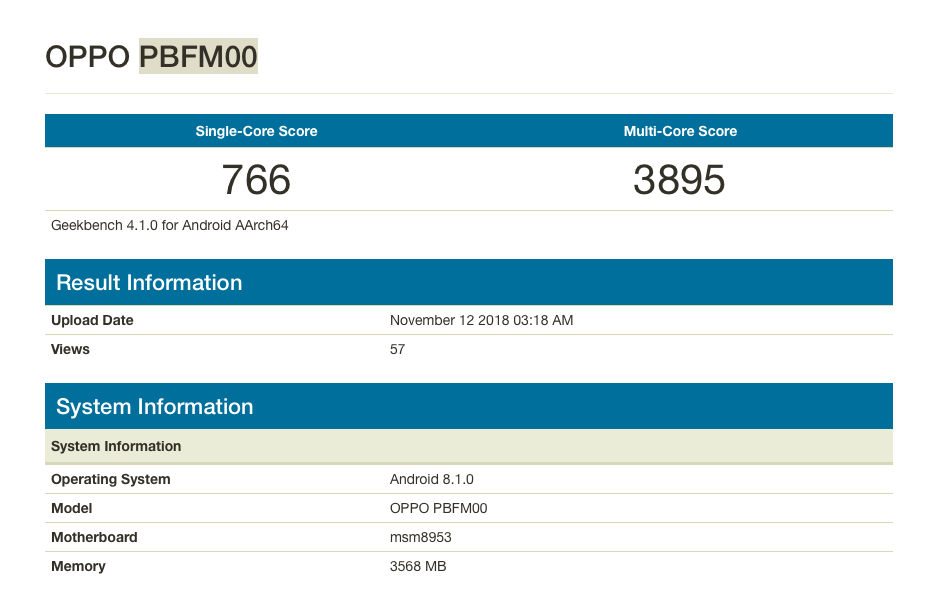 The OPPO A7 has been spotted with two model numbers on the benchmarking website – CPH1901 and PBFM00, which are just the country specific variants of the handset. Notably, the Oppo A7 will be announced as the Oppo AX7 in Singapore. The Geekbench listing shows the smartphone being powered by Qualcomm Snapdragon 450 SoC, which is backed by 4GB RAM. This information corroborates with the previous leaks. The smartphone manages to score 766 in single core test and 3,895 in the multi-core test. 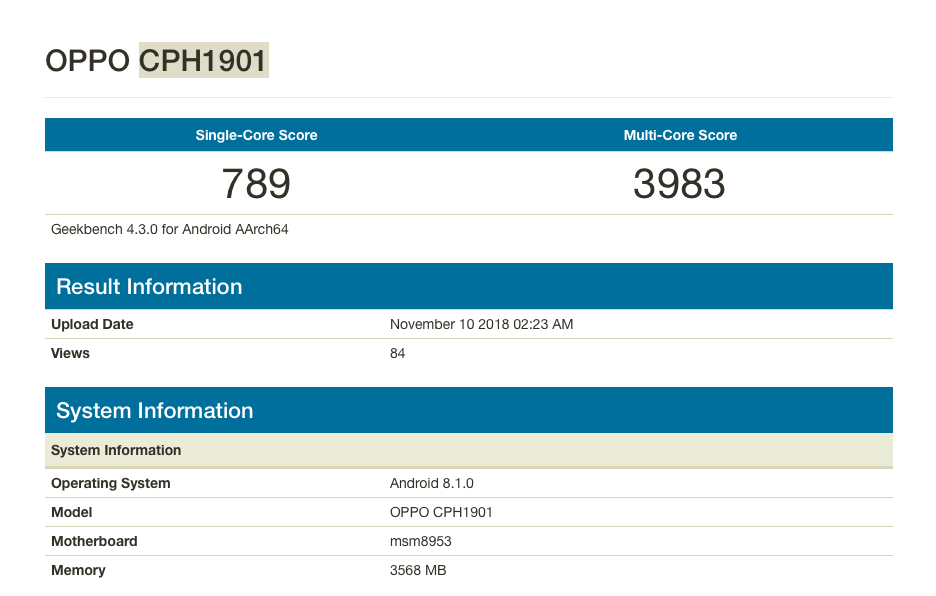 A previous leak has given us an insight into the complete spec sheet of the upcoming smartphone. The Oppo A7 is tipped to come with a 6.2-inch In-Cell display, bearing a resolution of 1,520 x 720 pixels. The Snapdragon 450 SoC will be backed by 3GB or 4GB RAM depending on the variant and 32GB storage. In the imaging department, the phone is speculated to come with a 13-megapixel primary shooter at the rear, aided by a 2-megapixel secondary shooter and a 16-megapixel shooter for selfies.

The smartphone will boot the Android 8.1 Oreo-based ColorOS 5.2 interface out of the box. Additionally, the  4G-enabled offering is expected to be fuelled by a massive 4,230mAh battery.The phone is expected to be available in Glaze Blue and Dazzling Gold colour variants. However, there is no word on the pricing of the smartphone at the moment.