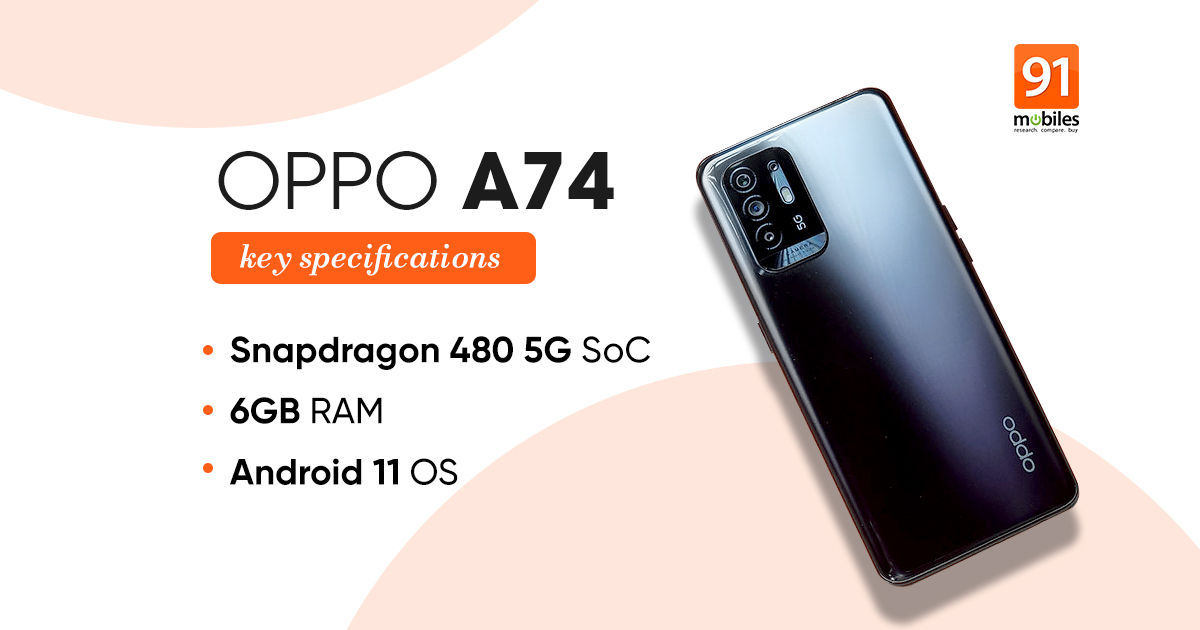 OPPO A74 launch seems to be around the corner as the phone has appeared on Geekbench now with key specs. The handset with the model number CPH2197 was spotted on Geekbench by Nashville Chatter. The OPPO A74 has managed to score 523 points in the single-core round and 1,758  in the multi-core segment. The listing reveals key OPPO A74 5G specifications, including the chipset, RAM, and Android version. The phone will come with Android 11 OS and 6GB RAM. The motherboard section mentioned, Qualcomm Holi, which is associated with the Snapdragon 480 SoC. 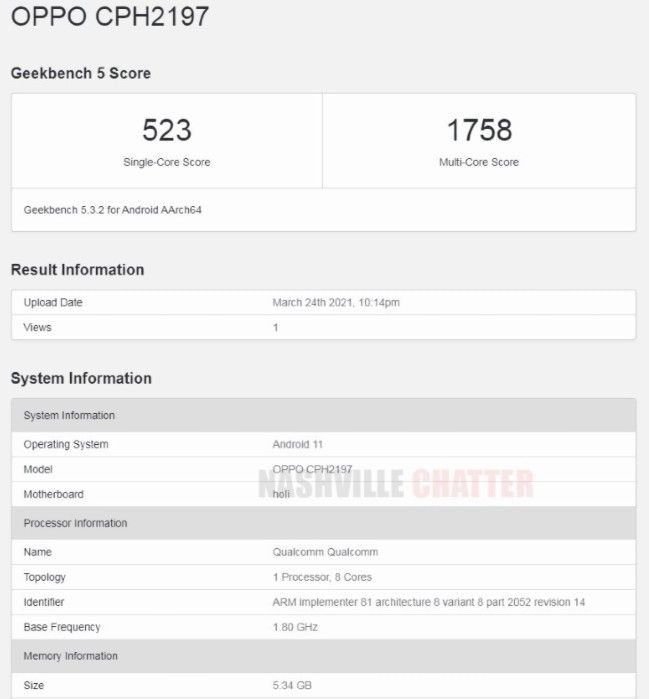 Not much else is revealed from the Geekbench listing but earlier rumours have claimed the OPPO A74 5G will come with a 5,000mAh battery and 33W fast-charging support. The OPPO A74 4G model is said to bear model number CPH2219 and it will arrive with the Snapdragon 662 SoC.

Separately, the OPPO A54 5G was recently spotted on a Japanese telecom operator, Au. The 4G version of the phone had bagged the FCC and BIS certification with the model number CPH2239. The former suggests it will have a 5,000mAh battery, 18W fast-charging support, and will run Android 11 OS with ColorOS custom skin out of the box. It will measure 163.6×75.7×8.4mm and weighs 192 grams. The BIS certification hasn’t revealed anything about the phone but it serves as an indication that the India launch is definitely on cards.

According to the listing on Au telecom, the OPPO A54 5G will be powered by the Snapdragon 480 5G SoC coupled with 4GB RAM and 64GB native storage but there could be other options at launch. It is said to sport a 6.5-inch LCD display with 2,400×1,800 pixels resolution and a 90Hz refresh rate. The phone will have a quad-camera setup at the back with a 48MP primary camera, an 8MP ultra-wide-angle lens, and a couple of 2MP sensors. It is tipped to have a 16MP sensor on the front. The OPPO A54 will be available in Fantastic Purple and Silver Black colour variants.