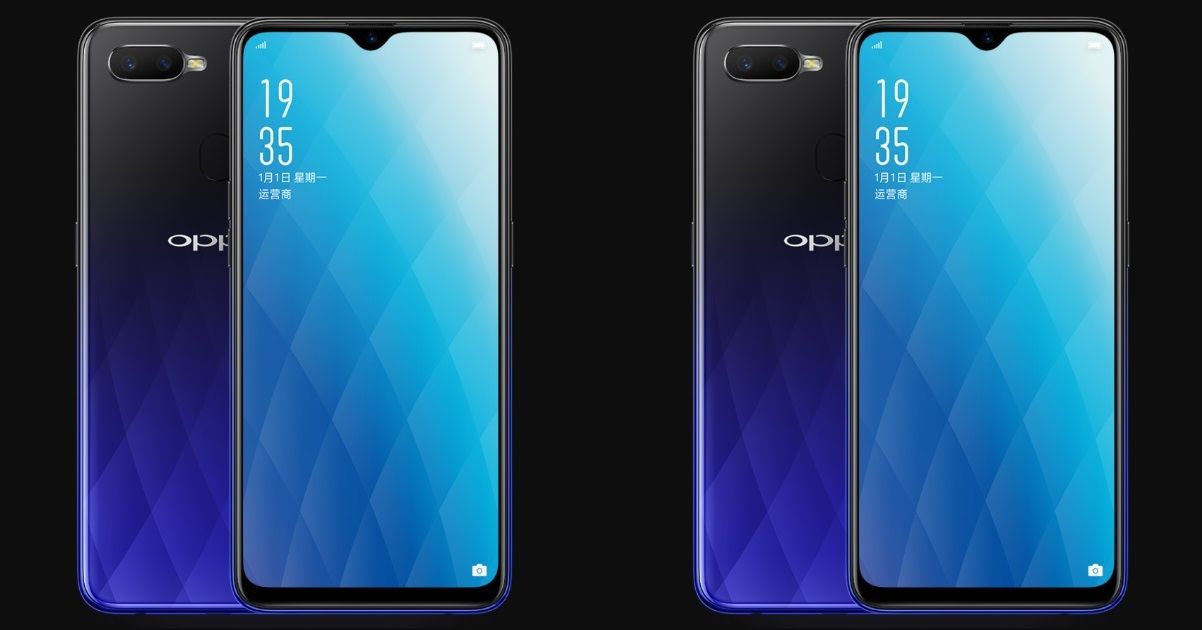 The OPPO A7X smartphone whose renders and specs sheet was leaked earlier today has just been officially announced by the brand in China. The phone appears to be a variant of the OPPO F9 and F9 Pro (review), which were launched in India recently. The A7X sports the same design language as the latest F series smartphones, except for a slightly different set of specs. Just like the F9 duo, the latest A series handset also gets a diamond-cut pattern and a fingerprint sensor on the back, and a ‘Waterdrop’ notch and slim bezels. 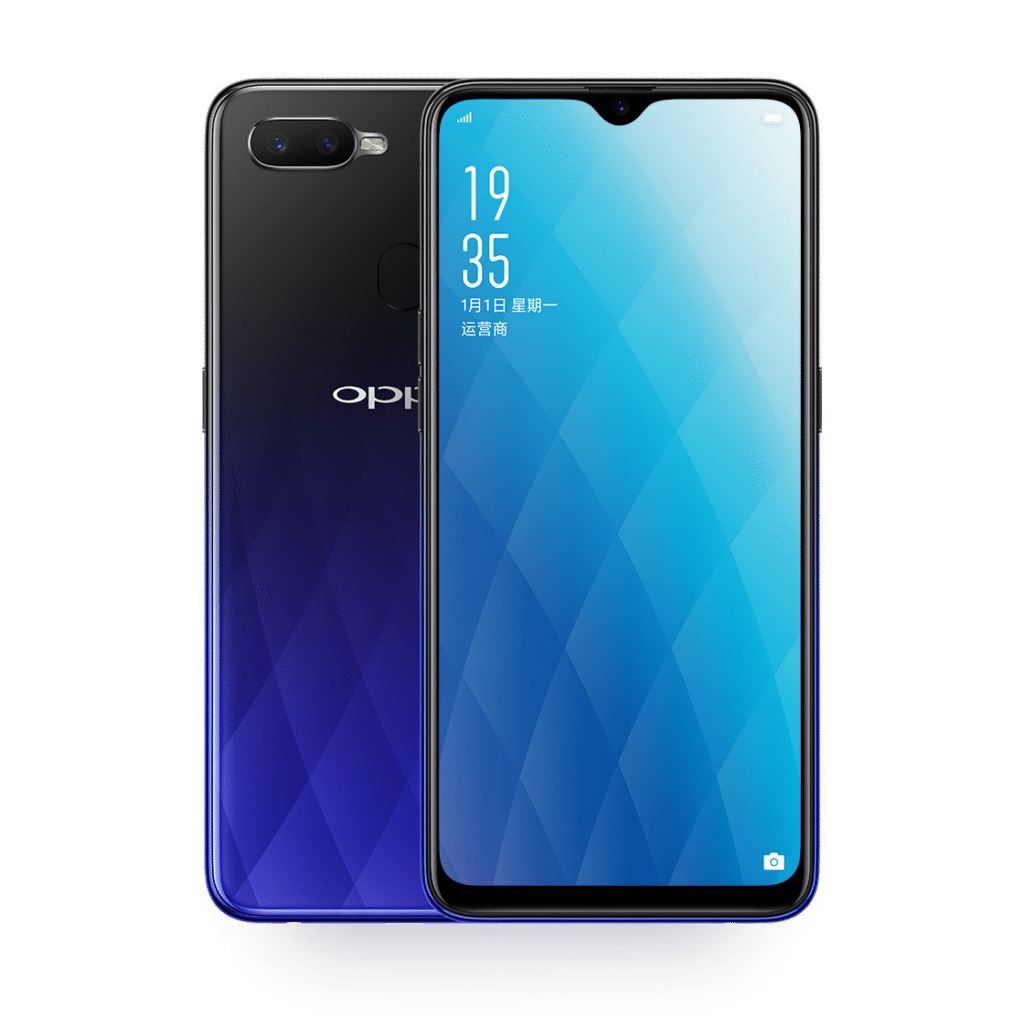 Coming to the specs, the OPPO A7X sports a 6.3-inch IPS display with a screen-to-body ratio of 90.8 percent and an aspect ratio of 19.5:9. The phone employs an octa-core MediaTek Helio P60 SoC, and comes with 4GB of RAM and 128GB of storage. For imaging, you get a dual 16-megapixel + 8-megapixel sensor with an LED flash unit on the back. The selfie camera sensor of the smartphone is unknown at the moment. 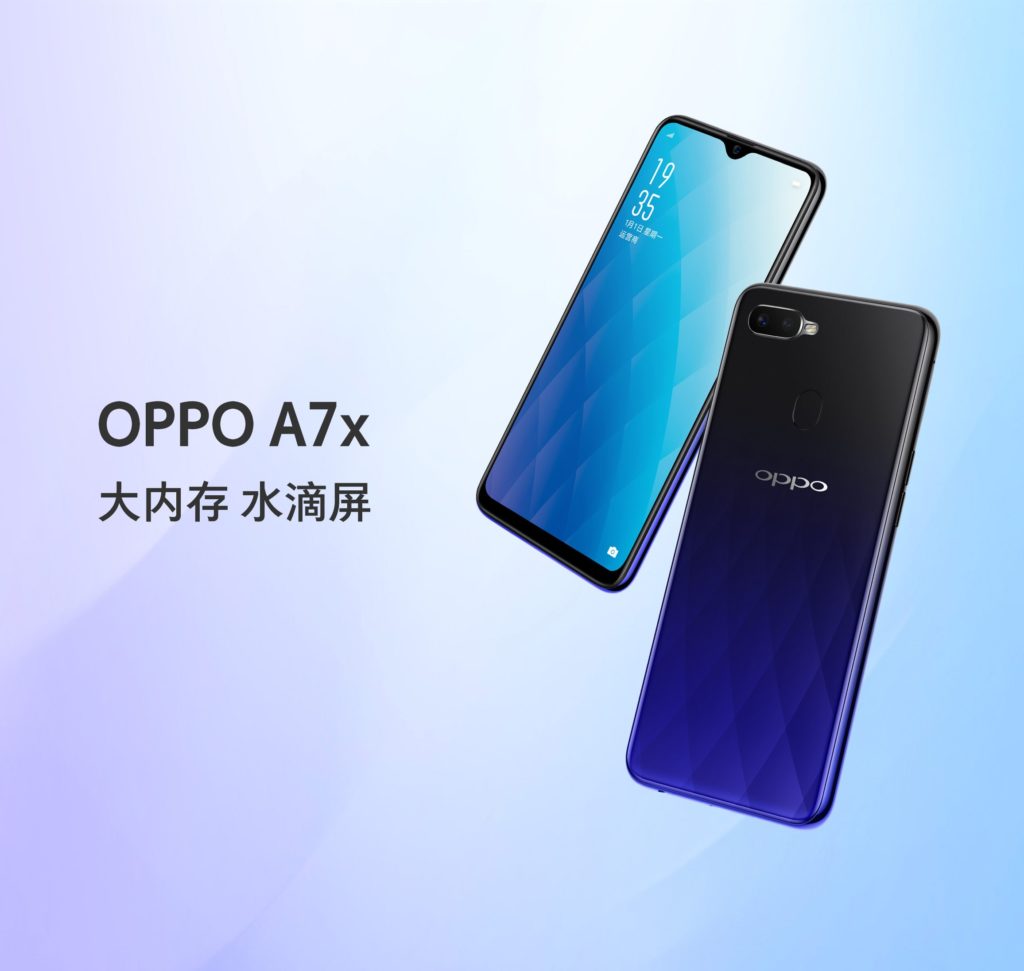 Software-wise, the OPPO A7X boots Android 8.1 Oreo-based ColorOS 5.2 out of the box, and comes with a “do not disturb” mode for interruption-free gaming. Apart from a fingerprint sensor, the phone also gets face unlock functionality for additional security. There’s no word regarding the battery capacity of the handset at the moment.

The OPPO A7X has been priced at RMB 2,099 (~Rs 22,200), and comes in Star Purple and Ice Flame Purple colour variants. The phone will go on sale in China starting from September 14th. There’s no word regarding a global launch at the moment.