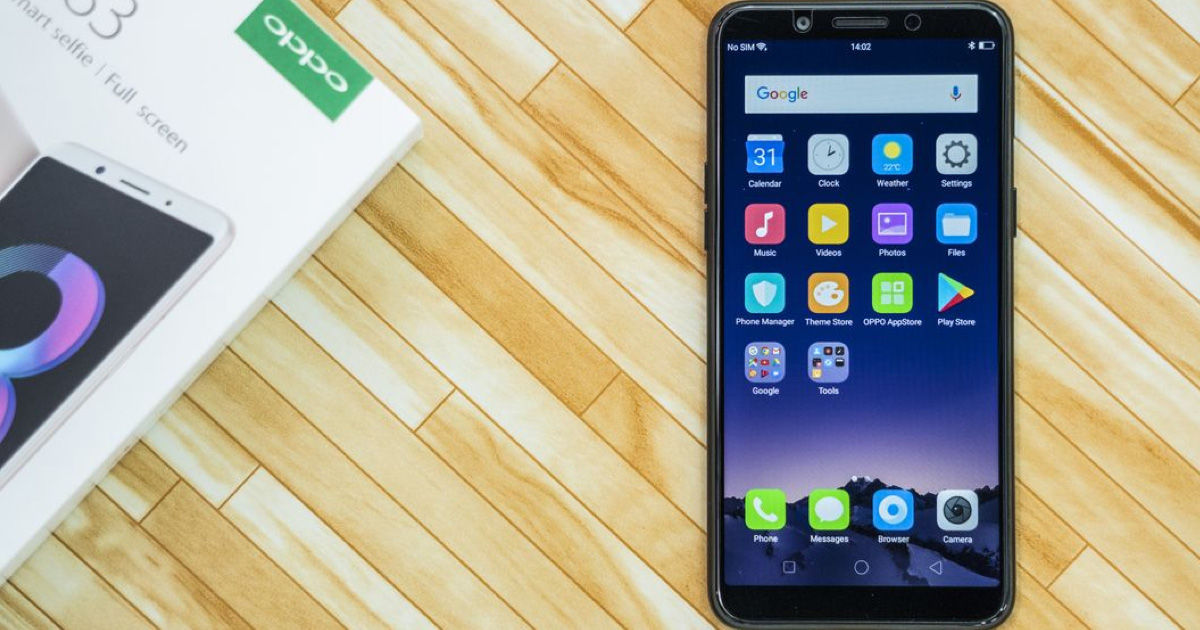 “The OPPO A83 is backed by a 2.5GHz octa-core chip which works alongside 3GB of RAM and 32GB of onboard storage”

Just about halfa month into the new year and smartphone manufacturers have alreadyflooded the market with new devices. From the Honor View 10 (review) to the Samsung Galaxy A8+(review), we’ve alreadywitnessed several smartphone launches across a wide price spectrum. OPPO just took to the stage and announced the A83 smartphone, which comes as the successor to the A57. We managed to get our hands on a unit and here are quick first impressions of the same. 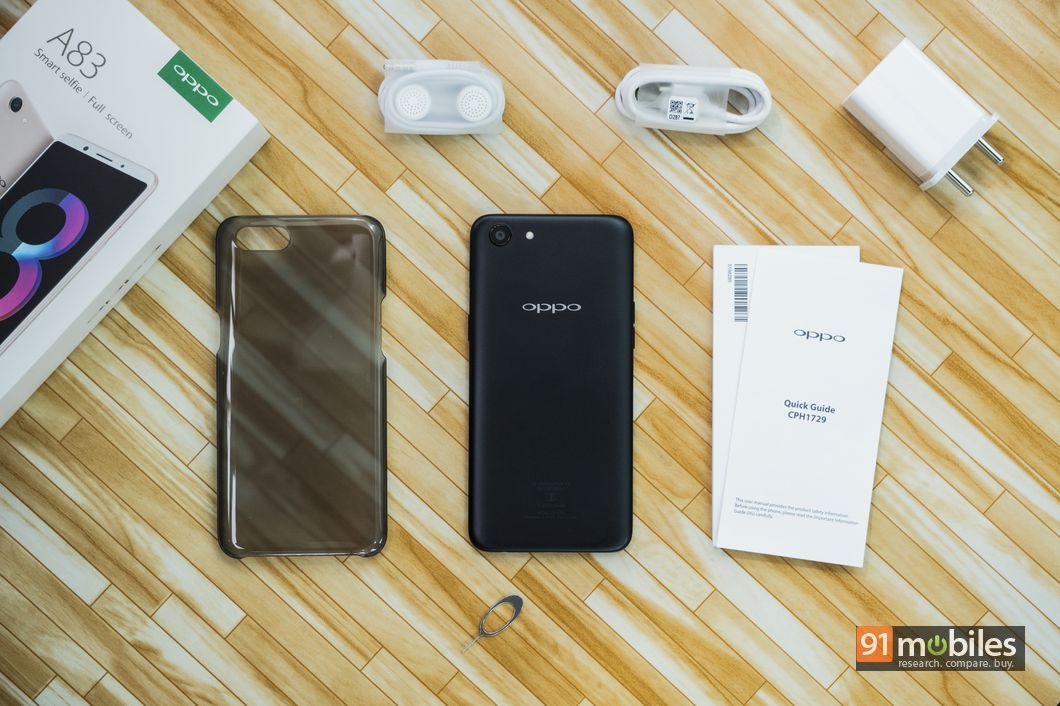 The OPPO A83 comes packaged in a white cardboard box, unboxing which you’ll get the smartphone itself followed by a slot which houses a transparent bumper case and some documentation. Buyers will also get a standard wall charger with the smartphone, along with a micro-USB cable and a pair of in-ear type earphones. 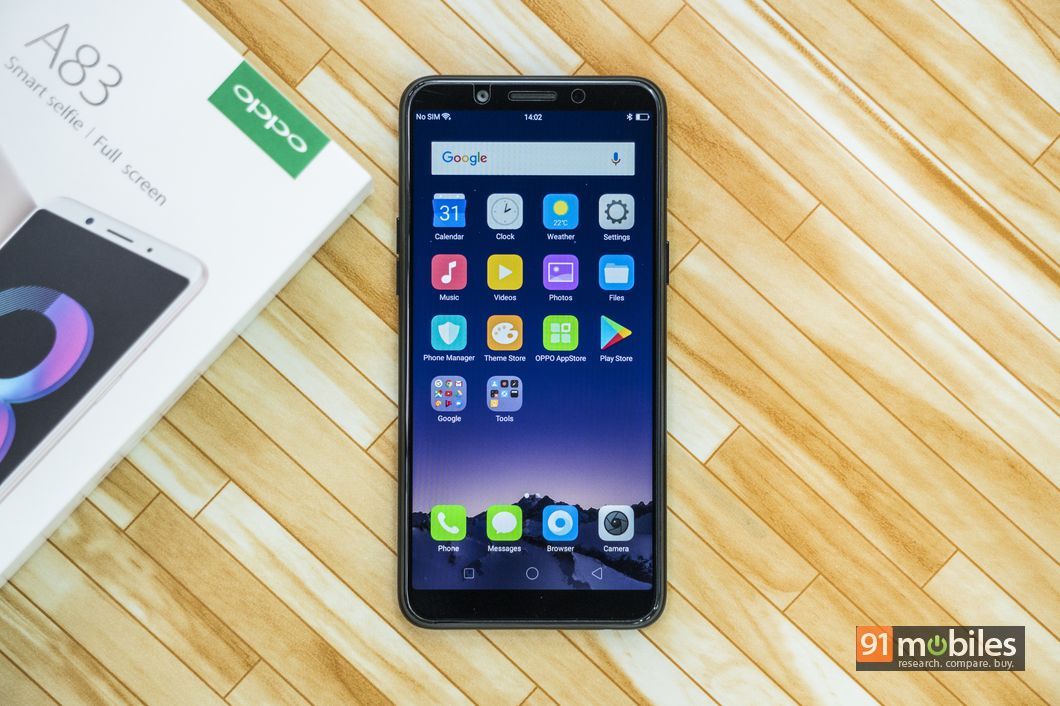 Design-wise, OPPO has gone with what works and the A83does little to differentiate itself frommost other smartphones from the company. The handset primarily employs plastic in its construction which feels soft to the touch, albeit comes with a metal trim which gives structure to the smartphone and acts as a resting plate for the device’s display. Speaking of which, the OPPO A83 ships with a 5.7-inch HD+ screen with 18:9 aspect ratio and relatively small bezels,making the size of the phone manageable with one hand. As far as the quality of the display is concerned, text appeared sharp and the viewing angles were decent too,thoughwe did notice the peak brightness level to be a bit low.

Button placement on OPPO’s latest smartphone is a pretty standard affair. The power button is located on the right spine and is flanked by a SIM tray on the top which can take two up to nano-SIMs and a microSD card simultaneously. Therefore,users won’t have to make thechoice between expanding storage or increasing their connectivity options. Moving on, the volume rockeris present on the left side of the smartphone, with the speaker unit, the 3.5mm headphone jack as well as the micro-USB port to charge the device all positioned at the bottom. The OPPO A83 does not ship with a fingerprint sensor and instead uses facial recognition for biometric authentication. While we cannot comment on howwell the feature works just yet, our initial impressions of the same are pretty solid, with the phone unlocking swiftlyin a well-lit environment. 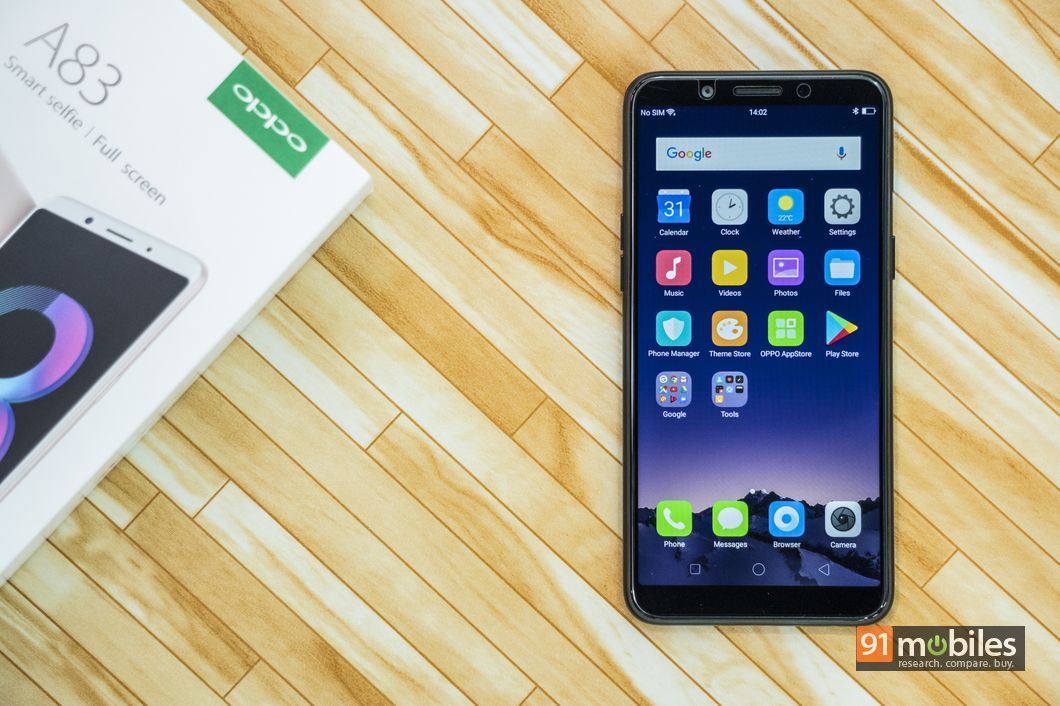 In terms of specs, the OPPO A83 is backed by a MediaTek Helio P23 octa-core chip clocked at 2.5GHz which works alongside 3GB of RAM and 32GB of onboard storage. While it’s too early to comment on the smartphone’s overall performance, we didn’t run into any stutters or lagsduring the brief time weused the device. Moving on, the OPPO A83 comes furnished with 13MP and 8MP sensors on the back and the front respectively. Interestingly, while the front-snapper of the smartphone is capable of shooting in bokeh mode, the same is absent on the rear-facing sensor. Furthermore, the smartphone is also backed by AI-beautification tech, which made its debut on the company’s F5 smartphone (review). We will be taking an in-depth look at the smartphone’s camera setup in our full review, so stay tuned for that. 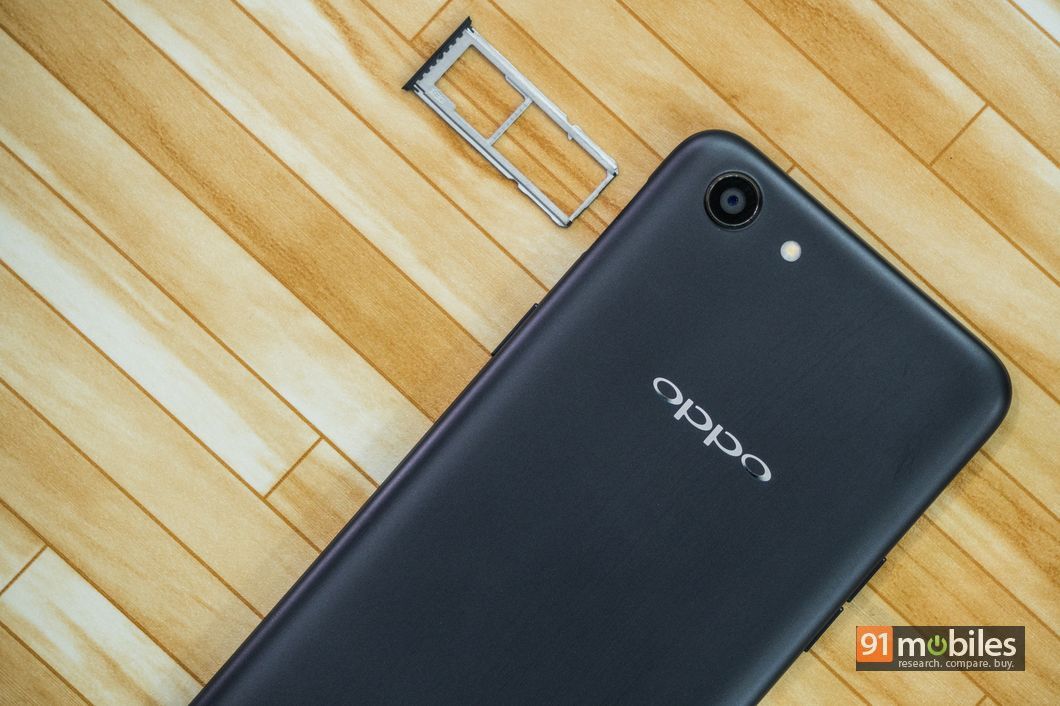 The OPPO A83 is backed by a 3,090mAh battery and runs Android v7.1.1 on top of ColorOS v3.2. The handset carries a price tag of Rs 13,990. The phone will face stiff competition from the likes of the Honor 9 Lite and the Xiaomi Mi A1(review) in this segment.

OPPO K7 5G could be in the works, key specifications tipped