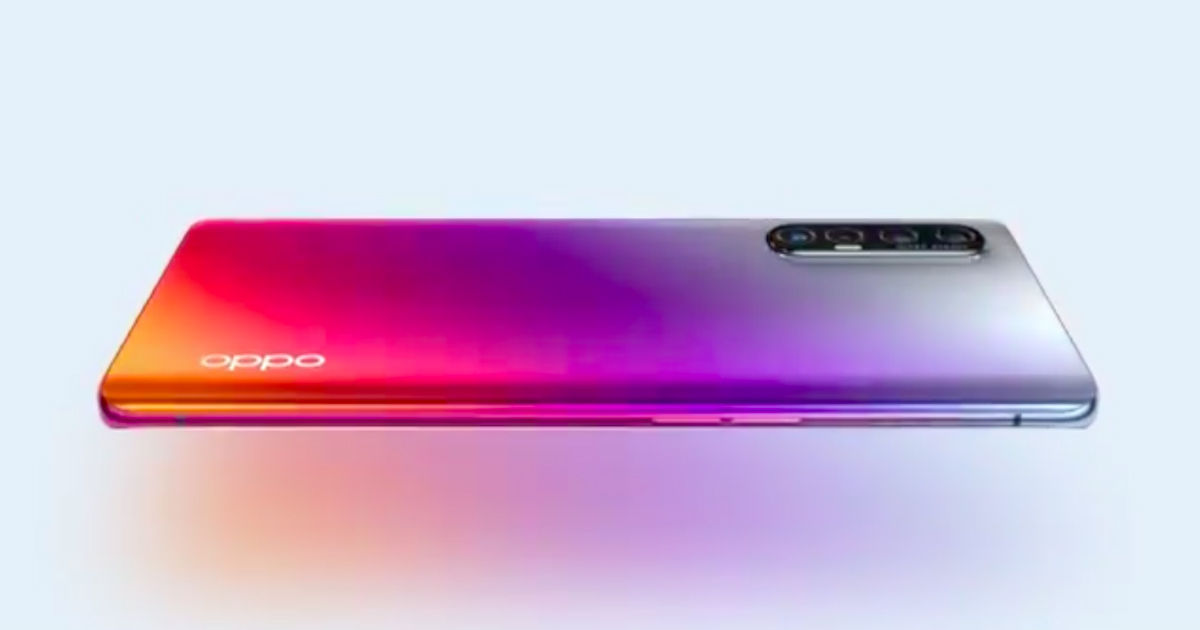 An OPPO smartphone with PCPM00 model number, which was previously spotted on TENAA, has now surfaced on Geekbench. It’s being speculated that the handset could be the upcoming OPPO A-series offering, allegedly dubbed as OPPO A91. If that’s the case, the OPPO A91 will rock MediaTek Helio P70 octa-core SoC. The chipset will be paired with 8GB of RAM and a dated Android 9 Pie OS out of the box. The phone has scored 1,479 points in the single-core test and 5,733 points in the multi-core test. 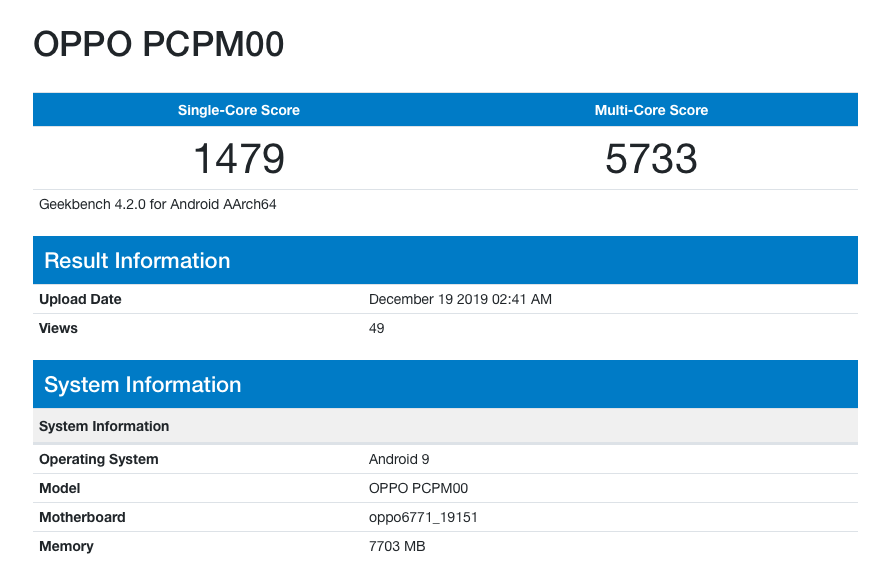 The TENAA listing, meanwhile, had confirmed that the OPPO A91 will measure 160.2mm x 73.3mm x 7.9mm and weigh 172 grams. The phone will most likely be driven by a 3,935mAh battery. In addition to this, an OPPO A91 poster was leaked a few days ago. It reveals that the phone will come clad with a dot notch display and multiple camera setup at the back. The handset will feature a 48-megapixel primary camera, 8GB RAM + 128GB storage, and VOOC 3.0 fast charging support.

Apart from the OPPO A91, the vendor also seems to be working on the all-new OPPO A8 and OPPO Reno 3 series smartphones. The OPPO A8 will reportedly ship with 128GB storage, 6.5-inch waterdrop display, and a whopping 4,250mAh battery. The Reno 3 series, on the other hand, will have as many as three models, namely OPPO Reno 3 5G, Reno 3, and Reno 3 Pro. The OPPO Reno 3 5G is tipped to rock a 90Hz refresh rate display and Snapdragon 765G SoC, while the Reno 3 would feature a 64MP sensor.

The regular OPPO Reno 3 5G smartphone is expected to come with MediaTek Dimensity 1000L 5G SoC, a 6.5-inch full HD+ AMOLED display with 2,400 X 1,080 pixels resolution and in-display fingerprint sensor for security, and quad-rear camera setup with 64MP primary sensor, an 8MP secondary sensor, a 13MP lens and a 2MP snapper. On the front, it could feature a 32MP selfie unit.