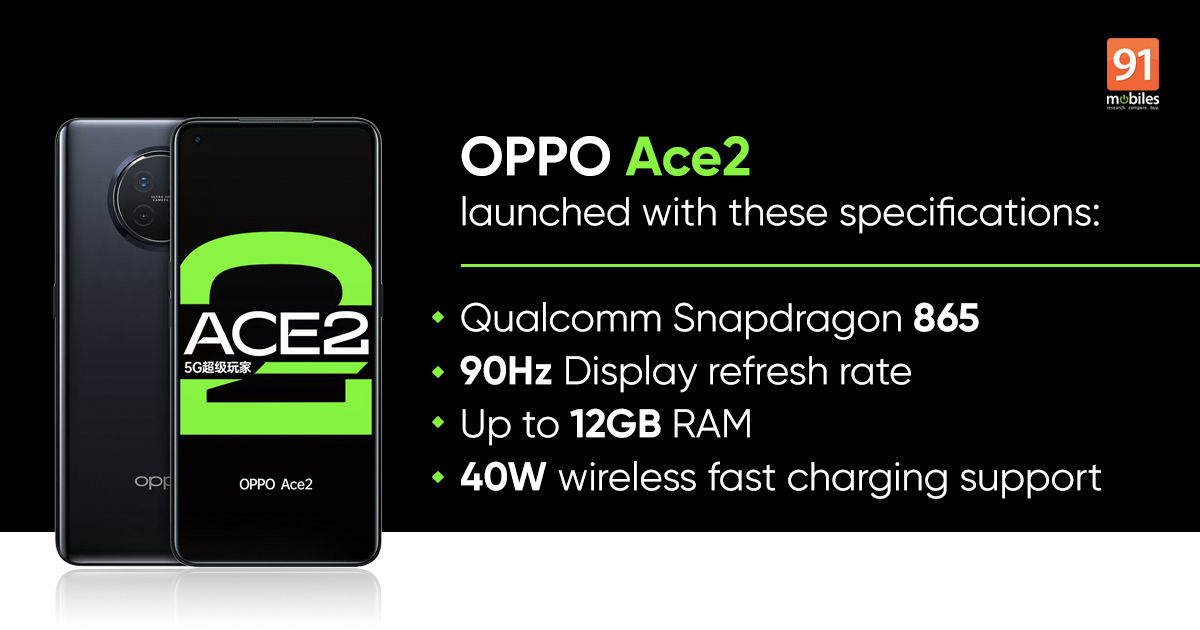 OPPO has today announced the Ace 2 smartphone in China dropping the Reno branding, which had been touted for quite some time. It is unclear whether the phone will be launched in India or not but based on the fact that Reno Ace did not launch in the country, the chances of the Ace 2 coming are pretty slim. This is another flagship-grade device from the company after having announced the Find X2 Pro, in the global markets in March.

While the Ace 2 isn’t on the flagship standard of the Find X2 Pro, it still boasts incredible specs. Powering the phone is a flagship Snapdragon 865 SoC and there is support for dual-mode 5G. The phone comes with a 6.5-inch full HD+ AMOLED display with a punch-hole cutout, an in-display fingerprint sensor for security and Corning Gorilla Glass 6. In line with the current trend, the phone’s display supports a high 90Hz refresh rate. The display also has features like E3 Luminescent panel, 402ppi pixel density, peak brightness of 1100nits.

In terms of wired charging, Ace 2 supports the same 65W SuperVOOC 2.0 charging technology that was seen also on the Reno Ace. As far as optics go, the phone has a quad-camera setup with a 48MP main camera along with an 8MP ultra-wide sensor and 2MP macro and depth sensors.