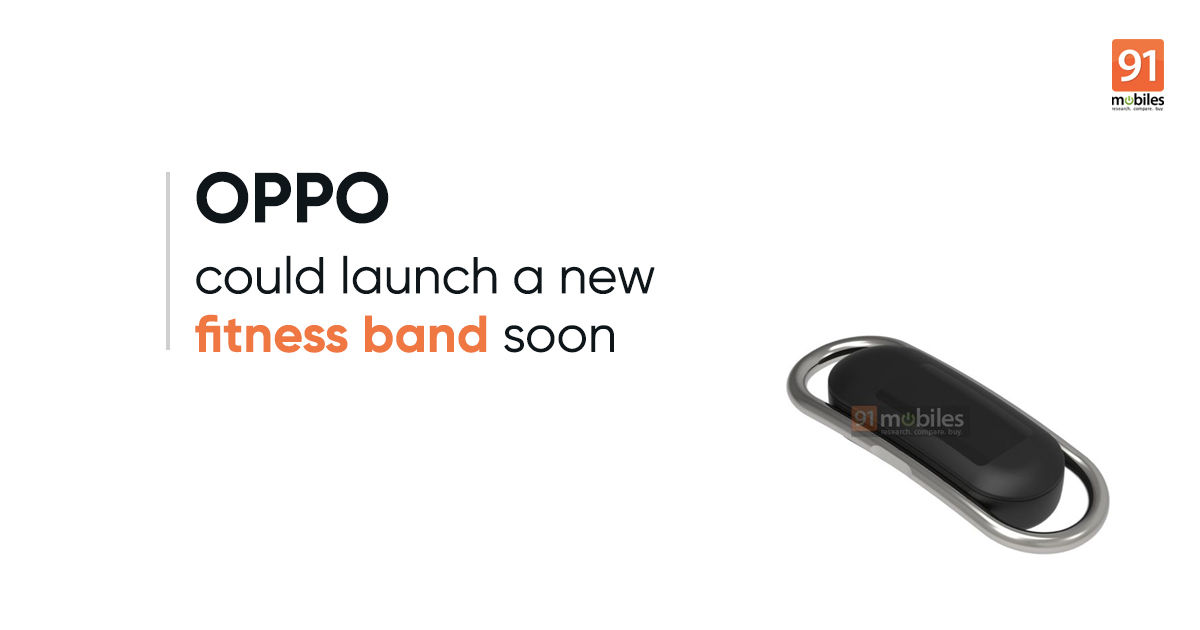 OPPO has filed a patent for a bracelet display at the State Intellectual Property Office of the People’s Republic of China, as discovered by 91mobiles. The patent description suggests the bracelet can display time on the tiny screen, but considering the renders also show what look like a heart rate sensor and charging pins at the bottom of the device, it could also function as a basic fitness tracker. As a fitness tracker, the device’s screen could also show notifications, steps counter and more from the connected smartphone. OPPO has not launched a fitness band since the O-Band tracker back in 2014.

The renders show the pill-shaped body inside a larger metal ring. This design is pretty unique and one that isn’t easy to understand. We see a small dimple on the left side of the metal ring, which could be to pressure-sensitive button to control the display. The ends of the ring could be attached to straps so as to wear the device on the wrist. Again, these are mere speculations as of now. The display itself is pretty small, leaving plenty of bezels on around it.

Unfortunately, not much else is known about the OPPO bracelet’s hardware or its features set, but since it’s still in the patent stage, there’s no way to tell if the brand would ever launch it commercially. OPPO re-entered the wearable segment recently with the OPPO Watch that has a curved AMOLED display and an Apple Watch-like form factor. The bracelet display patent could suggest the company will launch a fitness band soon, and it may or may not look like the renders above.

Back in 2014, the company launched the OPPO O-Band fitness tracker, which offered a very simple and minimalistic design. It featured a dot-matrix display that offered basic information like showing time, number of steps and calories burned. With brands like Realme and Xiaomi offering fitness trackers, it looks like OPPO could be ready to make a comeback in this segment soon enough.