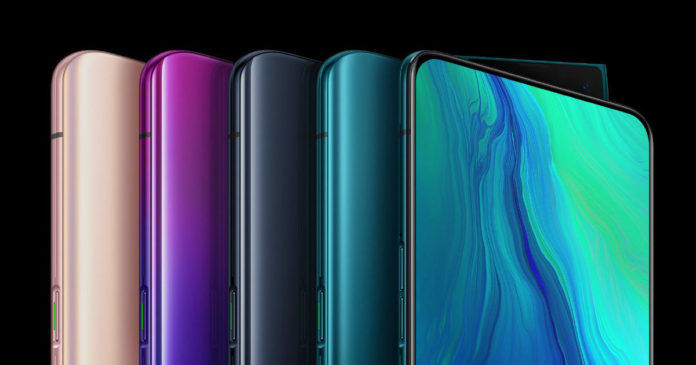 Last month, OPPO debuted its brand new Reno series of smartphones. The company introduced two models in the new series called the OPPO Reno and Reno 10x Zoom Edition. The brand is now rumoured to be planning to launch a few more Reno branded handsets in the coming months. Ahead of an official announcement, two new Reno phones appeared on the Chinese certification agency TENAA earlier this week. Now, two more OPPO handsets have been certified by Bluetooth SIG, which could be part of the Reno series.

Bluetooth SIG has certified the new OPPO phones under the model number OPPO CPH1983 and CPH1979. Notably, the certification has revealed almost all the specs of the upcoming handsets. Talking about the OPPO CPH1983 first, the phone has a 6.4-inch HD display, and is powered by a 2.2GHz octa-core Qualcomm Snapdragon 710 processor. The device sport a 16-megapixel primary shooter at the rear, aided by a 2MP secondary snapper. For selfies, the handset has a 25-megapixel camera. The listing also reveals that the 4G smartphone has dual-band Wi-Fi and boots ColorOS V6.0 based on Android Pie.

As for the OPPO CPH1979, the phone appears to be a high-end offering. The device has a slightly bigger 6.41-inch HD AMOLED display, and boots the same ColorOS V6.0. Powering the handset is a 2.2GHz octa-core MediaTek Helio P90 processor, aided by a beefy 4,035mAh battery. At the rear, the phone sports a 48-megapixel main camera, aided by a 5-megapixel secondary shooter. For selfies, the handset is equipped with a 32-megapixel sensor.

Sadly, the Bluetooth certification hasn’t revealed the exact names of these OPPO smartphones. However, since they have been certified by Bluetooth SIG, and possibly by TENAA recently, we expect them to be officially unveiled in the near future.