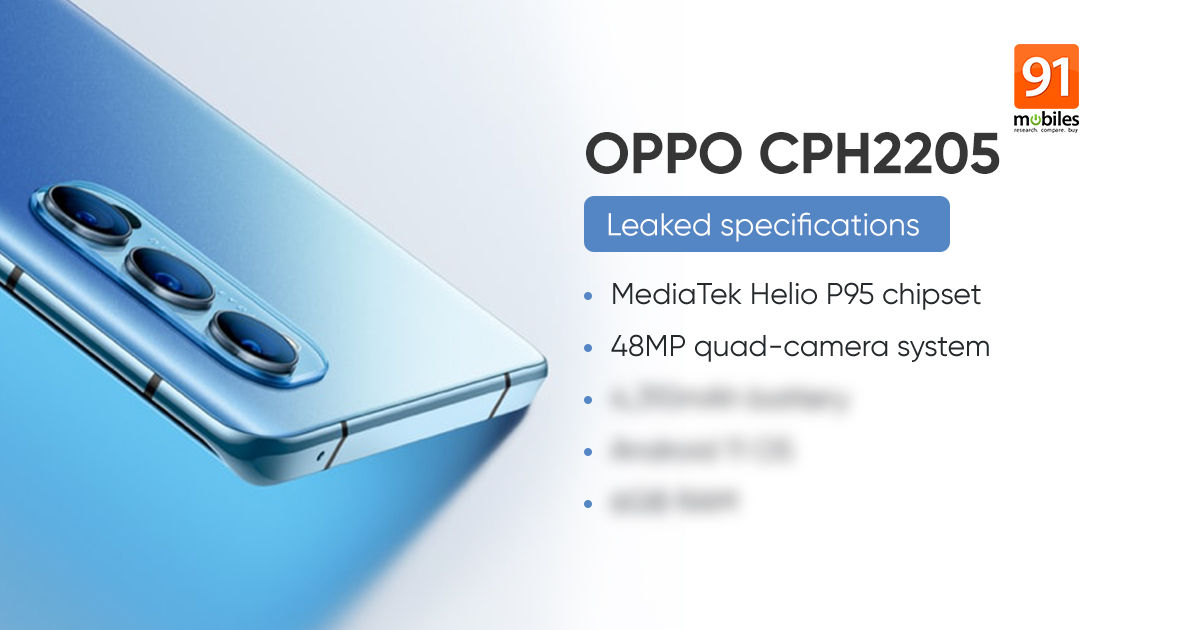 OPPO phone with model number CPH2205 has been spotted on the Geekbench benchmarking website by 91mobiles. This comes a few days after the model appeared on the FCC certification website where the phone’s key specifications and design were revealed. To recall, we already know that the OPPO CPH2205 phone will come with a rectangular rear camera module with four rear cameras. Other details revealed via FCC include the battery capacity, dimensions, and connectivity features. Now, the Geekbench listing reveals key OPPO CPH2205 specs, including the chipset, RAM, and software version. 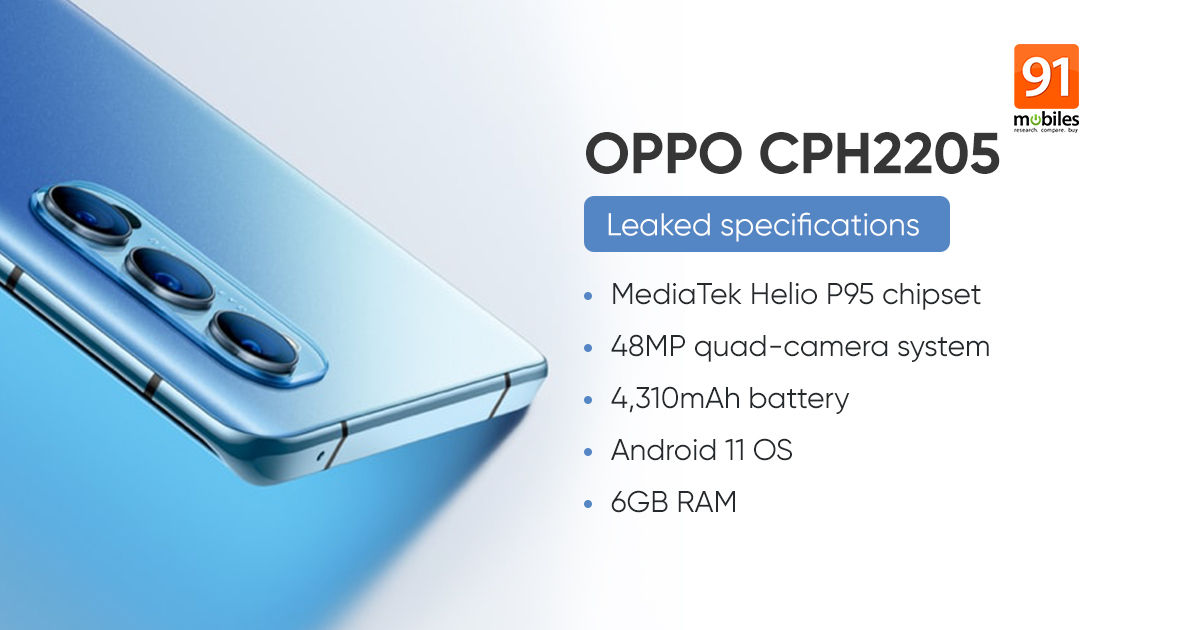 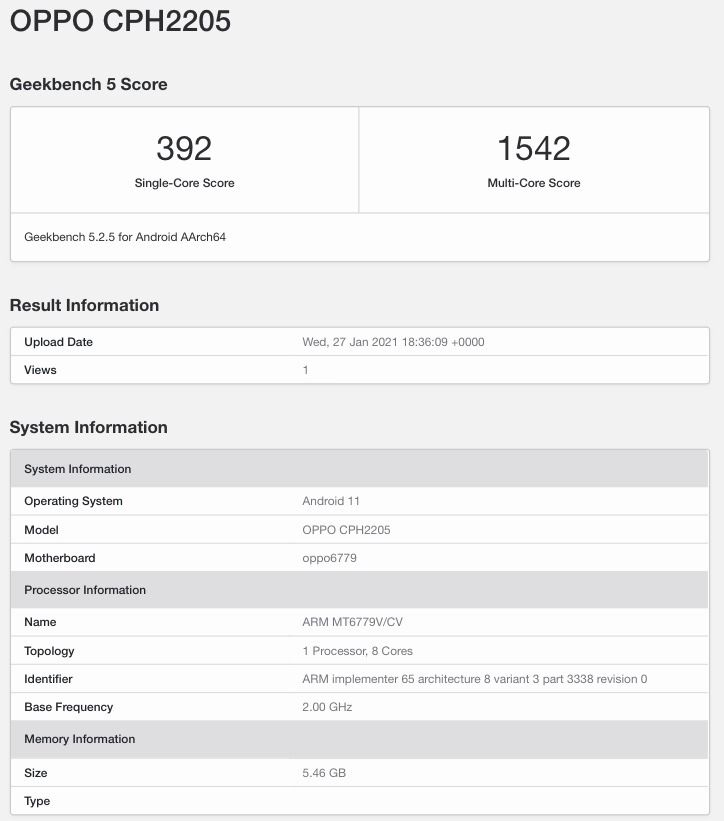 The FCC website revealed that the OPPO CPH2205 phone will come with a 4,310mAh battery, a 48MP quad-camera system, dual-band Wi-Fi, Bluetooth, and 4G LTE. The handset measures 160.1mm in height and 73.2mm in width. The screen diagonally measures 159mm and the phone is listed running on ColorOS 11.1. We expect to learn more about the OPPO CPH2205 including its official marketing name in the days to come.