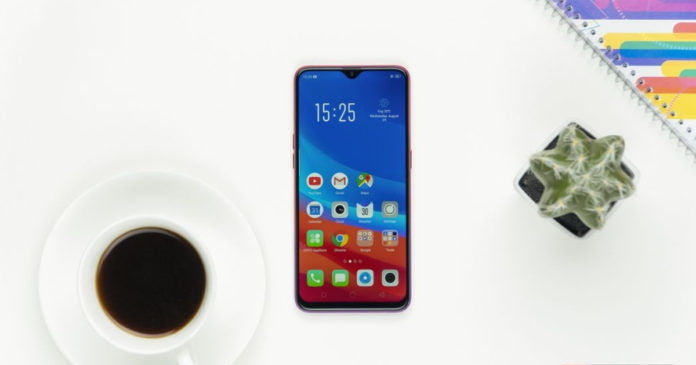 Last week, OPPO introduced a camera setup with a 10x optical zoom lens in China. The OEM also announced that it’ll showcase the smartphone with the camera tech at the upcoming tech trade show – MWC 2019 – in Barcelona, Spain. Ahead of that, OPPO’s F-series smartphone has surfaced on certification agency of three different countries (Malaysia, Indonesia, and Thailand). The handset has been spotted with ‘F11 Pro’ moniker and model number CPH1969. 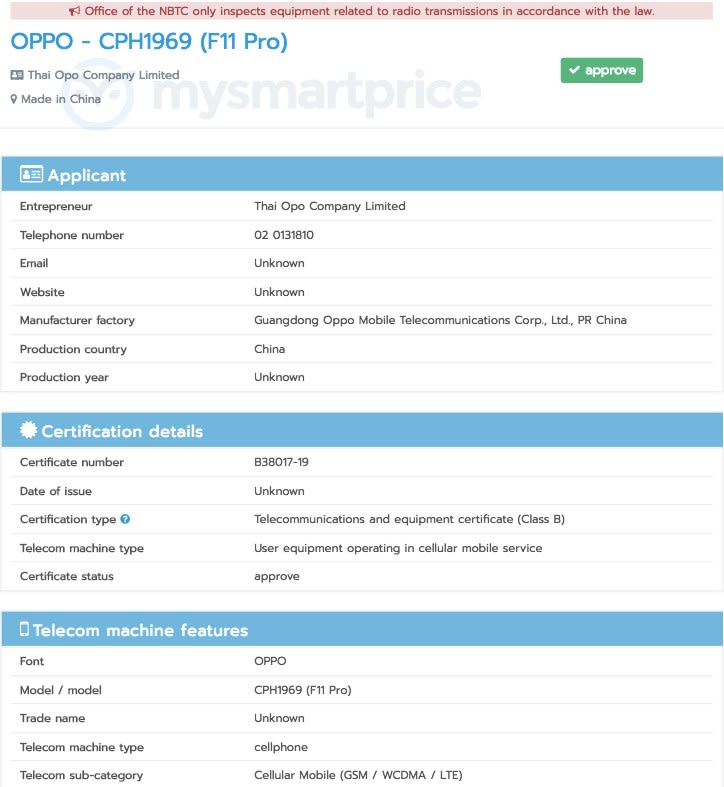 It seems like OPPO will ditch a generation in between and launch the F11 Pro as a direct successor of OPPO F9 Pro. The specifications details about the offering are missing at the moment. All the three certification sites – SIRIM, TKDC, and NBTC – of respective countries have only proved the OPPO F11 Pro existence and nothing else.

However, there are speculations that it’s the same phone that OPPO has planned to unveil next month with its ambitious 10x Optical zoom lens. The lens is said to improve smartphone photography by capturing “lossless” image, even if the subject is at a distance. The setup is backed by dual optical image stabilisation (OIS) and boasts of 35mm equivalent 15.9-159mm focal length for both telescope and super-wide-angle shots.

Since OPPO F9 Pro shipped with a waterdrop-style notch display, we can expect F11 Pro with punch-hole display and an even more impressive screen-to-body ratio. The handset may also offer better chipset, battery, and configuration compared to its predecessor. To recall, the mid-range OPPO F9 Pro is driven by 12nm MediaTek Helio P60 octa-core processor clocked at up to 2.0 GHz and accompanied by a Mali-G72 MP3 GPU and 6GB of RAM. It sports a 6.3-inch FHD+ display and employs 64GB internal storage. A 3,500mAh battery with VOOC fast charging support keeps the show running.