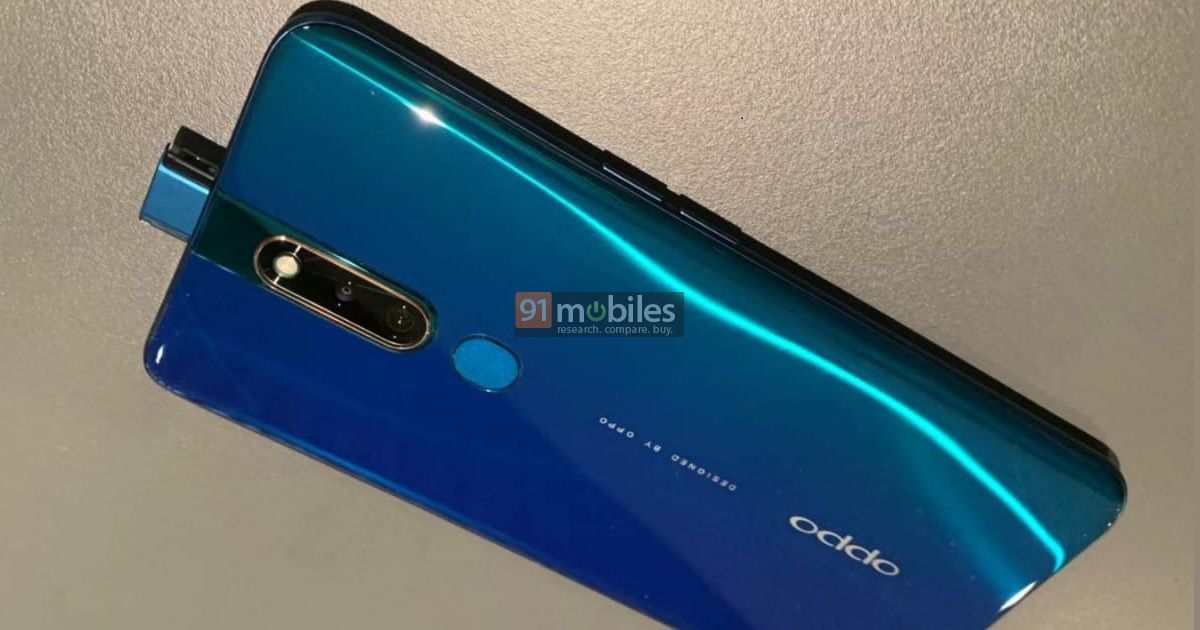 Vivo recently launched its mid-range Vivo V15 Pro (review) smartphone with elevating selfie camera in India. Now the vendor’s sister brand OPPO is also planning to launch a similar offering called the F11 Pro on March 5th in the country. The handset is touted to have an all-screen fascia and a front camera that elevates from the top edge. We’ve already seen a number of photos of the upcoming OPPO device. Now 91mobiles brings you a couple of more live images of the F11 Pro, from sources in OPPO’s distribution channel. 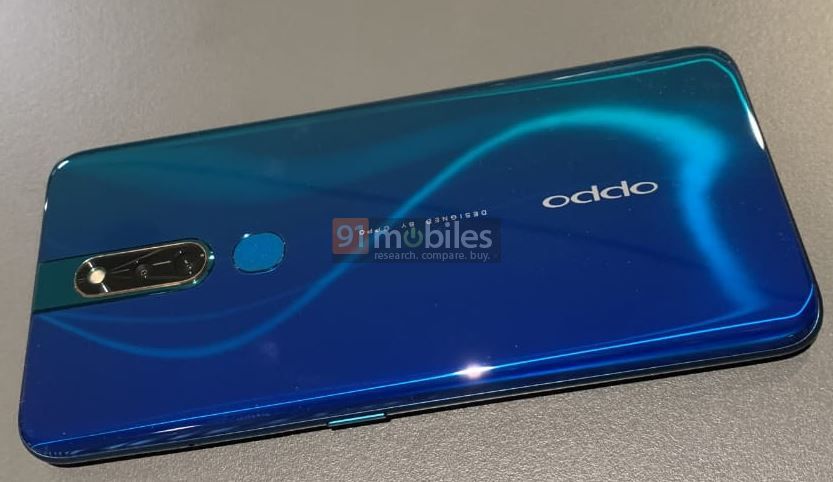 The latest images give us a closer look of the OPPO F11 Pro’s back panel, which is in line with past leaks and rumours. To start with, the device can be seen in the Blue shade, and seems to sport a glass finish at the rear. The phone has dual vertically-aligned primary cameras with an LED flash unit. A fingerprint sensor is also visible below the image sensors. As you can see, the selfie camera of the handset will elevate from the top in the middle. Lastly, the photos reveal that the phone’s power key will be placed on the right side, while the volume rocker will sit on the left edge.

Furthermore, our sources suggest that the OPPO F11 Pro will be priced somewhere between Rs 25,000 and Rs 27,000. At this price point, the F11 Pro will be giving a tough competition of the recently launched Vivo V15 Pro, which retails for Rs 28,990. 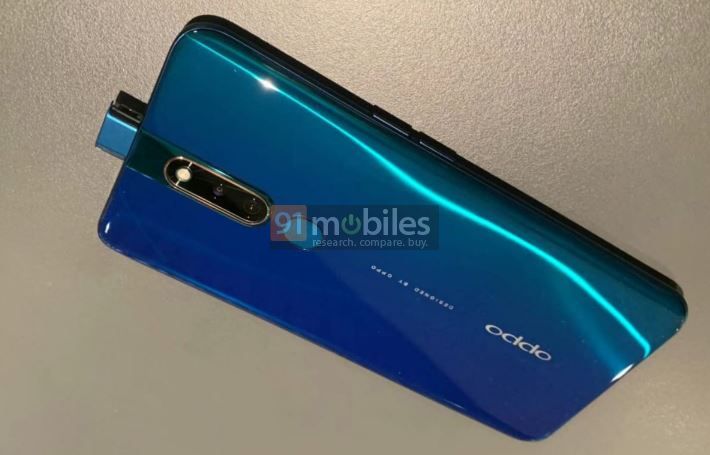 According to the earlier reports, the OPPO F11 Pro will rock a 48-megapixel (Samsung ISOCELL GM1) primary rear camera with f/1.8 lens, accompanied by a 5MP depth sensor with f/2.4 aperture. The handset’s front camera is said to sport a 16-megapixel f/2.0 sensor. The phone will reportedly feature a 6.5-inch display with full HD+ resolution and 19.5:9 aspect ratio. At the device’s core will lie MediaTek’s Helio P70 SoC, accompanied by 6GB of RAM and up to 128GB storage. A massive 4,000mAh battery with OPPO’s VOOC 3.0 fast charging support is expected to complete the specifications of the smartphone.