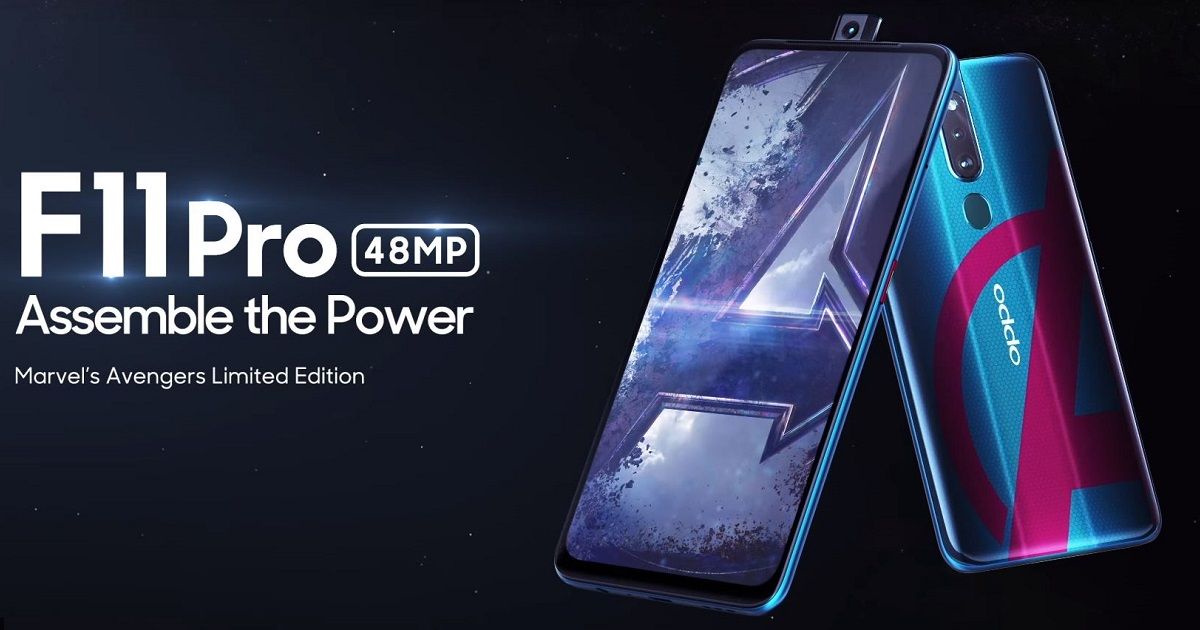 Like its sister company OnePlus last year, OPPO that has partnered with Marvel to launch an Avengers-themed special edition version of its flagship smartphone. The phonemaker will launch a special edition of its OPPO F11 Pro (review) smartphone that was launched last month with Marvel Avengers: Endgame movie theme. It’ll be dubbed as OPPO F11 Pro Marvel’s Avengers Limited Edition and come with a blue paint job and the Avengers logo in red colour at the back. The phone is scheduled to launch in Malaysia on April 24th, ahead of the movie release next week. There is no word about the launch of this special edition model in India yet. 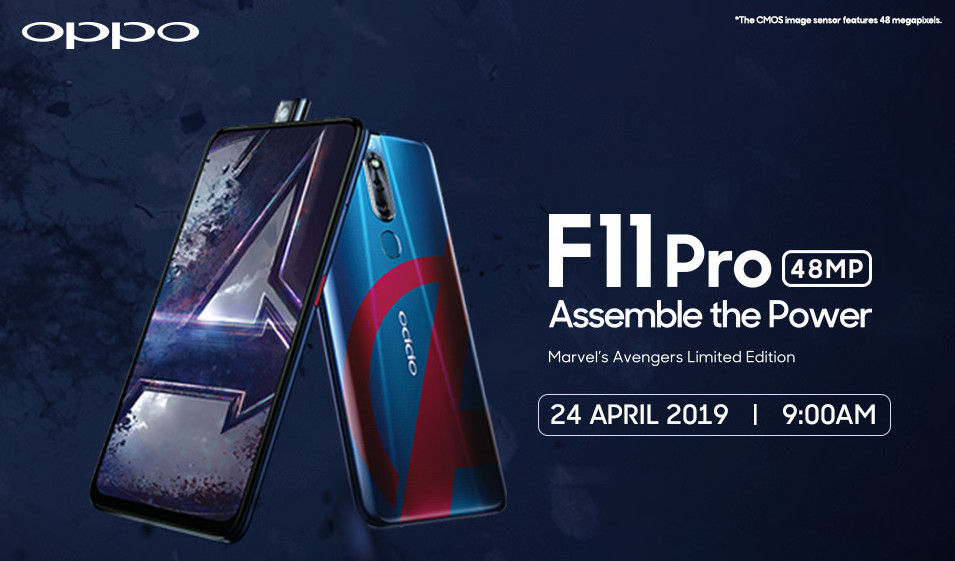 The OPPO F11 Pro Marvel’s Avengers Limited Edition will come with 128GB of storage compared to 64GB in the standard version. Apart from this, the handset will have the same glass sandwiched design, a pop-up selfie camera, and a 6.5-inch notchless screen with full-HD+ resolution, and 90.9 percent screen-to-body ratio. At its core lies MediaTek Helio P70 12nm processor coupled with 6GB of RAM.

In the camera department, the OPPO F11 Pro Marvel’s Avengers Limited Edition will sport a whopping 48-megapixel primary sensor on the rear with a 5-megapixel secondary shooter for depth-effect or portrait mode. The front camera of the phone will get a 16-megapixel snapper for selfies and video calling. A 4,000mAh battery with VOOC flash charge 3.0 will fuel the device and Android 9 Pie with ColorOS 6.0 custom skin will take care of the software side of things. Lastly, the phone may come preloaded with special Avengers: End Game wallpapers. The pricing and availability details are the only missing pieces in the puzzle now.