“The OPPO F11 Pro offers an impressive screen-to-body ratio of 90.9 percent thanks to the pop-up camera“

OPPO recently launched its much-anticipated smartphone OPPO F11 Pro in India after a lot of hype. The smartphone comes as the successor to the OPPO F9 Pro (review) and is a massive upgrade over its predecessor. The main highlight of the smartphone is the pop-up selfie camera, which facilitated an impressive screen-to-body ratio of 90.9 percent. However, the question regarding the durability of the popup mechanism of selfie camera was directed towards the new launch as well. OPPO decided to answer the question once and for all by putting up a an infomercial video from its Twitter handle.

The video is captioned ‘Us: It can be used up to 100 times a day for 6 years,’ with emojis signifying selfie and the up/ down movement of the camera module. The caption is self explanatory and indicates that the selfie camera can be used up to a 100 times a day for at least six years. This is an impressive number considering six years is a long time for some one to hold on to their smartphones. Moreover, in the video the company is seen playing a music symphony in its entirety using the sound presets for the pop-up camera. 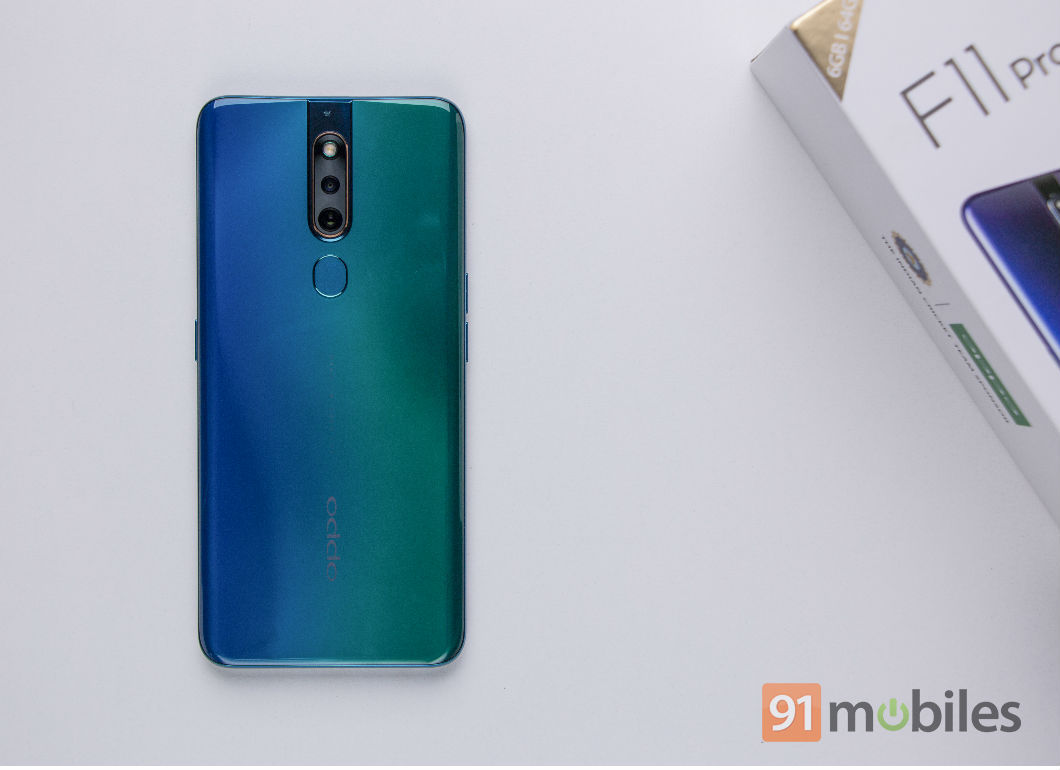 To recall the OPPO F11 Pro specifications, the smartphone ships with a 6.5-inch full-HD+ display and is powered by the Helio P70 chipset. The company is offering the handset in 6GB + 64GB storage configuration. In the imaging department, you get a 48MP primary shooter and a 5MP depth-sensing unit with LED flash on the rear. The pop-up camera is a 16MP unit. A hefty 4,000mAh battery with support for OPPO’s latest VOOC 3.0 fast charging technology rounds up the spec sheet.

The OPPO F11 Pro price in India is Rs 24,990 and the handset is available from major online as well as offline retailers in India, including Flipkart, Amazon, Paytm and OPPO stores.