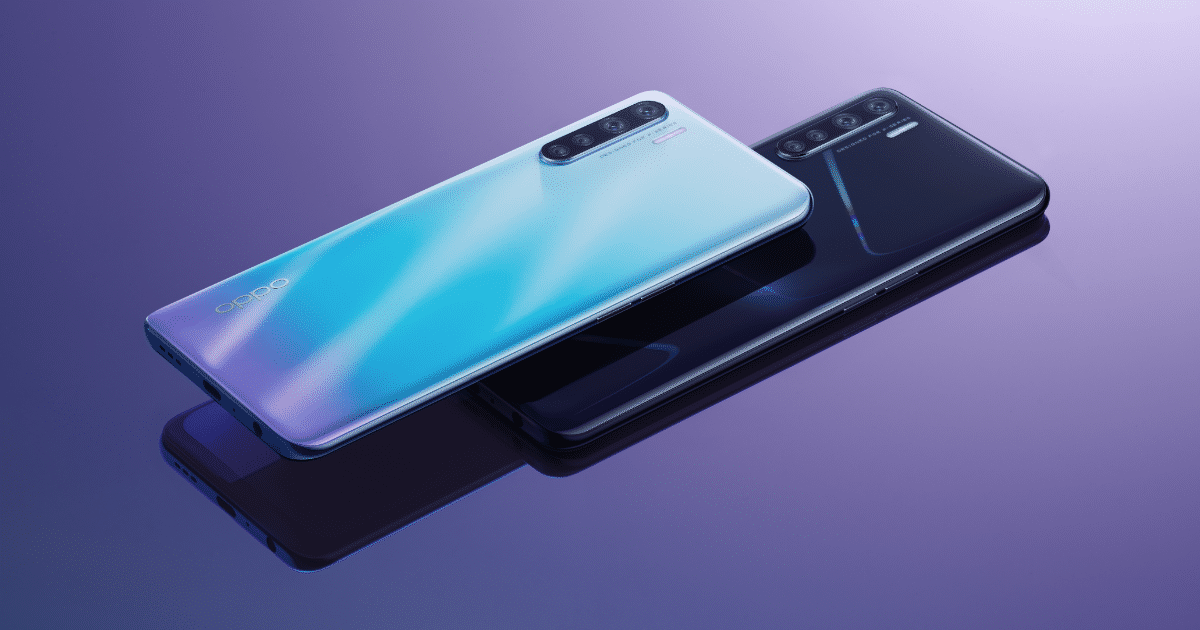 Home Feature OPPO F15 is a mesmerising blend of style, performance, and camera

The OPPO F15 goes on sale for the first time in India on January 24th, but pre-orders for the smartphone are already live via online channels like Amazon and Flipkart. This ultra-thin, lightweight smartphone that exudes style and elegance falls under the price range of Rs 19,990. Another big aspect of this smartphone is its strong list of specifications, including the In-Display Fingerprint Unlock 3.0 sensor, VOOC Flash Charge 3.0, 48MP AI Quad cam, and more. The OPPO F15 happens to be a brilliant blend of elegance and functionality, and despite its premium design and flagship features nature, it’s priced quite affordably. Let us give you a deep look at all its major offerings. The glossy rear surface of the OPPO F15 is one of the many things that make this phone attractive. The Lightning Black and Unicorn White colour options reflect beautiful gradient hues when held against light. Holding the phone for the first time will immediately make you realize how thin and light it is. With thickness of just 7.9mm and a weight of 172gms, it gives other phones in its league a good run for their money. And this thin and light nature of the OPPO F15 adds to its grace and appeal.

On the rear surface of the OPPO F15 sits an elongated camera setup that’s accompanied by a pill-shaped dual LED unit. A decorative ring surrounds this camera cluster not only adds to the design but also protects the cameras. The front surface of this OPPO phone is occupied by a 6.4-inch 1080 x 2400 pixel AMOLED display. This panel takes the full-screen route and uses a small waterdrop screen to house its front camera. The thin bezels on its sides, coupled with the display’s 20:9 aspect ratio, make the OPPO F15 a great device for one-handed use.

The display of the OPPO F15 is complemented by the In-Display Fingerprint Unlock 3.0 sensor to handle the biometric security. With 20 percent faster unlocking and better accuracy, the third-generation in-display fingerprint scanner can unlock the phone in just 0.32 seconds. Moreover, it uses a special filter for maximizing sensitivity to protect you against unlocking attempts using fake fingerprints.

The 48MP AI Quad camera setup cemented on the back of the OPPO F15 is one of the standout features of the device. Not only does it make use of four different lenses for capturing distinct photography scenarios, it also comes equipped with advanced technologies that boost your photography game further. The main 48MP camera ships with an f/1.7 lens for great low-light shots. This camera makes use of the 4-in-1 pixel combination technology to render sharp images that you can zoom in on as much as you like.

Wide-angle photography is made possible by the 8MP ultra wide-angle camera onboard the F15. This snapper expands its horizons up to 119 degrees, to let you capture substantially large vistas in your photographs. With this phone, you also get a 2MP macro camera that lets you get as close as 3-8cms on your subjects to snap the minutest of details. And then there’s a 2MP depth sensor meant for rendering portrait effects.

The OPPO F15 also comes with the anti-shake video feature, which combines EIS with the gyroscope to render clear, sharp, and stable videos, even if they are shot on rocky terrains. AI is a big part of this phone’s camera offerings. An all-new AI beatification algorithm has made been used on the OPPO F15, along with gender and age detection. These features together aim to offer customized beautification for your faces, whether it’s the rear cameras you’re using or the selfie sensor! It gets better — AI video beautification brings the same traits to videos. Lastly, the camera app on the F15 offers portrait lighting effects as well.

You can expect strong performance from the OPPO F15, thanks to its 12nm MediaTek Helio P70 chipset. This SoC includes a 2.1GHz octa-core CPU and a Mali-G72 MP3 GPU. This setup, combined with 8GB of RAM and 128GB of storage with an expandable memory of 256GB , makes for powerful internal hardware that renders swift everyday performance. Gamers will be pleased to know that the Game Boost 2.0 technology has found its way into this phone as well, offering a reliable solution for latency and control issues that tend to spoil long gaming sessions. 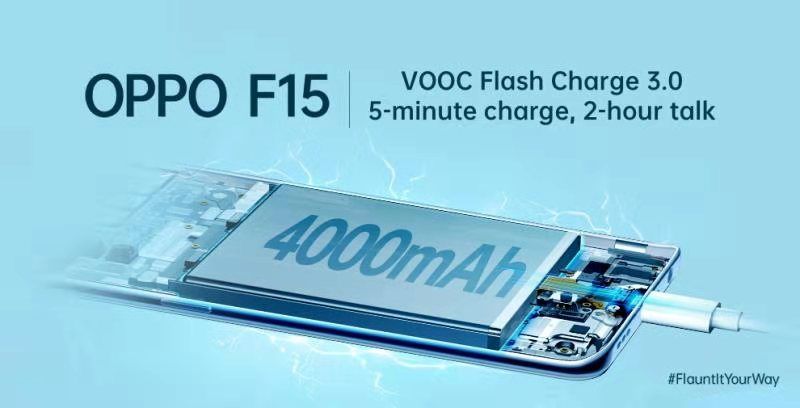 The OPPO F15 has been blessed with a 4,000mAh battery that should indeed last you an entire day on a single charge. And in case you find yourself with low battery as you’re heading out of your house, a quick charge can deliver several hours’ worth of juice. This is made possible by OPPO’s VOOC Flash Charge 3.0 technology, which can help the F15 charge up really quick.

The OPPO F15 has a lot going for it, from its uber cool looks to its versatile quad camera setup. Its gorgeous display and its powerful internal hardware don’t fail to impress either. At a price of Rs 19,990, this is truly an excellent deal in today’s smartphone arena. Overall it’s a thumbs up for the all-rounder device. As mentioned above, it goes on sale for the first time on January 24th everywhere! You can also avail attractive discounts and offers like a 10% cashback on Credit/Debit Card EMI and Consumer Loans if purchased through HDFC and 5% cashback if purchased through ICICI and Yes Bank credit/debit card. A zero down payment option is also available with Bajaj Finsery. Reliance Jio has also promised to offer 100% additional data. The offers are valid till January 31, 2020.