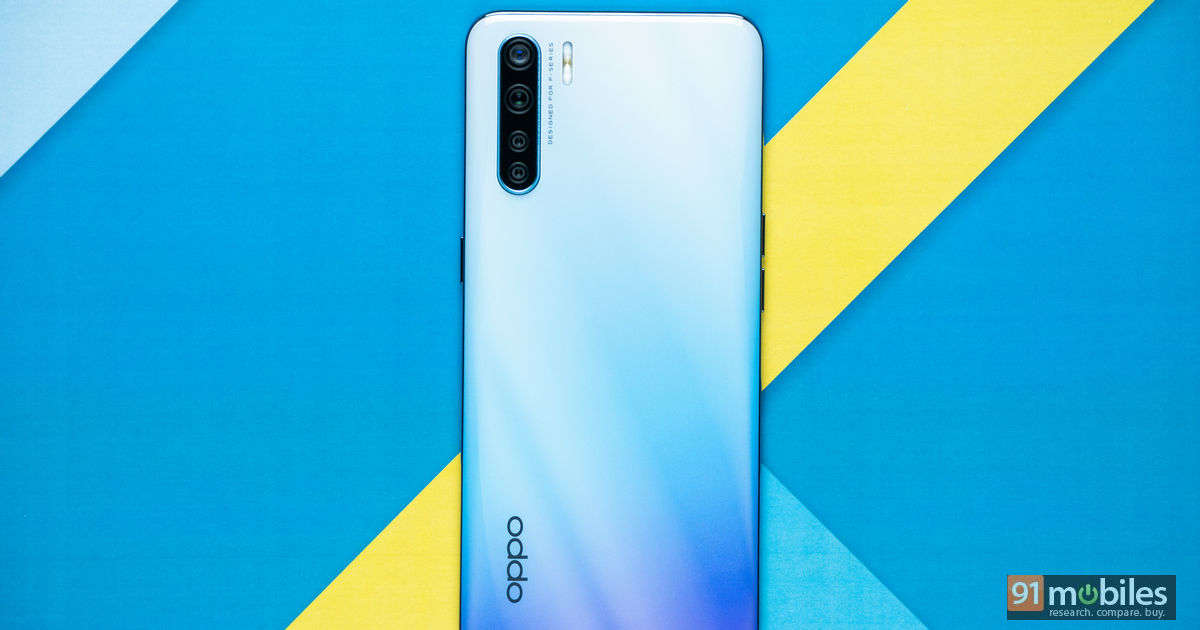 OPPO is gearing up to launch a new F-series phone in India in early September, according to tipster Mukul Sharma. While the company is yet to confirm this, the tipster suggests the phone could be the OPPO F17, which will succeed the OPPO F15 that was launched in India earlier this year. The OPPO F17 will be the “sleekest” F-series phone from the brand to date, Sharma claims. Unfortunately, the OPPO F17 specifications are a mystery at the moment. 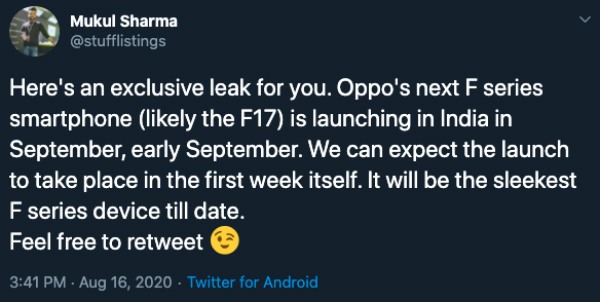 To recall, the OPPO F15 sports a 6.3-inch full HD+ AMOLED display with 1,080 x 2,400 pixels resolution, 90.7 percent screen ratio, Corning Gorilla Glass 5 layer, and a waterdrop notch. The handset is powered by the MediaTek Helio P70 chipset coupled with Mali-G72 MP3 GPU, 8GB RAM, and 128GB internal storage that is expandable up to 256GB via a microSD card. It runs on Android 10 OS with ColorOS 7 out of the box and there is a rear-mounted fingerprint sensor for security.

As for the optics, the OPPO F15 features a quad-camera setup with a 48MP primary sensor, an 8MP wide-angle macro lens, a 2MP mono lens, and a 2MP depth sensor. There is a 16MP snapper on the front for selfies and video chats. The phone houses a 4,000mAh battery with 20W VOOC flash charging 3.0 support. There is an in-display fingerprint sensor for security and connectivity features include 4G VoLTE, dual-band Wi-Fi 802.11, Bluetooth 5.0, GPS + GLONASS, and USB Type-C.