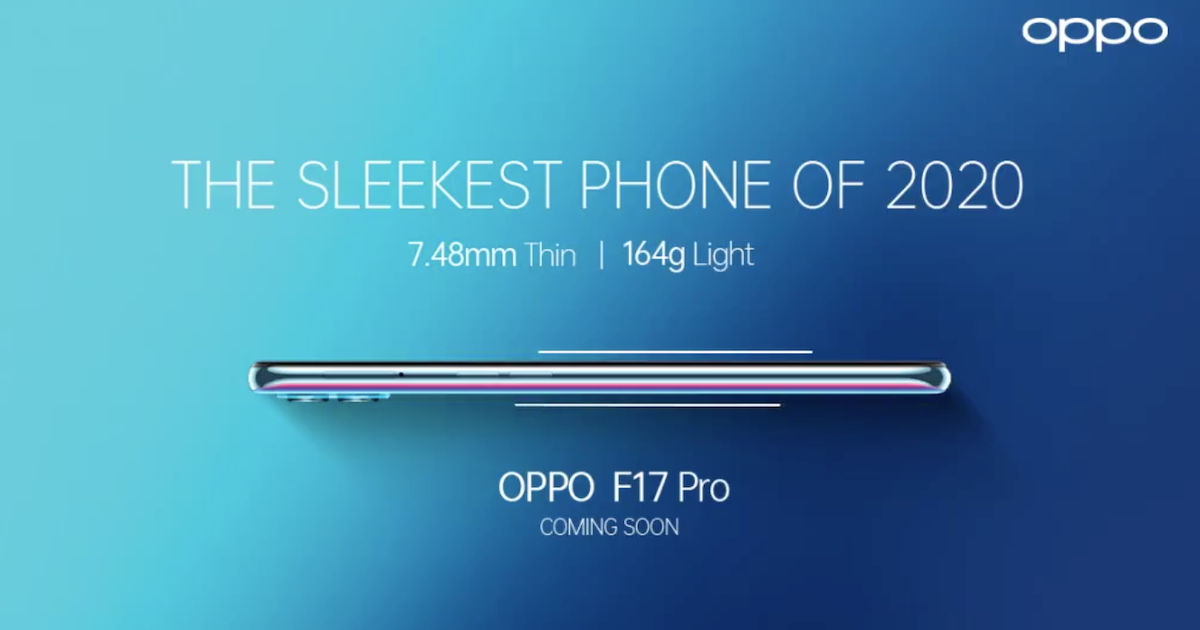 OPPO F17 Pro is set to launch in India soon, the company confirmed on Thursday via a teaser on its official Twitter account. The OPPO F17 Pro launch date is yet to be revealed, but we expect it to arrive by the end of the month or the first week of September. OPPO says the upcoming device is the ‘sleekest phone of 2020’, revealing that it measures just 7.48mm in thickness and weighs 164 grams. OPPO F17 Pro is a brand new smartphone so its specifications are a mystery for now.

Want a new way to flaunt? 🤩 The sleekest phone of 2020 is on its way. Stay tuned. #OPPOF17Pro #FlauntItYourWay pic.twitter.com/LVmAKE1jE1

A disclaimer at the bottom corner of the teaser reveals that the OPPO F17 Pro price in India will be under Rs 25,000. While the company has revealed that the OPPO F17 Pro will be launching in India, it is unclear at the moment whether a regular OPPO F17 will also be announced alongside. The upcoming phone will succeed the OPPO F15, which was launched in India back in January.

The OPPO F15, to recall, was launched with a 6.3-inch FHD+ AMOLED display and MediaTek Helio P70 chipset. The phone was offered with 8GB RAM and 128GB internal storage. It featured a 48MP quad-camera setup and a 16MP selfie camera. The smartphone housed a 4,000mAh battery with 20W VOOC fast charging support.