OPPO F17 and F17 Pro India launch date is September 2nd and the event will begin at 7 PM IST, the company has revealed on its official website. OPPO has been teasing the design and features of the OPPO F17 series in recent days and we now know when the phones will be arriving in the country. The OPPO F17 and F17 Pro prices in India are expected to fall under Rs 25,000 and they will be among the sleekest and lightest mid-range phones in the market. The OPPO F17 Pro will come with a punch-hole display and quad cameras, among other things. 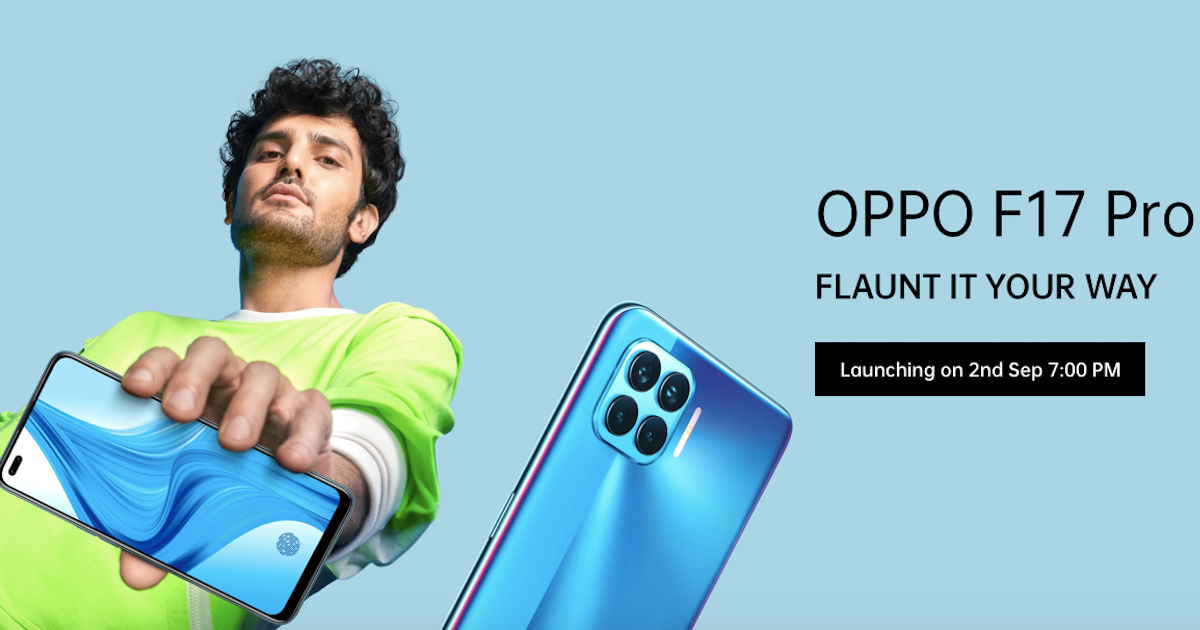 OPPO has already revealed that the OPPO F17 Pro model will come with a 48MP quad-camera setup at the back and a 16MP Dual Depth selfie camera system at the front. Camera features include AI Super Clear Portrait, AI Super Night Portrait, AI Color Portrait, and AI Beautification 2.0. The OPPO F17 Pro will measure 7.48mm in thickness and weigh just 164 grams.

Based on recent specs leak by tipster Ishan Agarwal, the OPPO F17 will sport a 6.44-inch FHD+ sAMOLED display with a waterdrop notch. It will be powered by the Snapdragon 662 chipset paired with 6GB RAM and 128GB internal storage. The OPPO F17 will feature a 16MP quad-camera setup and a 16MP selfie camera. The handset will house a 4,000mAh battery and will support 30W fast charging.

OPPO will launch its own smart TVs in October