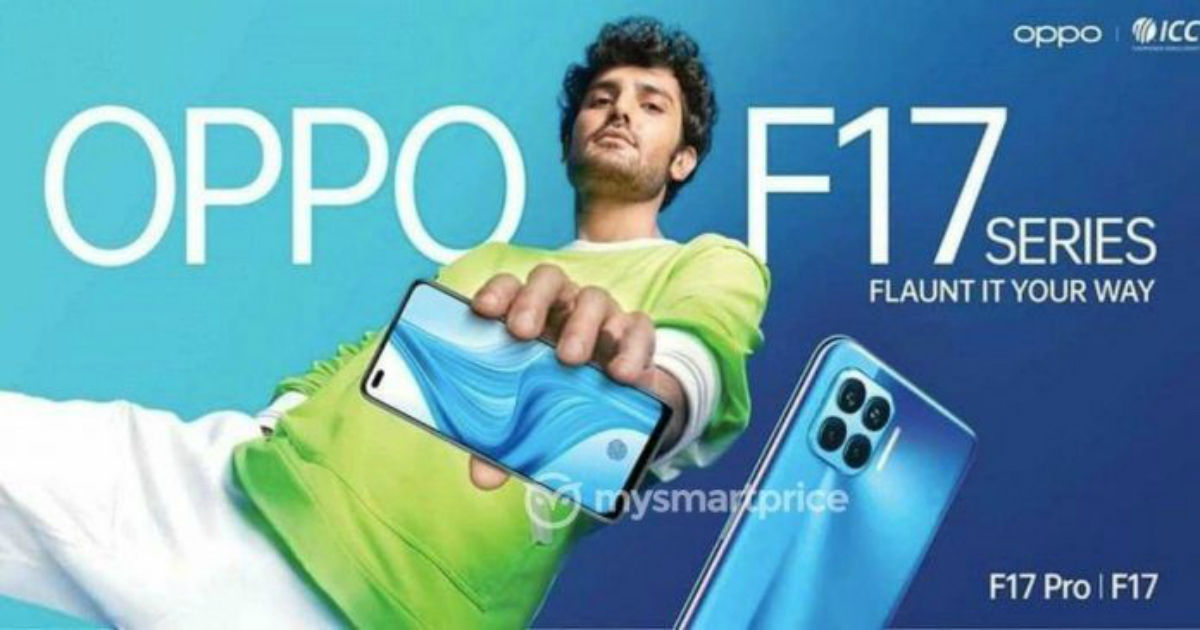 OPPO F17 Pro India launch was confirmed by the company on Thursday and it was revealed to be the sleekest phone under Rs 25,000. In a brand new teaser video, OPPO has confirmed that the regular OPPO F17 will accompany the F17 Pro. The video reveals the design of the OPPO F17 phones from the back, which shows off a variety of colour finishes and the square-shaped camera module. Separately, MySmartPrice also obtained a promotional banner (shown above) that reveals the display of the phone. The OPPO F17 will come with a pill-shaped punch-hole display and an in-screen fingerprint sensor.

It is unclear whether both the OPPO F17 and F17 Pro will sport an in-display fingerprint sensor and dual-punch hole design. As per the teasers, it seems the smartphones will come with a quad-camera setup at the back. The camera sensors are unknown at the moment. Colour options include Blue, White, Grey, and more and some of the variants will include a dual-tone finish.

While it’s not confirmed, we can speculate the OPPO F17 and F17 Pro are likely to run Android 10-based ColorOS and will feature VOOC fast-charging support. OPPO has revealed that the F17 Pro will be the sleekest phone under Rs 25,000 measuring 7.48mm in thickness and weighing just 164 grams.