Home Feature The All-New OPPO F19 Pro+ 5G Will Give You Plenty of Reasons... 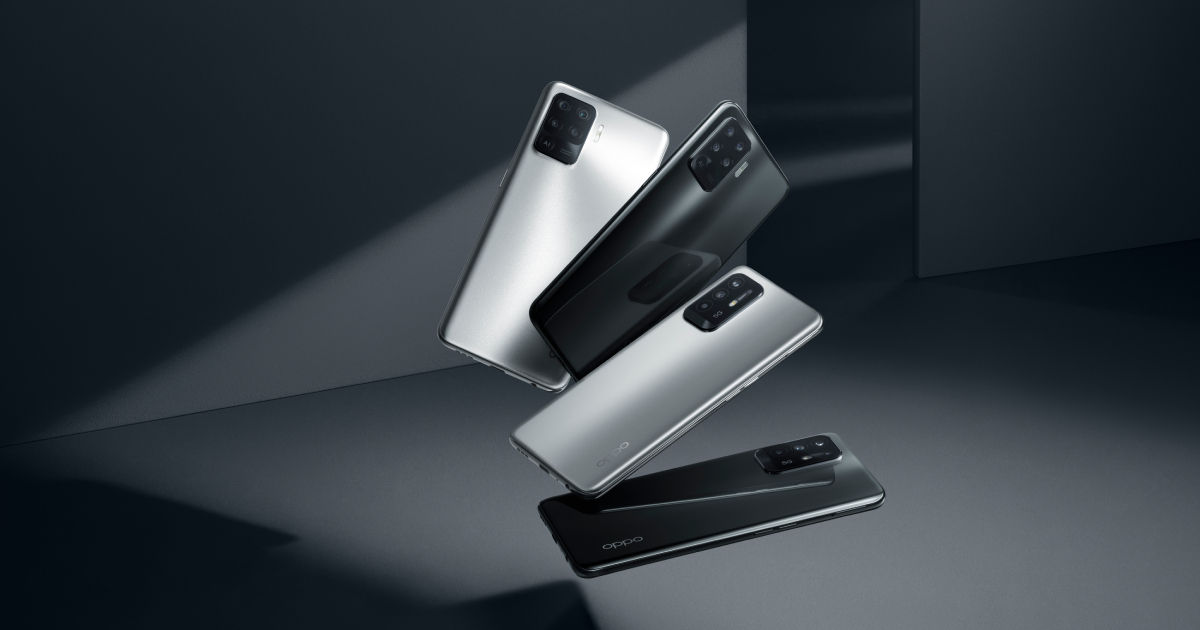 OPPO’s F-series has always been admired by the masses and the lineup has resonated particularly well with the millennials, be it for their stylish designs, versatile cameras, or capable performance. That said, the Indian smartphone market is ever-evolving, and to meet the buyer’s insatiable demands, the company has launched the all-new OPPO F19 Pro+ 5G. As the name suggests, the OPPO F19 Pro+ 5G is a 5G-enabled handset and offers a slew of enticing features that warrant a second look. So, without any further ado, let’s take a closer look at OPPO’s latest premium mid-ranger, the F19 Pro+ 5G. 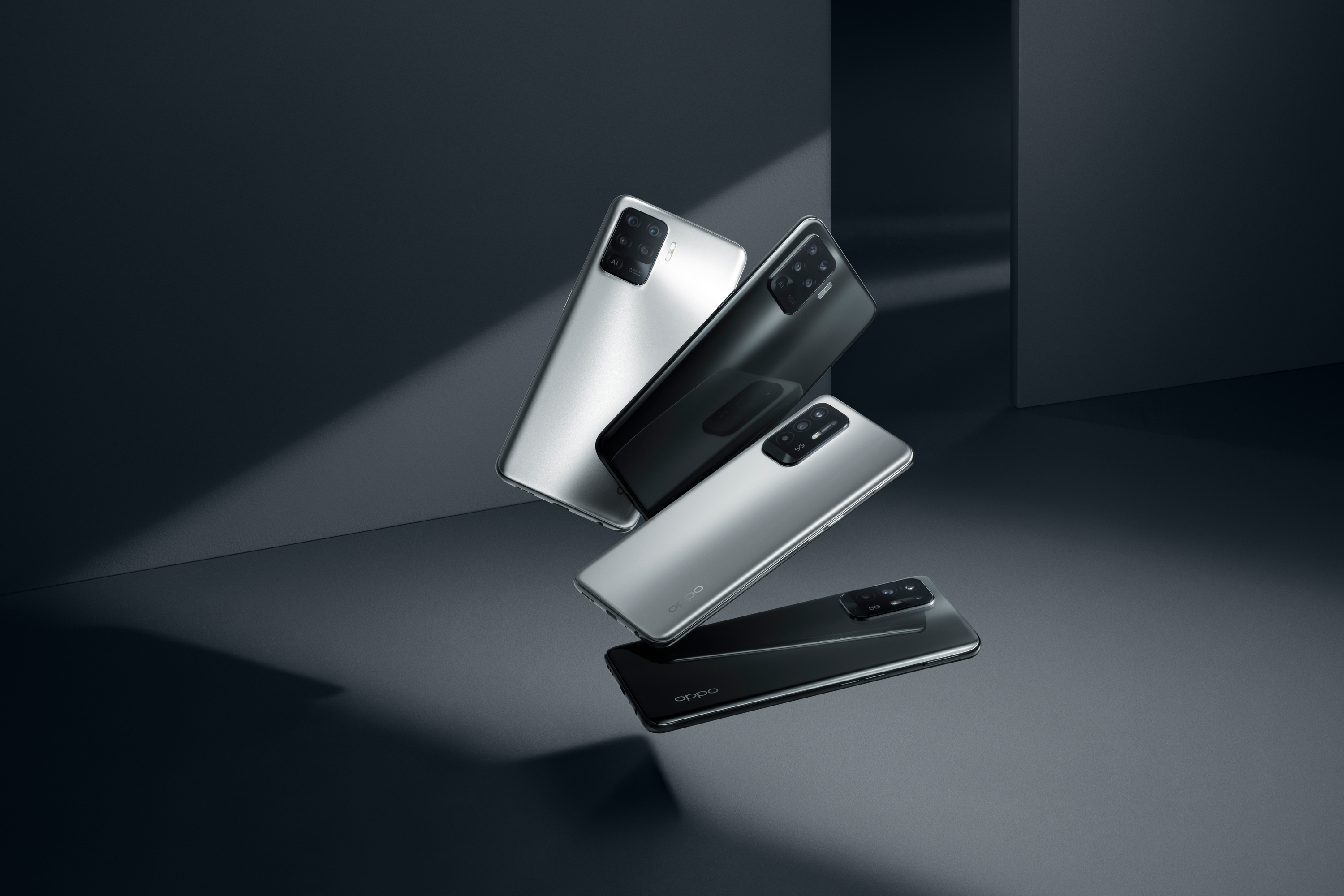 We could be preaching to a choir here, but smartphone cameras seldom click serviceable videos, especially under harsh lighting or in lowlight scenarios. Well, the F19 Pro+ 5G remedies that by offering OPPO’s signature AI Highlight Video feature, which for the uninitiated, is a combination of the company’s Ultra Night Video and HDR Live Video algorithms. Consequently, the OPPO F19 Pro+ 5G removes environmental light from the equation and outputs stunning videos with oodles of details, regardless of the scenario. 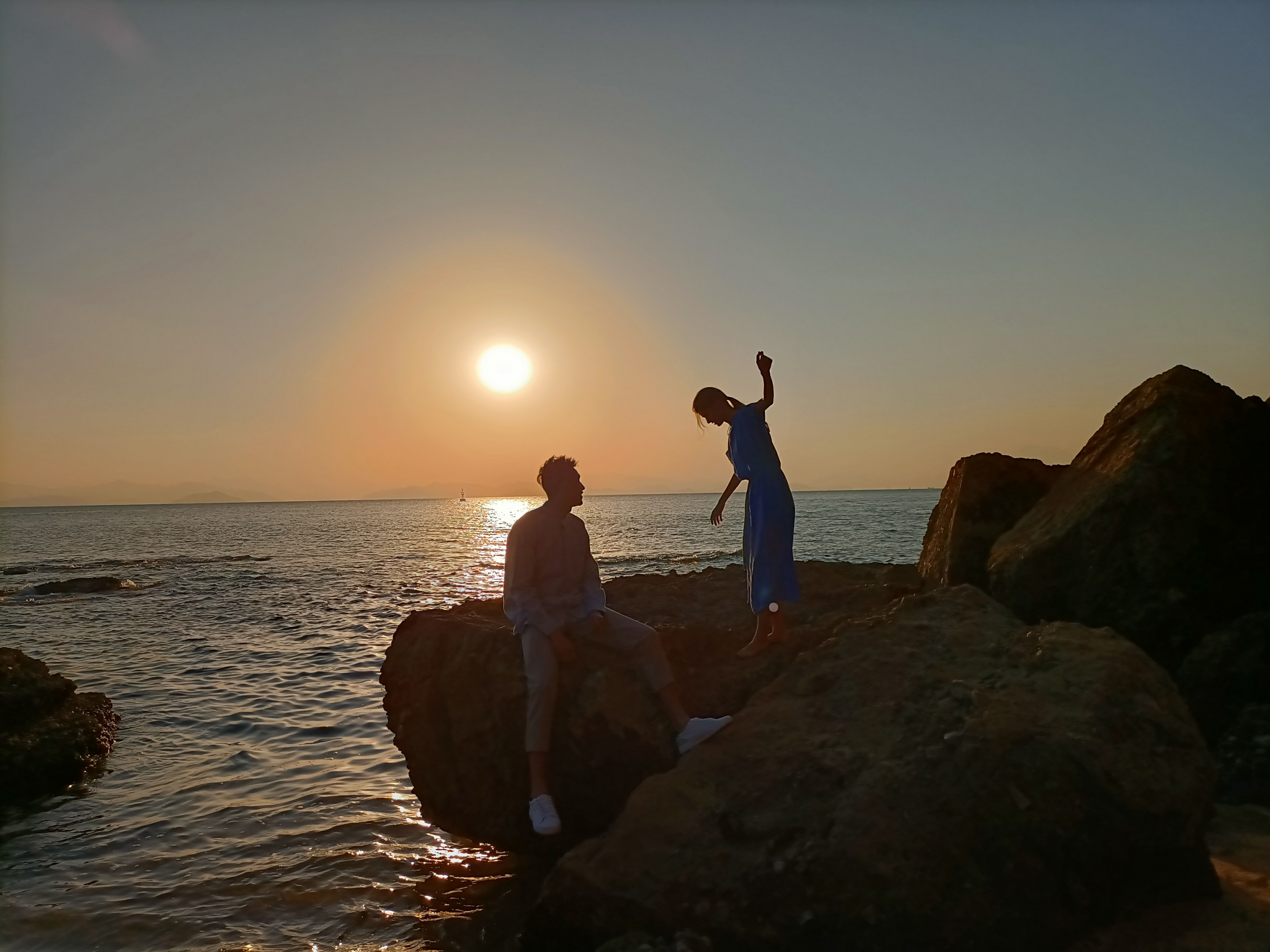 To do so, the smartphone makes use of a flagship-grade camera module that is spearheaded by a 48MP sensor. The sensor automatically gauges the amount of light at its disposal and proceeds to apply one of the two features of AI Highlight Video. Ergo, if you’re out and about and are trying to snap videos under the scorching sun, the F19 Pro+ 5G will instantly switch to HDR video to mitigate instances of highlight clipping. As an example, say you’re filming a cinematic video of your friends doing a cartwheel. Irrespective of surrounding lighting conditions, the HDR video feature makes the necessary adjustments to clearly depict the skin tones of a human subject. The HDR Video feature in the OPPO F19 Pro+5G can depict both the background as well as the subject in the foreground with absolute precision, ensuring you don’t see any bright, overexposed shots in the final composition, making it a photographer’s delight.

In a similar fashion, the AI Highlight video feature kicks in its Ultra Night Video mode whenever the sensor detects a less than ideal lighting scenario. This will be particularly useful for all the night owls in the audience as the phone will be able to shoot incredible videos even after the sun has set. With the feature enabled, the F19 Pro+ 5G will not just bring up the brightness in a scene, but the handset will also squeeze out more details from the shadows or the darker parts and, minimise noise much more efficiently too. Suffice it to say, the OPPO F19 Pro+ 5G will give you plenty of reasons to #FlauntYourNight.

Ushering users into the 5G era

India is at the crux of the 5G revolution and the country will see the deployment of new networking infrastructure very soon. In a bid to prepare users for the upcoming 5G era, OPPO has furnished its latest mid-ranger with 5G chips. As a result, buyers opting for the handset will be among the first to experience rapid internet download and upload speeds once the 5G infrastructure arrives in India. A fringe benefit of the same is that the handset will be able to stream from various OTT platforms without buffering, and even offer extremely low latency and ping whilst playing graphically intensive online multiplayer games. It’s also noteworthy that the handset will support both, SA as well as NSA 5G modes too. 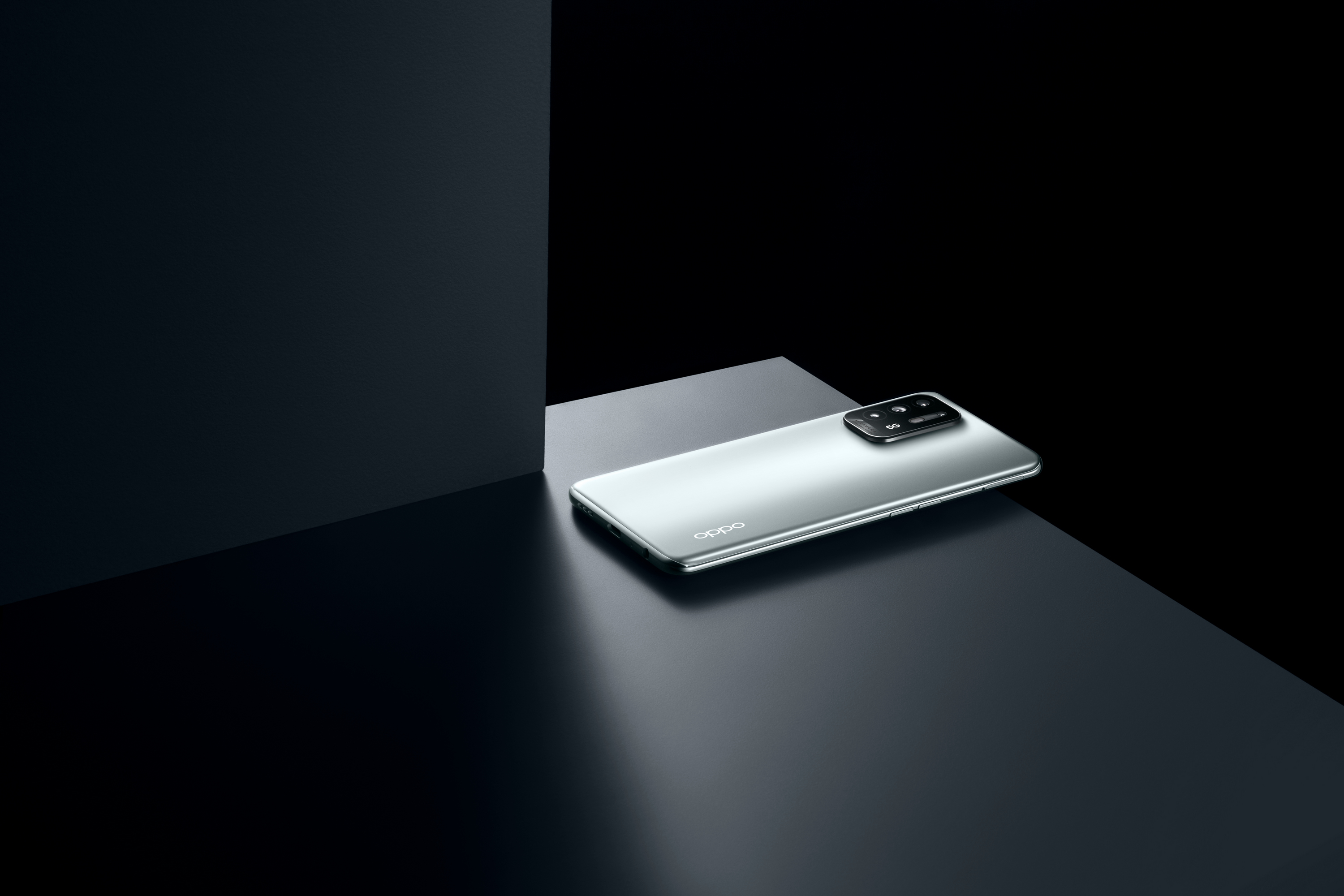 Now, to no fault of the smartphone, it’s inevitable that 5G will not be as accessible initially and, therefore, phones will have to routinely switch between 4G and 5G networks. On that note, the OPPO F19 Pro+ 5G can seamlessly switch between the two networks and even keep this from affecting the overall battery life. Furthermore, the handset will ship with Dual 5G SIM capabilities too, and correspondingly, you can use two different 5G SIM cards on the phone simultaneously.

The OPPO F19 Pro+ 5G is extraordinarily sleek at 7.8mm and weighs in at just 173 grams too. That said, despite its razor-thin frame, the handset houses a beefy 4,310mAh cell, which coupled with the smartphone’s battery-efficient 7nm processor and its AMOLED display, should easily last buyers a full day off a single charge on heavy usage. The 50W flash charge feature charges the phone in no time. With just a 5 min of charge, you can enjoy a cool 3.5 hours of video playback.

So, if you ever find yourself in a pickle where you forgot to charge your phone overnight, fret not as the 50W charging tech on the F19 Pro+ 5G will top up the phone from 0-100 percent in just 48 minutes. What’s more, a five-minute top-up will let you watch YouTube for around 3.5 hours, which speaks volumes about the company’s Flash Charge tech’s efficiency.

Performance that puts it ahead of the game

The OPPO F19 Pro+ 5G also features MediaTek’s latest Dimensity 800U processor. For the uninitiated, the Dimensity 800U is an octa-core chipset comprising two quad-core clusters, one of which employs high-performance Cortex-A76 cores, whereas the other makes use of battery-efficient Cortex-A55 cores. Correspondingly, the OPPO F19 Pro+ 5G is more than capable of handling heavy multi-threaded workloads, such as editing videos on the go, or running multiple applications at once. What’s more, thanks to its powerful Mali-G57 MC3 GPU, the smartphone can run most, if not all graphics-intensive titles at high settings without incurring any frame drops either.

You should also know that the Dimensity 800U processor on the OPPO F19 Pro+ 5G has been paired with LPDDR4X memory and UFS 2.1 storage, meaning your apps and games will load in the blink of an eye owing to the bundled storage’ rapid read and write speeds.

Drawing on from earlier generations of the F Series, the F19 Pro+5G has a clear focus on balancing work and play. Baked into the Smooth ColorOS 11 Experience is Efficiency 3.0 which empowers you to “Work Fast, Win Smart”.

The Immersive Gaming Mode embedded in the F19 Pro+ 5G includes the Game Focus Mode that keeps at bay all interruptions including notifications so you can be fully immersed in your gameplay; you will also have the option of enabling Bullet Notifications from WhatsApp and Facebook so you can still keep a tab on them with minimal distraction. Next, Quick Startup allows you to return to a game quickly with one tap within 24 hours after exiting the game. Lastly, the Game Floating Window lets you keep a game running in a floating window so you that can monitor your game and get back to it anytime.

Clearly, OPPO has done a darn good job with the F19 Pro+ 5G. From its excellent cameras to its superior performance, the F19 Pro+ 5G checks all the right boxes and will undoubtedly set the mid-range segment on fire. The smartphone starts at just Rs 25,990 and will be available for sale starting March 17th via Amazon and major retail stores. If you are in the market for a pair of TWS earbuds, you can get the highly acclaimed OPPO Enco W11 (MRP Rs 3,999) for just Rs 999. Similarly, the OPPO Smart Band, priced at Rs 3,999, can be yours for only Rs 2,499 as part of the OPPO F19 Pro+ 5G bundled offers.

The icing on the cake is that the company is also offering a handful of offers, including a 7.5 percent cashback on purchases made using HDFC, ICICI, Kotak, Bank of Baroda, and Federal Bank cards, while buyers using Paytm will get an 11 percent instant cashback, which make the handset that more enticing. You can also opt for a triple zero paper finance scheme from Bajaj Finance, ICICI Bank, and IDFC First Bank. Buyers of the OPPO F19 Pro+ 5G will also get free one-time screen replacement valid for 6 months from the date of purchase.

So, what are you waiting for? Head on over to Amazon.in and major retail stores and get your F19 Pro+ 5G!