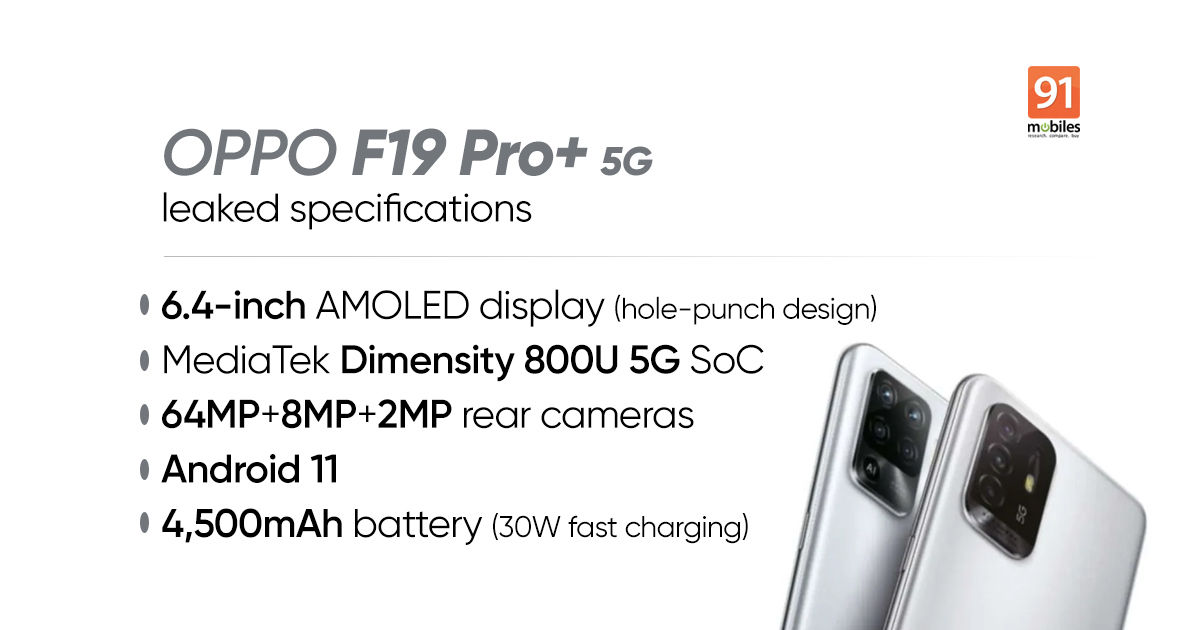 OPPO F19 Pro+ 5G India launch has been teased and the smartphone will arrive alongside the OPPO F19 Pro. The launch has already been teased on Amazon and it seems the phones will be making their global debut in India. OPPO F19 Pro+ 5G specifications have been leaked in the past and a new Geekbench listing has shed some more light on what the phone will bring. An OPPO phone with the model number CPH2213 has appeared on Geekbench, as spotted by 91mobiles. The model is believed to be the OPPO F19 Pro+ and the listing reveals the phone’s chipset, RAM, and software. The same model has also received the BIS certification, which clears it for India launch. 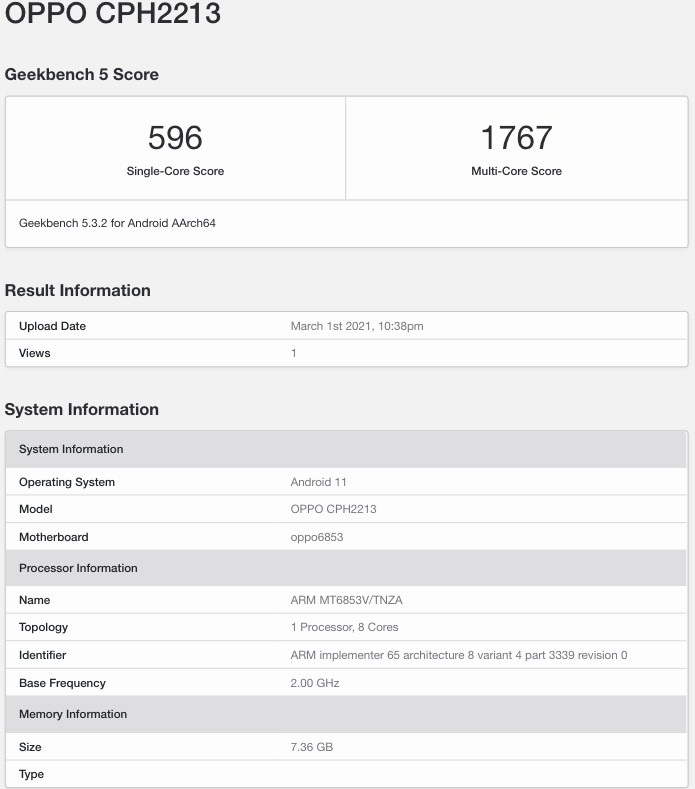 As the Geekbench listing reveals, OPPO F19 Pro+ specifications will include a MediaTek chipset. The MT6853V/TNZA processor is believed to be the MediaTek Dimensity 800U 5G SoC. This chipset will be paired with 8GB of RAM, as per the listing. The phone will come with Android 11 out of the box, as expected. Apart from this, the Geekbench listing reveals a score of 596 in single-core tests and 1767 in multi-core. The scores are in line with what you would expect from a mid-range smartphone.

OPPO F19 Pro+ specifications were leaked recently by tipster Sudhanshu. The smartphone will come with a triple camera system that includes a 64MP primary sensor, an 8MP wide-angle lens, and a 2MP depth sensor. The OPPO F19 Pro+ will sport a 6.4-inch AMOLED display with a hole-punch cutout for a 32MP selfie camera. The handset will pack a 4,500mAh battery and support 30W fast charging. The tipster also mentioned that the smartphone will come with the MediaTek Dimensity 800U chipset paired with 8GB RAM, which is in line with the Geekbench listing.

OPPO F19 Pro+ price in India for the 8GB+128GB variant is said to be around Rs 25,000. The official price of the OPPO F19 Pro+ and OPOP F19 Pro will be revealed on March 8th as Flipkart has revealed the launch date.