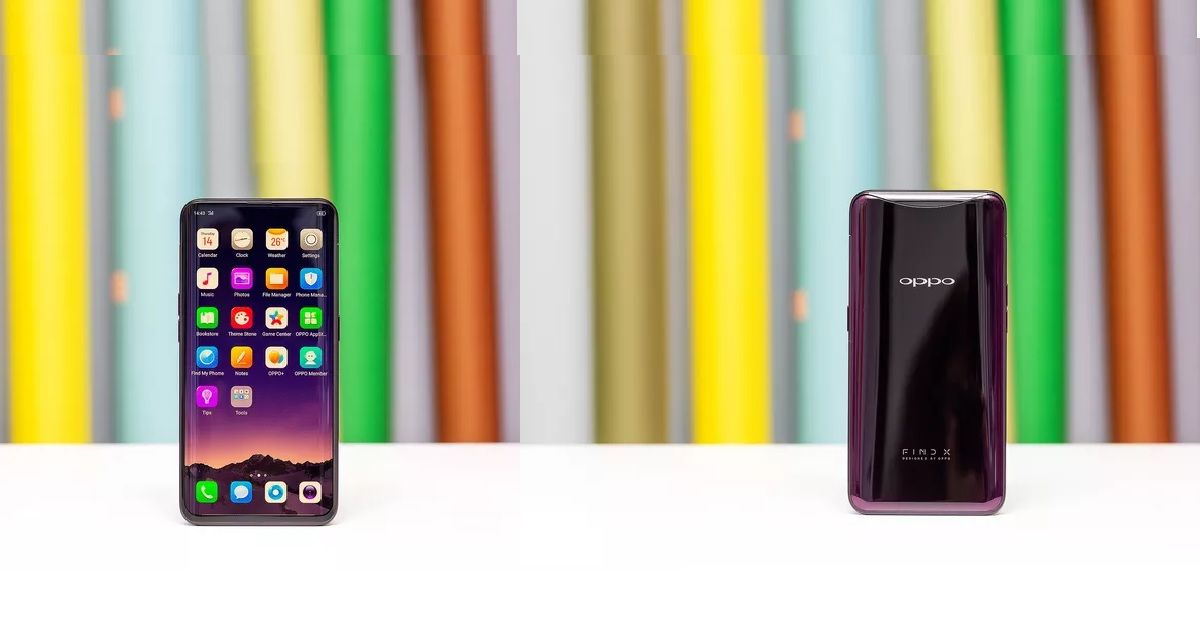 Last month, the Chinese electronics giant OPPO unveiled its highly-anticipated Find X smartphone at an event in Paris. The most interesting feature of the company’s latest flagship is its innovative pop-up camera system, which allows the phone to deliver a full-screen experience. Unlike the Vivo NEX S (first impressions), which offers a sliding mechanism for the selfie camera, both front and rear camera pops in and out from the top of OPPO’s Find X. Now, the Chinese publication ZOL has released a teardown of the Find X that reveals how its pop-up cameras work.

As seen in the GIF above, the OPPO Find X has a linear actuator in the middle, which lifts and lowers the part that contains the cameras as well as sensors. Cables are attached to either side of the actuator, which connects the moving module to the main board of the device. Further, on either side of this setup are moving rails and a material that seems to be acting as a cushion for the hardware, which makes sure the sliding action remains smooth. As you can see, the moving mechanism takes up a lot of internal space. Yet, OPPO has managed to fit a beefy 3,730mAh battery inside the flagship.

Furthermore, OPPO Find X’s teardown reveals that its dual-track periscope structure includes an infrared LED, an infrared sensor, a proximity sensor, the earpiece, selfie camera, and dot projector on the front. Similar to iPhone X’s Face ID, the dot projector projects 15,000 invisible dots onto your face to create a unique 3D facial map. The rear section includes a 16MP + 20MP dual-camera setup, while on the front, you have a 25MP shooter. The source also mentions that the Find X has 41 screws on the phone body in total, and has excellent worksmanship and good heat dissipation. 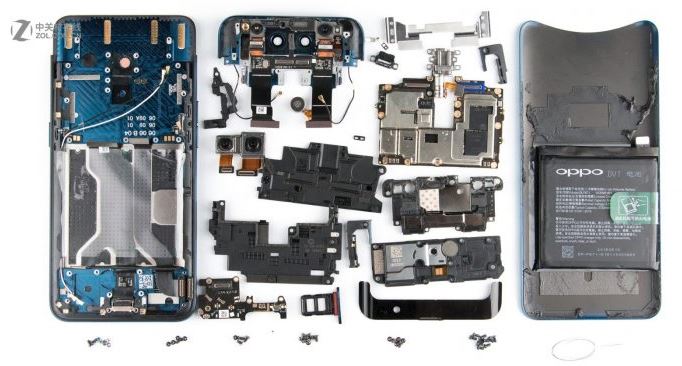 To recap, the OPPO Find X flaunts a 6.4-inch OLED FHD+ display, and is powered by a Snapdragon 845 SoC, aided by 8GB of RAM and 256GB of storage. The Android 8.1 Oreo-powered offering sports a 3,730mAh battery. The handset flaunts a massive screen-to-body ratio of 93.8 percent. For connectivity, it offers 4G LTE, dual-SIM slots, Wi-Fi, Bluetooth and NFC.

The OPPO Find X carries a price tag of around Rs 79,000. There’s also a more premium variant of the device called the OPPO Find X Automobili Lamborghini Edition, which costs around a whopping Rs 1,35,000, and comes with Super VOOC charging capabilities. The phone will be launched in India at an event on July 12th.