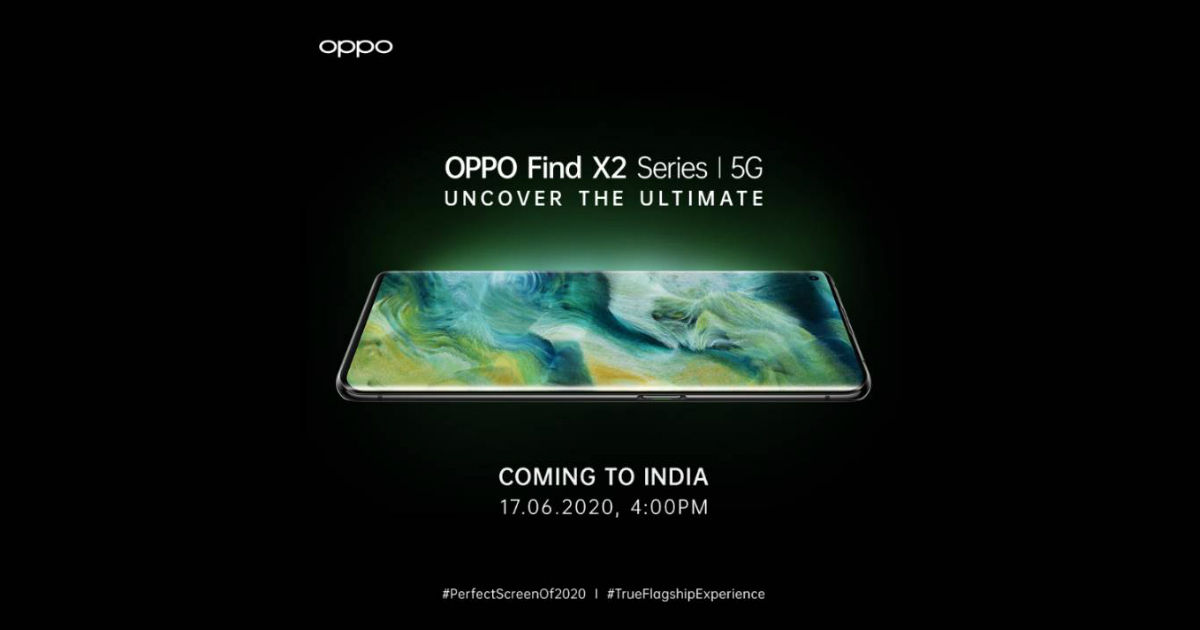 OPPO has been in the smartphone industry for more than a decade, giving us some of the most innovative smartphones ever. And OPPO smartphones have been memorable not only for espousing new and inventive features but also because they’ve been the greatest all-rounders.

Among the company’s lineup of attractive devices, the Find Series has always looked to push the boundaries of innovation with their high-end features. Whether it is unique design or the industry-first features such as motorised slider for the camera, OPPO’s Find Series has always represented the best of what the flagship segment has to offer. And in 2020, we will witness a continuation of the legacy in the new OPPO Find X2 Series which is going to launch on June 17th.

The Find Series has always been the harbinger of innovation, excellence and #TrueFlagshipExperience.

OPPO Find X903 – The start of the Find journey

Right from the start, the Find Series has held a mirror to OPPO’s technological prowess, and its ability to combine aesthetics with top-end features. Hence, it’s fitting that the letter X in all the Find Series phones stands for adventurous and extreme. In June 2011, the first smartphone from this series saw the light of the day – the Find X903. The most noticeable aspect of this phone, aside from its unique side-sliding keyboard design, was its flagship hardware that made it the most irresistible offering of its time. This Android phone was compact, yet highly expedient. The ease of typing long messages on its slide-out keyboard is an experience that’s still reminisced by those who have used it.

OPPO Finder – The slimmest phone of its time

A year after the Find X903 came the OPPO Finder, a smartphone with a radical new design. In 2012, most smartphones – even in the flagship segment – were using plastic exteriors. Innovative as it was, OPPO equipped its Finder handset with a stainless-steel frame that gave it an ultra-premium feel. This smartphone’s thickness measured just 6.65mm, which made it the sleekest phone of its time. In fact, the smartphone was so compact and light that you wouldn’t even feel its presence in your pocket. But OPPO wasn’t done just yet. In 2012, LCD screens were a norm for most devices, but the OPPO Finder adopted a Super AMOLED Plus display, offering rich and accurately coloured visuals, and taking user experience several notches higher.

The year 2013 brought the OPPO Find 5 which, among other things, offered a pixel density count of 441ppi that set it apart from other flagships of its time. This was made possible by an industry-leading 1080p full-HD display. At that time, this move to a high-resolution display signified a push towards setting new benchmarks, and a lot of other companies later jumped aboard the full-HD bandwagon. Continuing the Find Series’ legacy of innovative design, the OPPO Find 5 also impressed with its unique shape and minimal bezels on its side. In fact, it was awarded the IF Product Design Award that year. 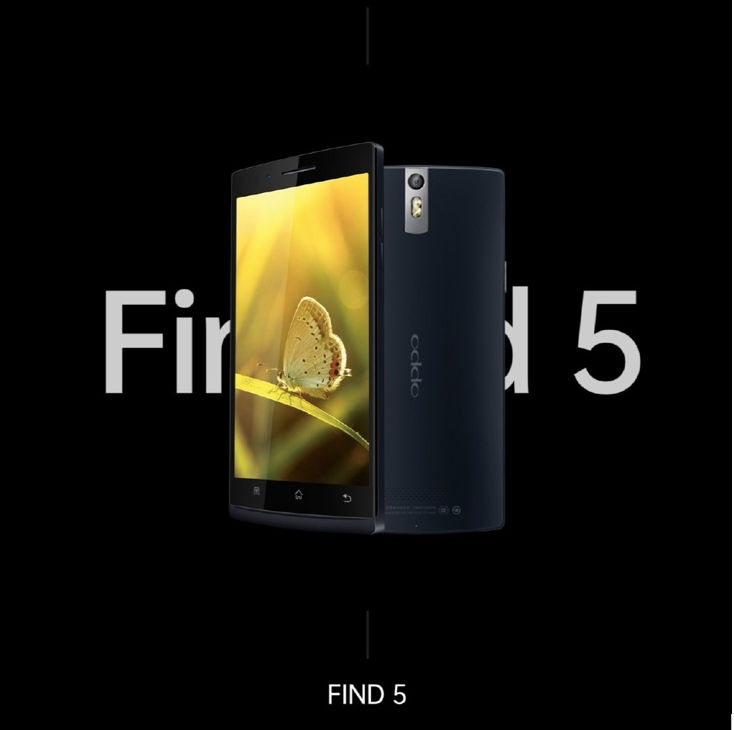 The Find 5 was succeeded by the OPPO Find 7, which was released in 2014 with the maxed-out Quad HD display on its front. This high resolution was a domain of extremely expensive high-end smartphones but given the Find Series’ legacy of delivering top-notch features at comparatively low prices, it was no surprise to see the phone getting such a high-resolution screen. When it was released in India, it was the country’s very first smartphone with a Quad HD display. In addition, it also set the ball rolling for the VOOC fast charging standard, which has grown by leaps and bounds over the years. It was an era-defining moment for the Find Series, and OPPO hasn’t looked back since then.

Then, in 2018, came the Find X. This smartphone launched at a time when pop-up cameras were just beginning to arrive in the market, but OPPO had added its own twist to the concept already. Instead of granting the pop-up mechanism only to the front camera, the Find X also placed its dual rear camera system on this pop-up module. Thus, when the cameras were not in use, none of their lenses were visible on the device. This exquisitely designed smartphone screamed class and made users want to immediately hold it in their hands. 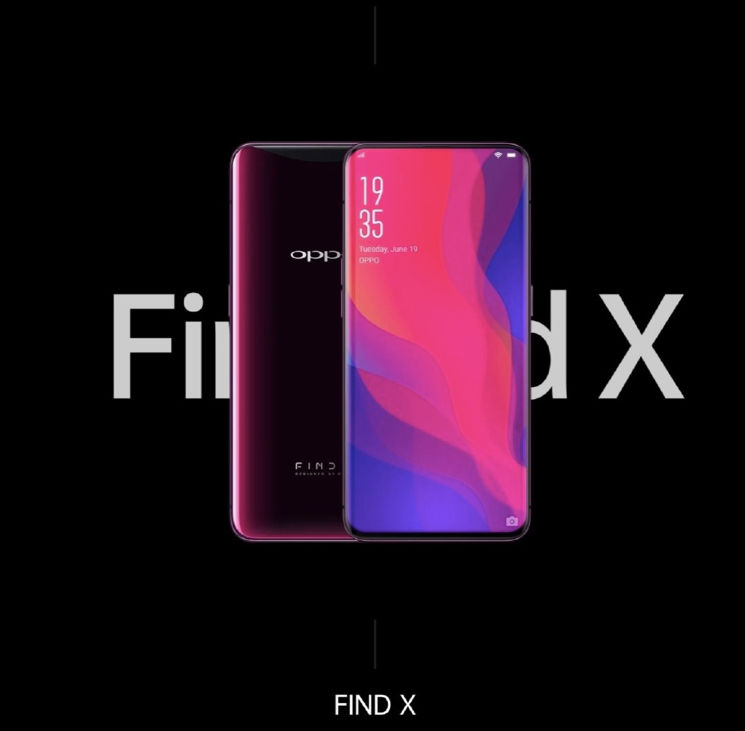 But that’s not the only thing that made the Find X a tempting offering. The smartphone adopted highly advanced hardware to deliver performance that blew users away. This smartphone also ditched the fingerprint scanner for the 3D Face Recognition technology. OPPO’s propriety VOOC flash charging got a major boost as well, as the Find X updated its charging technology to SuperVOOC Flash Charge, which eventually became the gold standard for the industry.

Now, the Find X2 Series is all set to create new benchmarks with its ground-breaking display quality and a powerhouse of loaded features giving a #TrueFlagshipExperience. Both the phones in the series have adopted 6.7-inch displays that feature the best of everything – OLED panel, QHD+ resolution, and a whopping 120Hz refresh rate! Well, it’s no surprise then that DisplayMate has already given this panel its highest, A+ approval rating. On top of that, the smartphones have also received Eye Comfort certification from TÜV Rheinland as the display cuts down the harmful blue light emission to reduce the strain on your eyes during your Netflix binge making it a #PerfectScreenOf2020.

One in a Billion screen with a Billion colours! #OPPOFindX2‘s 120Hz Ultra Vision Screen is recognized by DisplayMate as the #PerfectScreenOf2020 and it can be all yours.
The #TrueFlagshipExperience is coming soon to India.
Get Notified: https://t.co/9ckLNJDdGk pic.twitter.com/17R1lB9yY0

And while the Find X2 Series redefines the display experience, it doesn’t skimp on the other critical aspects of an amazing smartphone. Power-packed performance is guaranteed with this series. With the ultra-fast Snapdragon 865 chipset and 5G network capability, the devices are well equipped to lead the charge into the future. In fact, the series has been ranked among smartphones offering the ‘Best Flagship Performance in April 2020’ by AnTuTu.

The #OPPOFindX2Series #5G with the latest Snapdragon 865 and 120Hz Ultra Vision Screen, has topped the AnTuTu Top 10 Flagship Phones of 2020 for a second month in a row! The #TrueFlagshipExperience is here!
Get notified: https://t.co/chUzY2ya9p pic.twitter.com/nKP3Gq0Hxy

OPPO’s deep ties to India are reflected in the development of the VOOC 3.0 fast-charging tech, which was developed at the company’s Hyderabad R&D centre. Of course, this ground-breaking technology was a huge hit in India and, thus, both the Find X2 Series phones come with world’s fastest commercially available 65W charging technology. The 65W SuperVOOC 2.0 technology comes equipped with ultra-fast charging speed allowing the 4,200mAh (4,260mAh for the Pro model) batteries of these phones to fully charge in just 38 minutes. But the innovation of OPPO’s India R&D centre doesn’t end there. In fact, all innovations by the company are designed keeping in mind tangible improvements in user experience. So, it’s no surprise that the Ultra Vision Camera System has been employed on the two smartphones as it brings about a huge paradigm shift in photography experience by offering extreme dynamic contrast for amazing photos and videos.

Not just the device, OPPO has managed to take the essence of the Find Series to the next level with the “Finder Campaign”. As part of the campaign, OPPO has collaborated with British actor Eddie Redmayne, tech expert Marques Brownlee, and professional rock climber Alex Honnold to further the spirit of exploration for which the Find X2 Series is known.

The key to breaking boundaries is by exploring more, like Marques Brownlee does with the #OPPOFindX2Series #5G.
Get ready for the #TrueFlagshipExperience, launching on June 17th.
Get Notified: https://t.co/chUzY2PLxZ pic.twitter.com/FswSJdpvbs

With a legacy so rich in innovation and features aimed solely at providing the best user experience, OPPO’s Find X2 Series is truly the pinnacle of a premium smartphone experience. With global recognition, from both the fans and the industry, the Find X2 series is testament to OPPO’s commitment to excellence. Moreover, OPPO’s focus on enriching the user experience with India-centric features shows how well it understands the local consumer and is able to deliver a uber premium experience that only a true flagship can offer. We certainly don’t have to wait too long in order to lay our hands on the OPPO Find X2 Series as June 17th is just a few days away.

The Find X2 series is getting a lot of hype from enthusiasts who love the latest and greatest in tech space. The perfect premium display, the world’s fastest 65W SuperVOOC 2.0 charging technology and unmatched performance with Dual Mode 5G support are truly going to make the Find X2 and Find X2 Pro among the finest smartphones of the year.