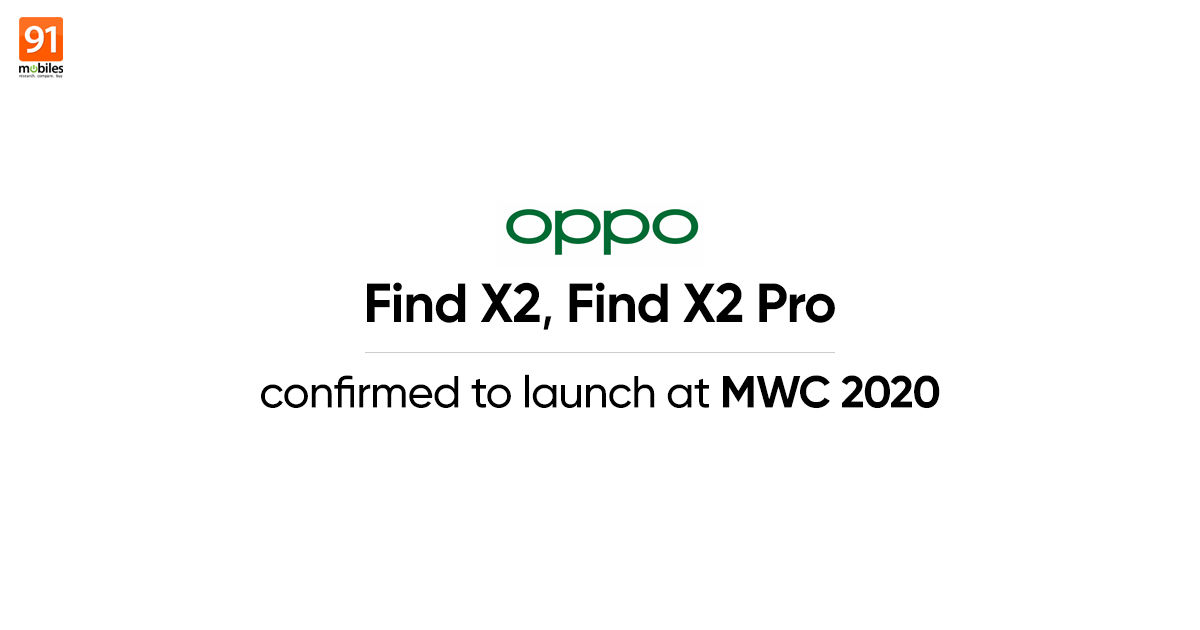 OPPO Find X2 series has now officially been confirmed to launch in Barcelona, Spain. The company has started rolling out press invites that reads the Find X2 launch event on February 22nd at Auditorium Forum CCI, Barcelona. The event will “Uncover The Ultimate” and the handsets will later be showcased at Mobile World Congress (MWC) 2020, which is set to begin from February 24th. Going by the previous leaks and rumours, the vendor will announce two smartphones in the series, OPPO Find X2 and OPPO Find X2 Pro. The phones are likely to be powered by the flagship Qualcomm SoC and flaunt a revolutionary design as we’ve seen with the original Find X smartphone back in 2018. 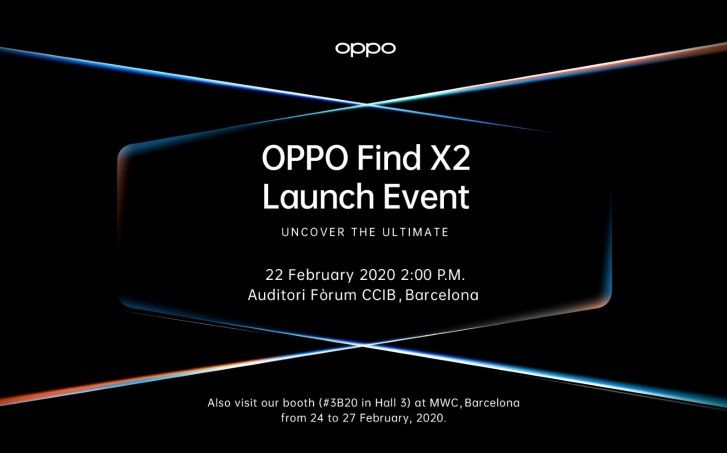 The OPPO Find X2 series is expected to rock 5G Qualcomm Snapdragon 865 SoC under the hood. The handsets may sport a 6.5-inch OLED display with WQHD (1,440 x 3,168 pixels) resolution and an impressive 120Hz refresh rate. The Find X2 is also said to come with 65W SuperVOOC fast-charging support that was introduced with Reno Ace in 2019. The charging tech is rated to charge a 4,000mAh battery in just 35 minutes. For photography, the handset will reportedly pack a 48MP sensor. The camera setup is said to offer high-speed focus, and high dynamic range compared to its predecessor.

The specifications of OPPO Find X2 Pro remain vague at the moment, but we can tell that the handsets won’t have an in-display camera. OPPO’s Vice President Brian Shan has announced that the technology, which was revealed as a concept back in June 2019, is still not ready and will definitely not be found in the OPPO Find X2.

Talking about the design, the OPPO Find X2 series may come with a crescent-shaped camera setup on the back and a unique rotating camera mechanism design, which OPPO recently patented. That’s everything we know about the handsets at the moment.