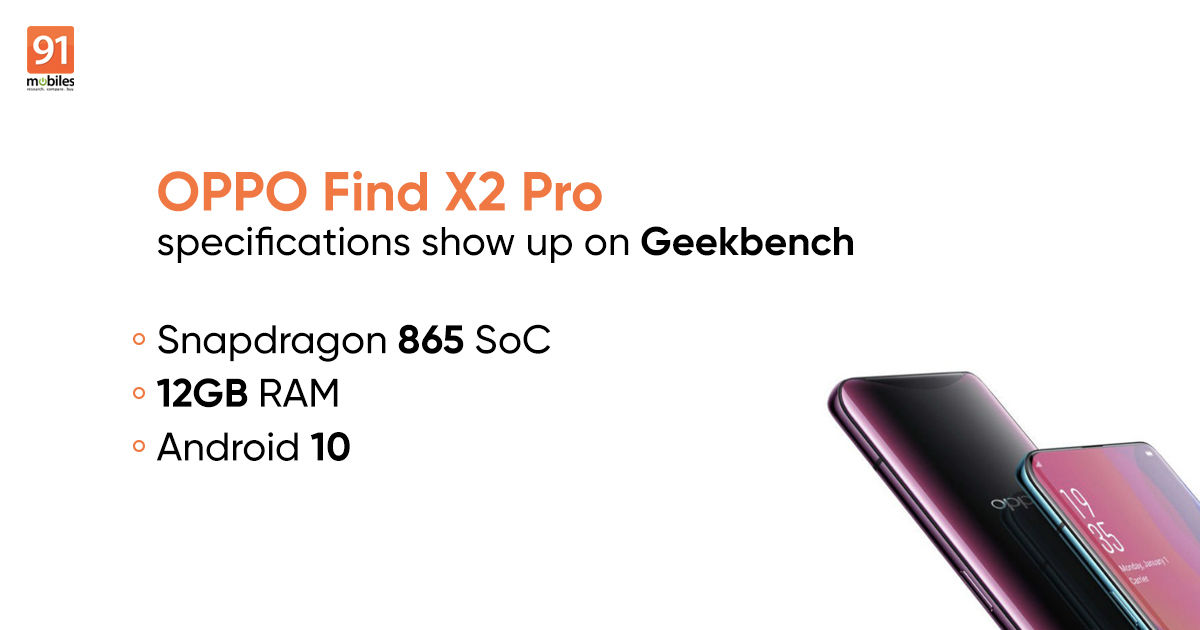 OPPO is set to launch its flagship smartphones of 2020, the OPPO Find X2 series, in March. With the company’s first launch event for MWC 2020 cancelled, the Find X2 series has now been spotted in an online leak, wherein its Bluetooth SIG certification was posted online. The entry seemingly confirms that the two variants of the phone, the Find X2 (codenamed CPH2023) and Find X2 Pro (codenamed CPH2025), would both feature the Qualcomm Snapdragon 865 SoC, along with 8GB RAM and 256GB onboard storage.

The listing further states that the OPPO Find X2 Pro would feature a 6.7-inch, QHD+ display. To the rear, it would house a triple camera setup featuring 48-megapixel, 12-megapixel, and 13-megapixel sensors and would house a 32-megapixel camera placed in a punch-hole display cutout to the front. The devices also feature Bluetooth 5.1, the latest wireless connectivity standard. The set of specifications fall in line with what you would expect from a new generation flagship phone; unfortunately, the leaks so far do not reveal any potentially stand-out feature. 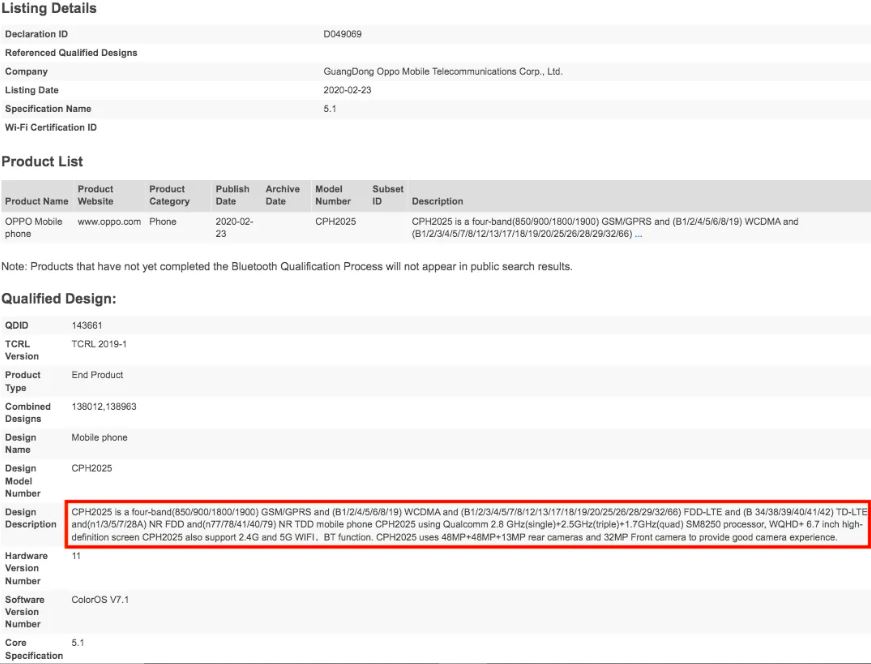 Interestingly, MySmartPrice had discovered a Geekbench entry for a device codenamed CPH2023, which we’ve come to know as the Find X2. According to the screenshot, the OPPO Find X2 specifications would include 12GB of RAM, which is quite interesting since the Find X2 Pro was seen to feature 8GB RAM. This suggests multiple variants for each of the two phones, graded in terms of memory and storage. The Geekbench entry does not reveal any other surprising detail, apart from the presence of Android 10 and Snapdragon 865, which are pretty much confirmed at this point.

The OPPO Find X2 and Find X2 Pro launch date will reportedly be revealed later this week. OPPO has typically used its Find lineup to introduce interesting features, such as the slide-out front camera mechanism that the OPPO Find X showed. Going forward, it will be interesting to see what the Find X2 series brings to the table, and how OPPO prices its flagships.