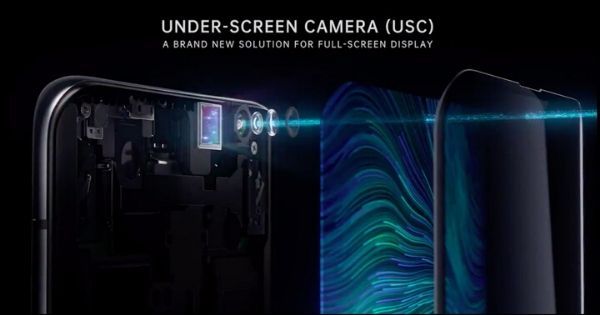 Looks like the OPPO Find X2 will not feature an under-display camera technology after all. The flagship smartphone was expected to get this unique in-display camera feature, which OPPO revealed as a concept back in June 2019, but it looks like the technology is not yet viable for mass production. The Vice President of OPPO, Brian Shen, recently tweeted that the technology is still not ready and will definitely not be found in the OPPO Find X2. He said that there are several obstacles that make it difficult for the under-display camera technology to be mass produced. The OPPO Find X2 is the successor to the Find X, which featured a motorised rear panel to hide the cameras and had no notch. OPPO has confirmed that the Find X2 will be announced in Q1 2020, but an official launch date isn’t known yet.

The under-display camera technology will likely make its way to OPPO’s smartphone in late 2020. Back in June 2019, OPPO had showcased the under-display camera tech at MWC Shanghai. However, the company stated that the camera sensor only receives around half the light compared to a sensor that’s not hidden under the display. It uses a translucent panel and a customised camera module, but the end results were still not great.

Considering the obstacles of making a smartphone mass production ready, it’s unlikely we will see an under-screen camera in #OPPOFindX2, as many have asked.

An under-display camera would mean that manufacturers would no longer need to use motorised systems to hide the sensors in order to offer a notch-less experience. Unfortunately, the images taken by the under-display camera are of bad quality and colour. OPPO will continue to test the technology and use software to improve the camera performance, but that could take some time. For now, we’re going to have to stick with motorised pop-up cameras, notches and punch-hole cutouts.

Coming to the OPPO Find X2, this phone is said to be powered by the new Snapdragon 865 chipset, and will feature the latest high-resolution sensors from Sony. It is also expected to house a large battery that would support 65W fast charging. The VP also stated that the display on the OPPO Find X2 will be one of the most important features, but it will also have other industry-leading tech.