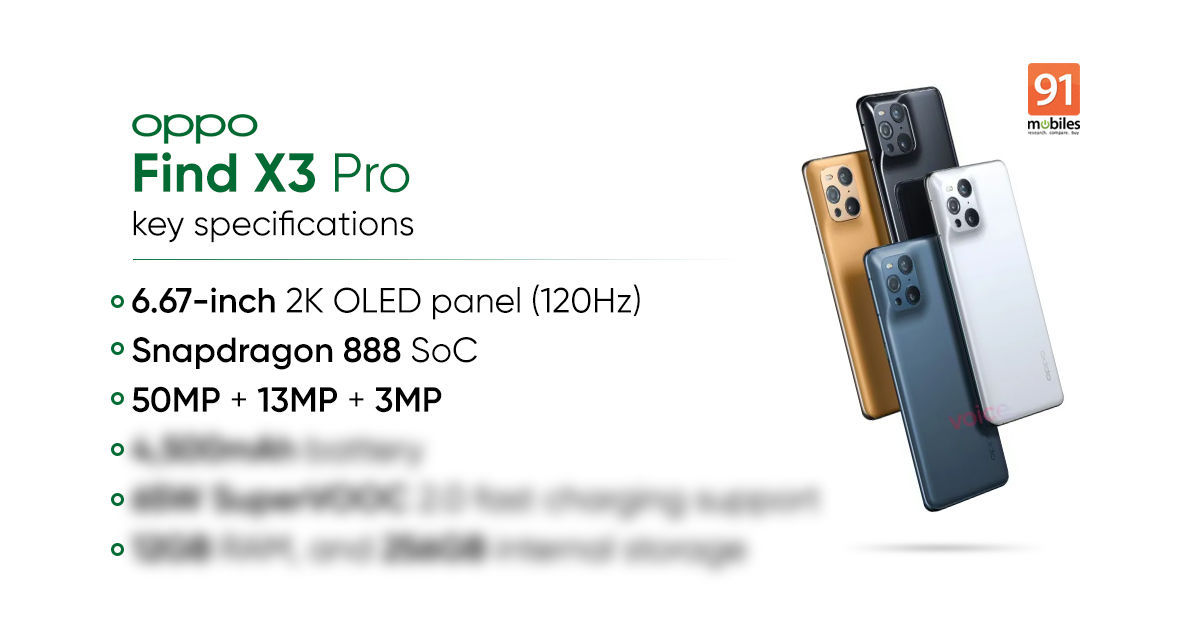 Oppo’s Find X3 series is expected to launch in March and we recently came across the Find X3 and Find X3 Pro specifications on Geekbench. The official launch date is yet to be announced but a new tip has revealed the OPPO Find X3 Pro, Find X3 Lite, and Fine X3 Neo launch, pre-order, and release dates. Tipster Jon Prosser claims via Twitter, the Oppo Find X3 Pro, X3 lite & X3 Neo are all set to go be announced on March 11th, while pre-orders will begin on March 31st. Oppo’s upcoming Find X3 series will then go on sale on April 14th, as per the tipster.

Oppo Find X3 Pro is tipped to have a QHD+ 6.7-inch curved edge-to-edge display with a 120Hz refresh rate. The phone will come with 12GB of RAM and the Snapdragon 888 chipset, as per the Geekbench listing. If we talk about camera specifications, the phone is rumoured to feature a quad-camera system that includes a 48MP primary sensor. This flagship phone will be backed with a 4,500mAh.

To talk about Oppo Find X3 Neo specifications, it is rumoured to have a 6.55-inch AMOLED display, 8GB RAM, and the Snapdragon 865 processor. With a primary camera of 50MP, it has a quad-camera setup at the back. The selfie camera is tipped to offer a 32MP sensor. This handset comes with a 4,500 mAh battery.

That’s all we’ve about the Oppo Find X3 Pro, X3 Neo, and X3 Lite. We’ll keep you posted as soon as we get more information about Oppo’s flagship. Until then we’d love to hear your thoughts. Comment below what you think!