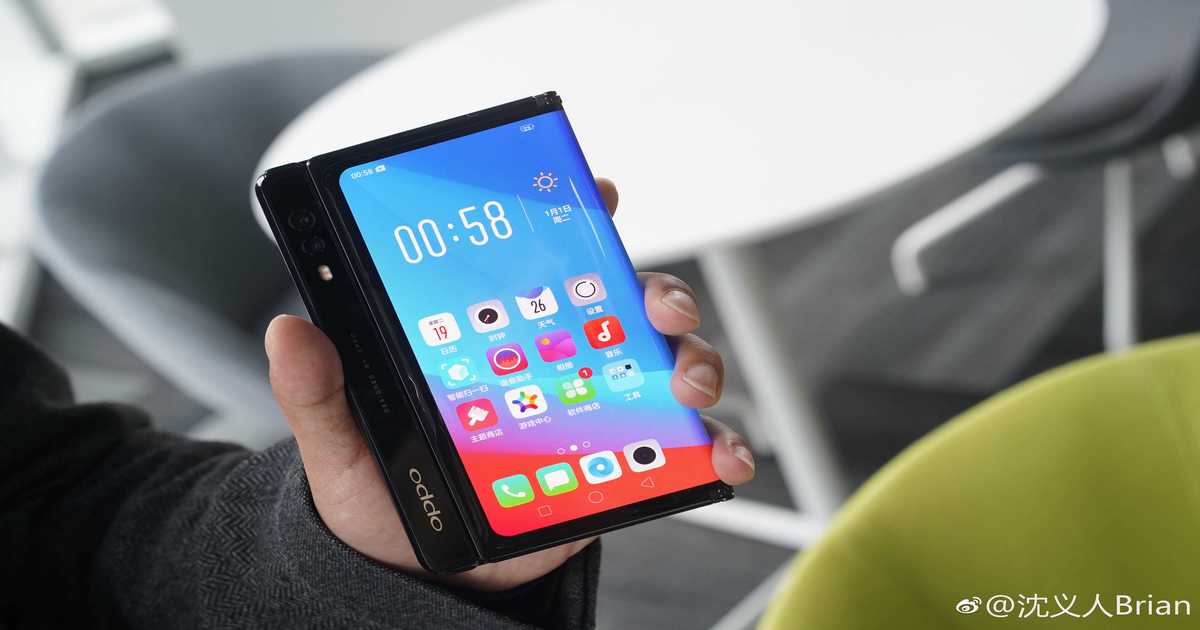 There have been long-standing rumours about an OPPO foldable phone but the company surprisingly didn’t show it off to media at its recent MWC 2019 event. Instead, we now have a bunch of images from the OPPO VP doing the rounds on Weibo which have now made its way over to this side of the Great Wall. This is the third foldable smartphone that we’ve seen in a week as Samsung and Huawei took the lead by unveiling their consumer-reader stratospherically priced foldable handsets. So as to avoid confusion, do note that the below images are simply of a prototype and not from any official launch of OPPO.

Taking a look at the images, it’s clear that OPPO version isn’t very far from what Huawei had envisioned for the Mate X. It has an outward folding screen as compared to an inward folding one on the Galaxy Fold. Also, OPPO’s version is more squarish while Huawei’s Mate X has a relatively tall screen. Due to limited details in photos, we’re unable to see the hinge mechanism that the company has used on its device. The rear has a smaller screen compared to the front one because it has a large grip bezel/bar with components placed inside. There are dual cameras and an OPPO branding on the handset and it’s all we can see right now.

If you’re wondering when you’ll be able to see a price tag on this, the bad news is that OPPO has still not considered mass production. The company wants to first gauge consumer demand for this niche product and then decide to mass produce it.  Hence, there are no specifications, prices, or release date for the device as of now. After MWC 2019, Samsung and Huawei have emerged as forerunners to the foldable phone game with both companies outing consumer-ready models and a sky-high price of above $2000 for the luxury product.