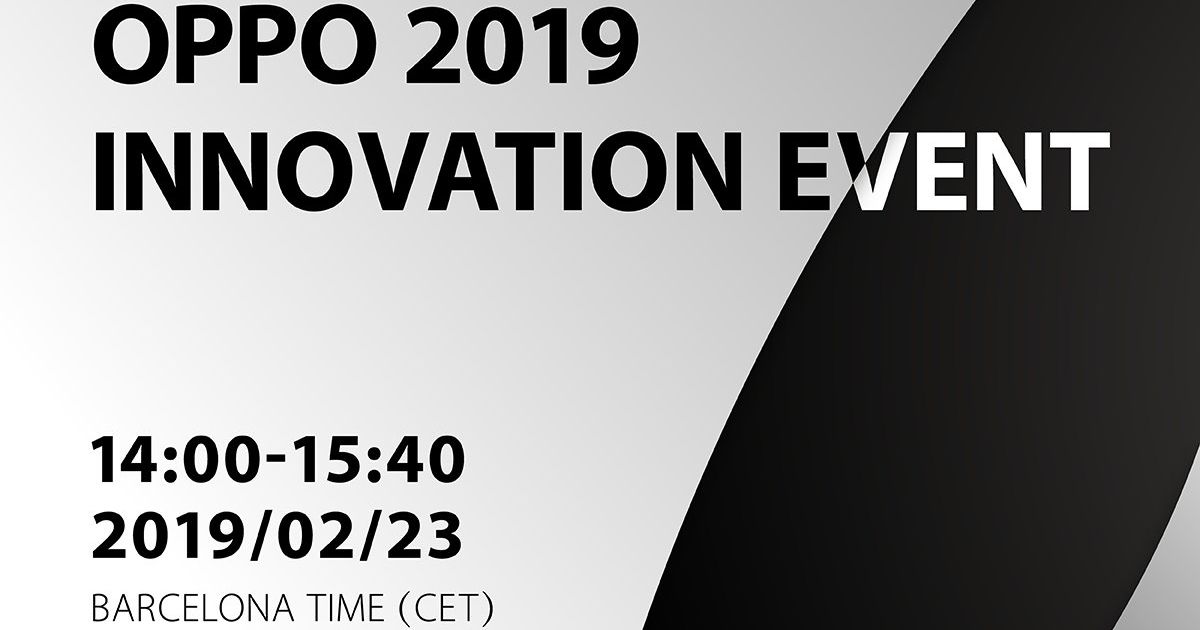 OPPO has sent out media invitations for an event it will be hosting at Mobile World Congress (MWC) 2019. Named the ‘OPPO 2019 Innovation Event, it is scheduled for February 23rd and is being promoted on social media with the hashtag #GetCloser. The invitation itself doesn’t give any hints regarding what we can expect from the OPPO event. Of course, the hashtag alludes to the first phone with 10x zoom that the company has already promised for MWC 2019.

You’ve heard the rumors.
Hit that ♥️ if you’re ready to #GetCloser pic.twitter.com/lgz6SOkQBZ

Previously, the China-based smartphone maker said that it would be exploring new technologies on Connectivity, Artificial Intelligence, Digital Wellness and Digital Trust at this year’s MWC. GizmoChina points out that the media invitation sent now by OPPO is foldable, which suggests that the company could showcase its foldable smartphone at the mega expo.

OPPO Product Manager Chuck Wang had previously confirmed that it will announce its first foldable device at the MWC 2019. However, he did not mention any other information regarding the specifications or release date of the invention. As of now, there is no confirmation available regarding which approach the foldable device will follow – a fold-in design, clamshell, wraparound, or something else entirely.

Speaking about the OPPO 10X hybrid zoom technology that was announced last week, it is claimed to capture lossless images irrespective of the distance between the camera and the object. The new setup will provide a zoom range of 15.9mm to 159mm and will use a primary camera, a periscope-style telephoto lens, and an ultra-wide camera.