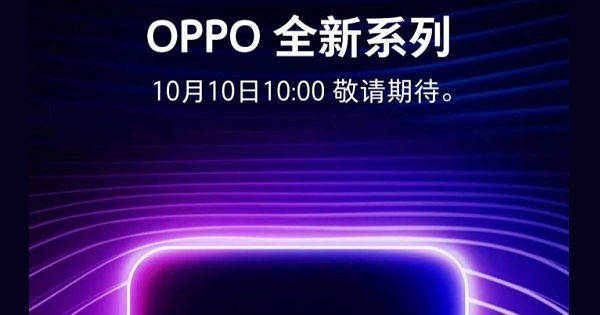 OPPO is all set to launch a new smartphone on October 10th and if the rumours are to be believed, it could launch a new series on the day. According to the earlier reports, the brand is expected to launch an all-new K-series of smartphones and OPPO K1 is expected to be the debut launch in the series. Now, the OPPO K1 has allegedly been spotted in a real-life image, giving us a glimpse of its fascia. 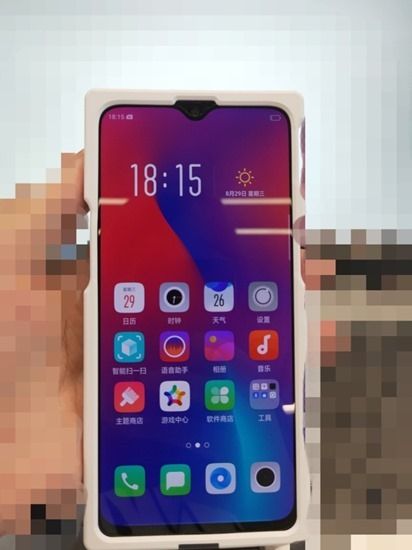 The image shows the handset encased in an industrial case to protect the identity, however, it’s believed to be the upcoming K1. In the photo, we can see that the smartphone will come flaunting the same waterdrop notch display as the OPPO R17. However, we cannot make out much about anything else from the leaked image. It’s being speculated that the K1 could be the more affordable variant of the R17. According to the previous leaks, the OPPO K1 is likely to feature a 6.4-inch AMOLED display with a resolution of 2,340 x 1,080 pixels and an aspect ratio of 19.5:9. The rumours also suggest that the handset might come with an under-display fingerprint scanner. Coming to the performance, the smartphone is tipped to be powered by a Qualcomm Snapdragon 660 SoC backed by Adreno 512 GPU. The brand is expected to offer the handset in two RAM configurations – 4GB + 64GB and 6GB + 128GB. In the imaging department, the OPPO K1 is rumoured to have 16MP+2MP dual camera setup on the back and a powerful 25MP front camera for selfies. It is not known what software the smartphone will boot, but it’s more likely to come with Android 8.1 Oreo-based Color OS out of the box. Lastly, a 3,500mAh battery completes the rumoured spec sheet of the upcoming smartphone.

While leaks and speculations have left nothing to the imagination, we advise taking these bits with a pinch of salt. If rumours are indeed true, we can see the handset being launched on October 10th. We will bring you more accurate details when the OPPO K1 goes official, so stay tuned.