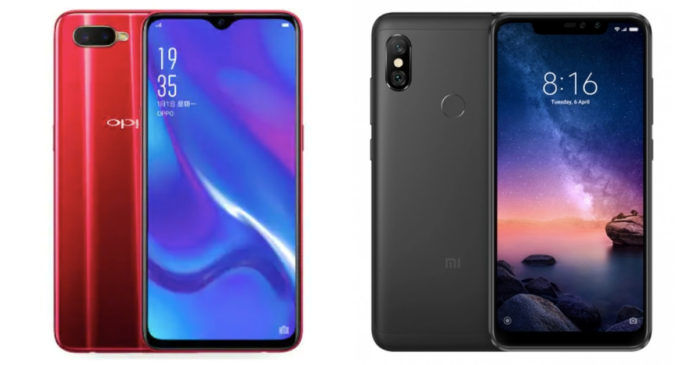 OPPO K1 is the latest affordable smartphone from the Chinese manufacturer. It is also the cheapest smartphone in India with an in-display fingerprint scanner. The new OPPO K1 will only be available for purchase online and offers several features that make it a competent handset in this price segment. The phone will take on the likes of the Xiaomi Redmi Note 6 Pro, the ageing Vivo V11 Pro, and several others. We take a look at the differences between the new OPPO K1 and the popular Redmi Note 6 Pro (review) to determine which among them comes out tops, at least on paper. 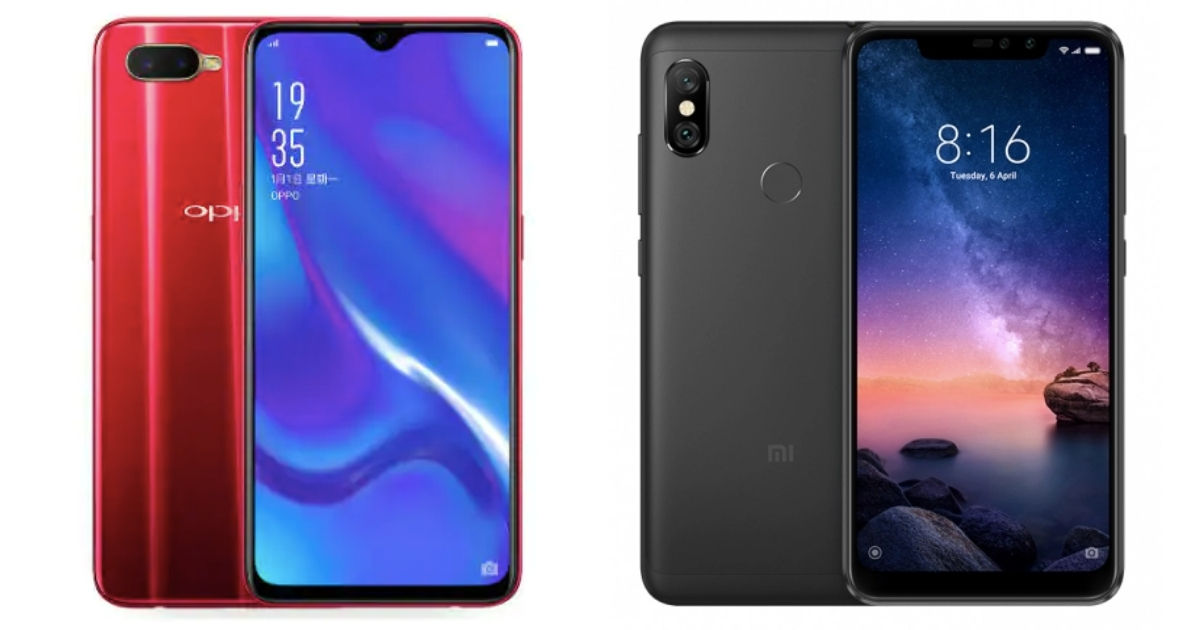 The OPPO K1 price in India is Rs 16,990 for the lone option with 4GB RAM and 64GB of internal storage. This model is exclusive to Flipkart and will be available in two Astral Blue gradient colour and Piano Black hue.

On the other hand, the Redmi Note 6 Pro prices in India for the 4GB + 64GB and 6GB + 64GB variants are Rs 13,999 and Rs 15,999, respectively. However, the phone doesn’t have any gradient finishes and is available in Black, Blue, Red and Rose Gold options. You can purchase the phone on Mi.com as well as Flipkart.

Looking at the prices, yes the Xiaomi model is cheaper, but the OPPO K1 has better hardware and a better looking design as well. Read on to see how the phones compare in the hardware department.

The OPPO K1 comes with a slightly larger 6.4-inch full-HD+ display compared to the 6.26-inch full-HD+ screen on the Redmi Note 6 Pro. Apart from having a slightly larger display, the K1 also uses Super AMOLED screen technology and has a smaller water-drop notch. The Xiaomi handset, on the other hand, has a larger notch and uses an LCD panel. Even when it comes to the design, the OPPO K1 is better looking thanks to its gradient finish back. The Redmi Note 6 Pro has the same old metal unibody design that was present on the predecessor.

Internally, the Oppo K1 is powered by a faster Snapdragon 660 chipset, whereas the Redmi Note 6 Pro makes do with the Snapdragon 636 processor. However, the Note 6 Pro gets a maximum of 6GB RAM compared to the 4GB RAM on the K1.

On paper, the OPPO K1 is a better buy than the Redmi Note 6 Pro. It has a faster chipset, better cameras and an in-display fingerprint scanner. However, we recommend that you wait for our full review to find out if the former is indeed better than the latter in day-to-day usage. The review should be up very soon!