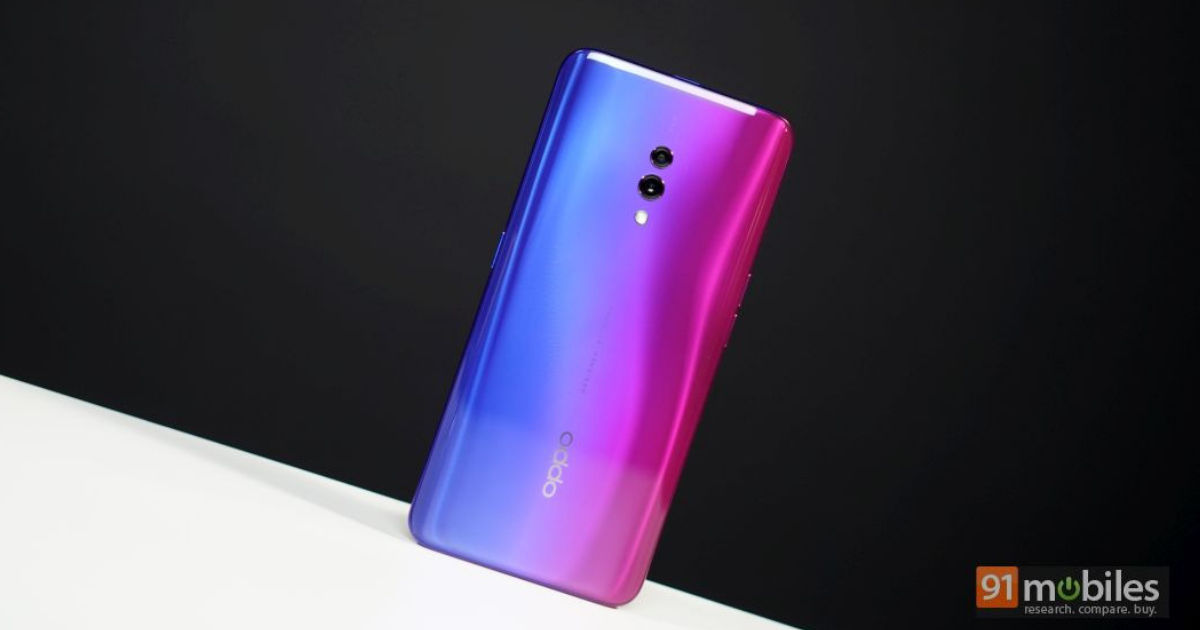 “Our initial take on OPPO’s latest affordable handset – the K3”

Bezel-less smartphones are finally here and one of the most popular ways to achieve an all-screen fascia is by using an elevating selfie camera module. In fact, off late, we’ve seen numerous pop-up selfie camera phones pop up (no pun intended), with the most recent offering coming from OPPO’s stables. Dubbed the OPPO K3, the smartphone was launched at an event in Delhi and after spending some time with it, here are my first impressions of the same. 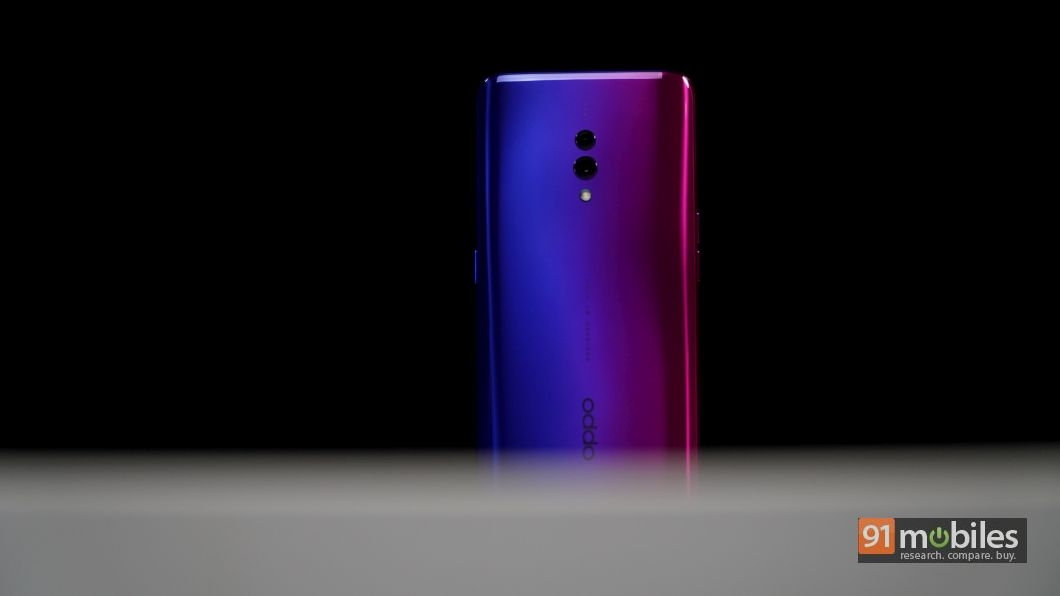 The OPPO K3 draws its inspiration for its design from the Realme X (review) in more ways than one. From the hexagonally designed pop-up selfie camera module to the overall build of the phone, the handset looks indistinguishable from Realme’s offering from a distance. That said, the smartphone still cuts a handsome package in its Aurora Blue and Jade Black hues, and thanks to its subtly curved back, I could grip it comfortably and use it with just one hand without much hassle.

Coming to the positioning of the ports and buttons, the OPPO K3 features a USB Type-C port towards the bottom, which is sandwiched between the phone’s speaker grille and its headphone jack. The volume rocker is placed on the left-hand side of the frame, and a power button on its right spine. The buttons felt adequately tactile during my testing, so no complaints here. 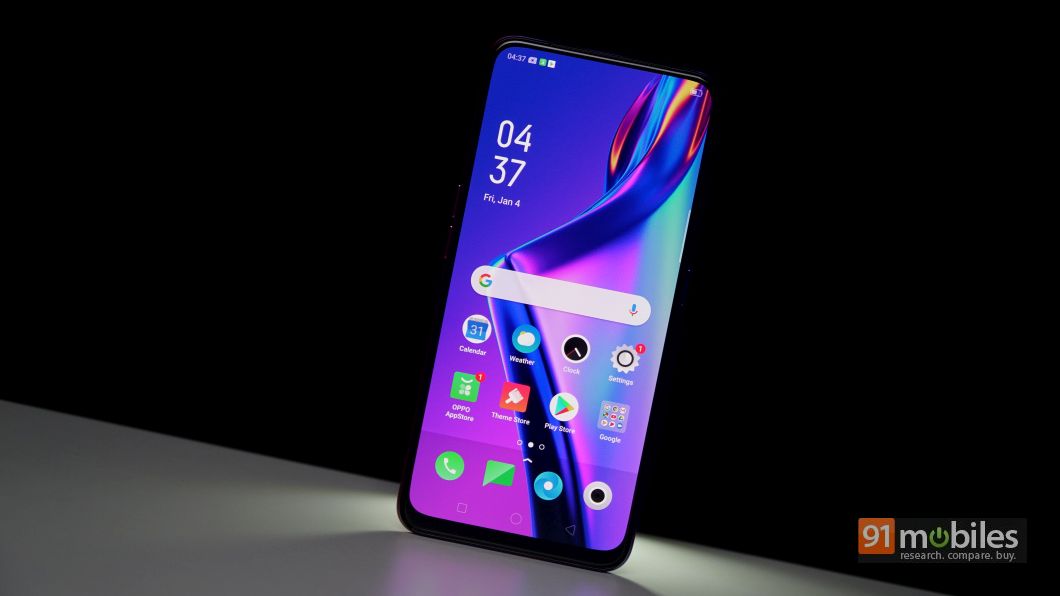 For security, the device features an in-display fingerprint sensor which is on par with the competition. That said, you’ll have to use a certain degree of precision to unlock the phone in one go as pressing against the sensor at an angle will result in a higher failure rate. You can also use face unlock to gain access to the phone, which worked flawlessly in bright areas, although took multiple tries when I was using the feature in a dimly-lit room. 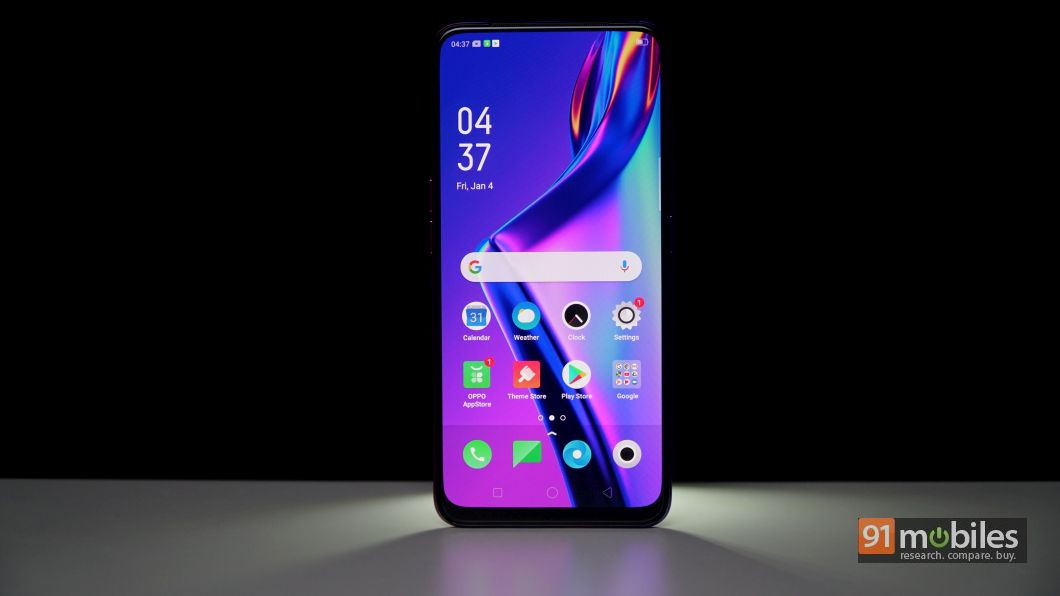 Thanks to the phone’s elevating selfie camera, the OPPO K3 offers buyers an immersive display which canvases over 91 percent of the smartphone’s frame. The Super AMOLED panel measures 6.5-inches in size, and comes with FHD+ resolution, making it plenty sharp and vibrant to enjoy movies on the go. The display even has a layer of Corning’s Gorilla Glass v5 on top, in order to somewhat protect it from scratches and scuffs, which is neat. 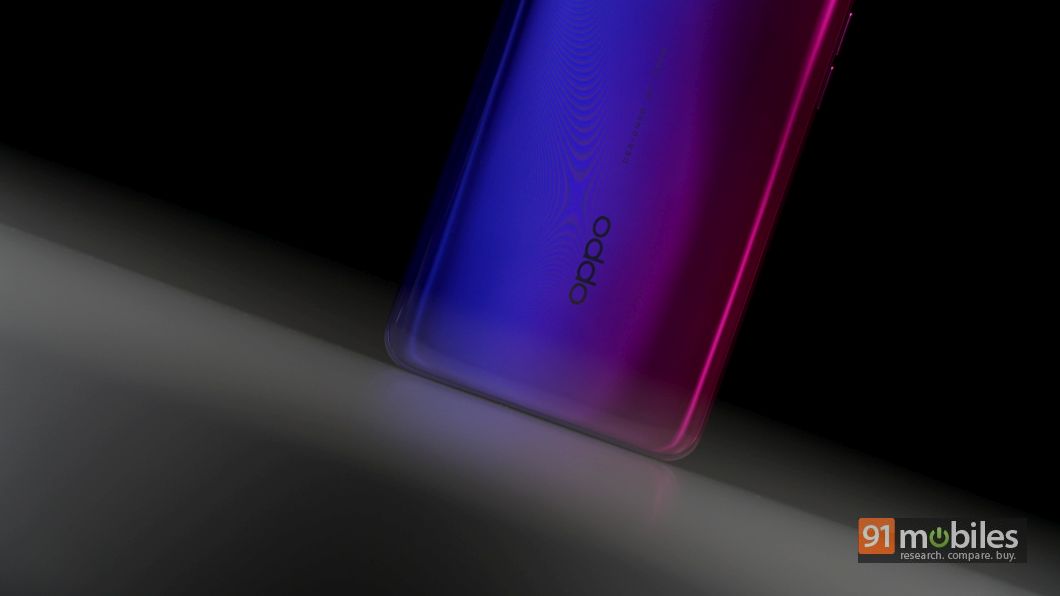 Underneath its plasticky chassis, the OPPO K3 is backed by Qualcomm’s Snapdragon 710 processor which works alongside either 6GB or 8GB of RAM. Correspondingly, buyers will get either 64GB or 128GB of built-in, user-expandable storage with the phone. Now, for its asking price, the OPPO K3’s core specs are fantastic, and I expect the device to perform admirably once I put it through its paces. 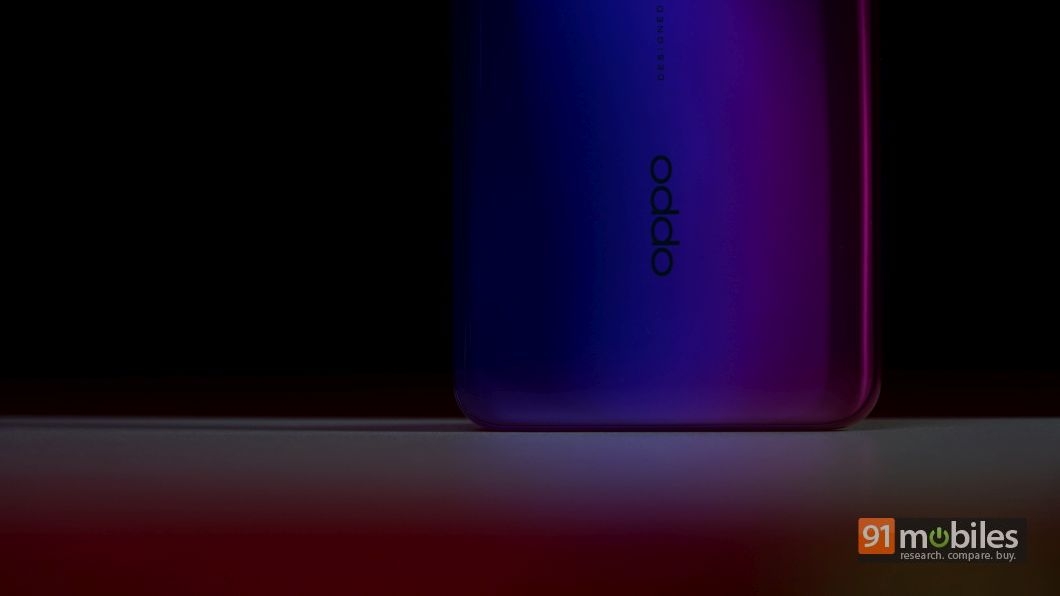 As for software, the OPPO K3 ships with ColorOS v6 on top of Android Pie. If this isn’t your first rodeo with an OPPO phone, then you’ll know what to expect from the custom skin. However, for the uninitiated, ColorOS v6 is a heavily themed interface which offers numerous nifty features, at the expense of bogging down some of the system resources. I’ll have more to talk about the phone’s software in my full review, so stay tuned. 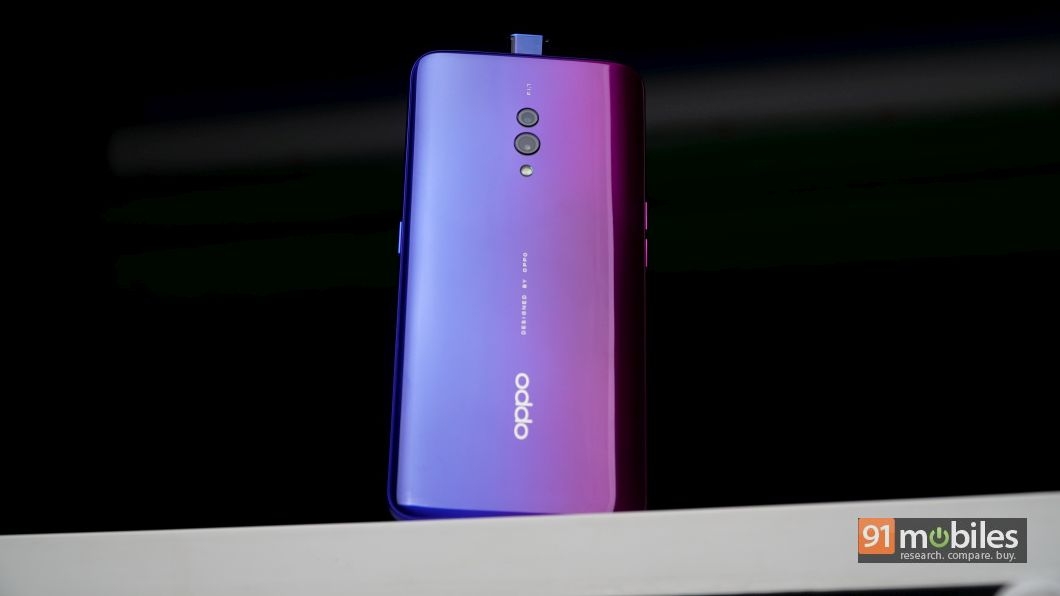 In the camera department, the OPPO K3 features 16MP and 2MP dual sensors towards the back, along with a 16MP selfie camera up front. On paper, the cameras on the phone aren’t as impressive as the ones on devices like the Realme X. However, there’s more to imaging than just the megapixel count of a sensor, so I’m hoping the phone has a couple of tricks up its sleeves which will help it come out on top. 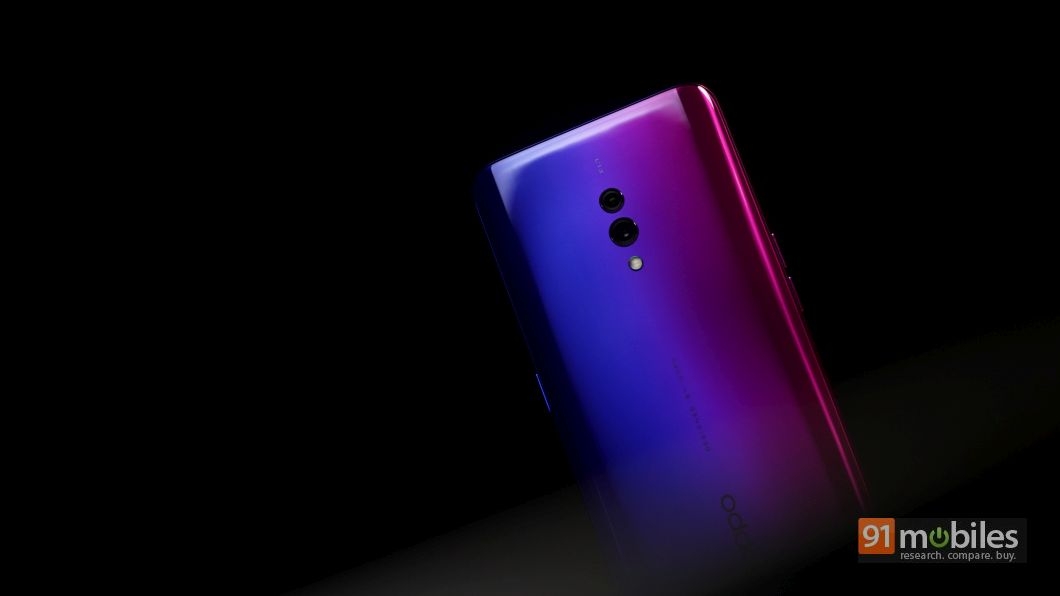 The OPPO K3 is fuelled by a 3,765mAh battery which is compliant with the brand’s VOOC fast charging standard. The handset starts at Rs 16,990 for the 6GB RAM variant, and you’ll have to shell out Rs 19,990 if you’re interested in picking up the 8GB RAM model. For the price, the smartphone goes up against devices like the Realme X, as well as the Vivo Z1 Pro (review). To know how it fares amidst the competition, stay tuned for our full review, which should be up on the blog shortly.