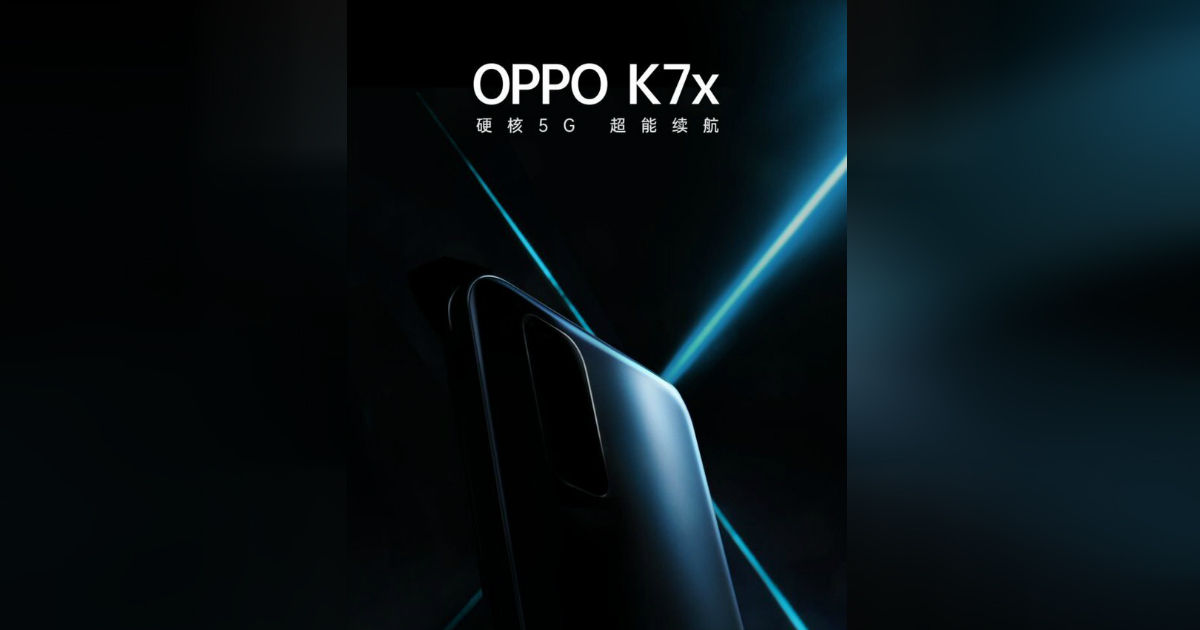 OPPO K7x 5G launch date has been revealed through a poster spotted on Weibo. The smartphone is scheduled to launch in China on November 4th and will be a 5G offering from the brand. The promotional image shows a rectangular camera module at the back and while it’s hard to make out the number of sensors it may, we speculate it will have at least three cameras. The phone doesn’t seem to have a fingerprint sensor at the back, meaning it should be placed on the side or under the display. Noted tipster Digital Chat Station has posted the alleged OPPO K7x specifications on Twitter, which gives us a good idea on what’s coming.

Also read: OPPO TV to launch in India, OnePlus TVs to be made in India next year: report

The OPPO K7x specs may include a 6.5-inch FHD+ display with 2,400 X 1,080 pixels resolution, 90.7 screen-to-body ratio, 90Hz refresh rate, and 180Hz touch sampling rate. The phone is tipped to be powered by the MediaTek Dimensity 720 SoC and could house a 5,000mAh battery with 30W fast-charging support. Moving to cameras, the OPPO K7x is said to have a quad-camera setup at the back with a 48MP primary sensor, an 8MP secondary lens, and dual 2MP lenses. 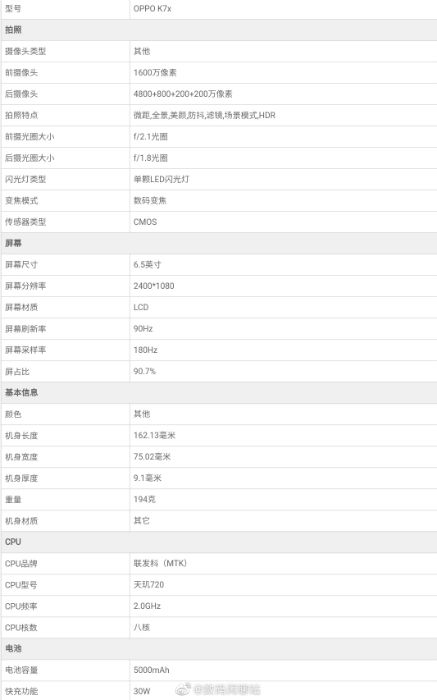 The OPPO K7x may feature an 8MP front-facing camera for selfies and video chats. The listing mentions that the phone measures 162.13 X 75.02 X 9.1mm and weighs 194 grams. Connectivity features could include 5G, 4G LTE, dual-band Wi-Fi, Bluetooth, GPS, and USB Type-C port for charging. The OPPO K7x price in China will be revealed on November 4th and we do not know if the company plans to launch the phone in more markets as of now.