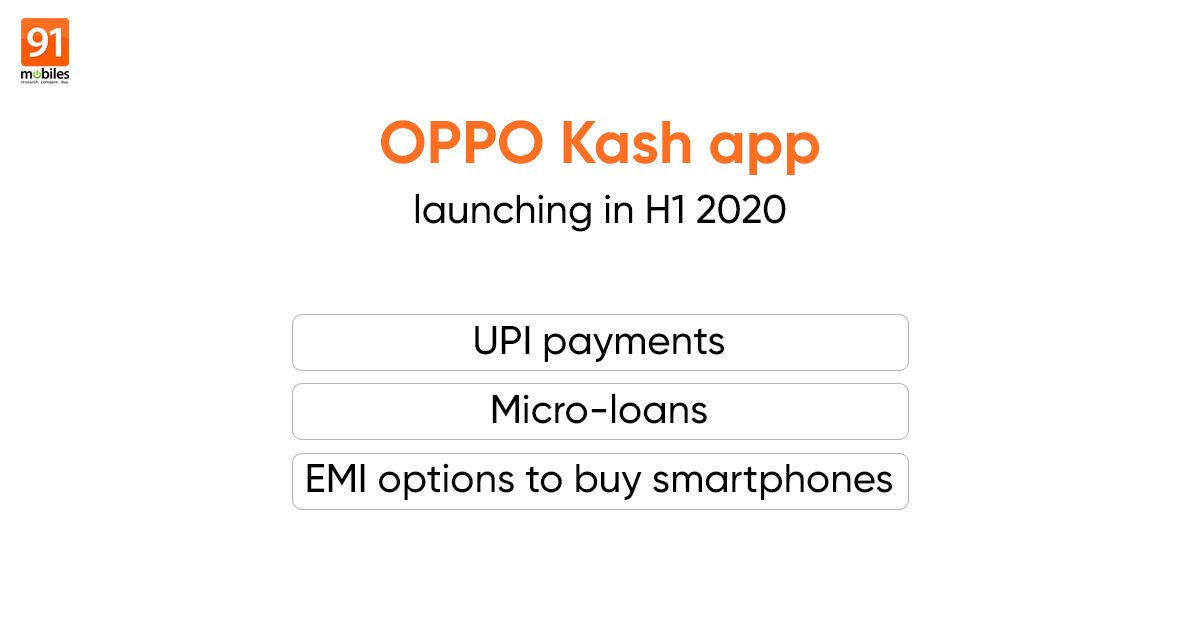 “OPPO Kash app is likely to be introduced in the Q2 as a beta product, after ironing out the major bugs and kinks”

After Realme, OPPO is gearing up to launch its financial service in India. It’ll be dubbed as OPPO Kash, an industry insider familiar with the developments informed 91mobiles. The platform, currently in the beta form, is likely to make its debut in the first half of 2020 after all the bugs have been ironed out. OPPO Kash, similar to other financial services in India, will offer hassle-free microloans with flexible repayment schemes. The app will be available for both iOS/ Android users and come pre-loaded with all upcoming OPPO smartphones.

The source further revealed that the OPPO Kash will come with UPI integration and an option to purchase smartphones on EMIs. The benefits of the app will extend to both online and offline purchases. The app is being developed by FinShell, which was also the team behind Realme’s PaySa. OPPO is also said to have set up a team to teach costumers how to use the Kash app. That’s all the information we can share at the moment on the Kash app.

In related news, OPPO is expected to take the wraps off its flagship Find X2 smartphone next month at MWC 2020. The handset is expected to rock Snapdragon 865 SoC, 65W fast-charging, and a 6.5-inch curved OLED display with a QHD+ 3168 x 1440 pixels resolution, and 120Hz refresh rate. The phone is speculated to flaunt a crescent-shaped camera setup on the back and a unique rotating camera mechanism, which was recently patented by OPPO.

~With inputs from Kamal Kant