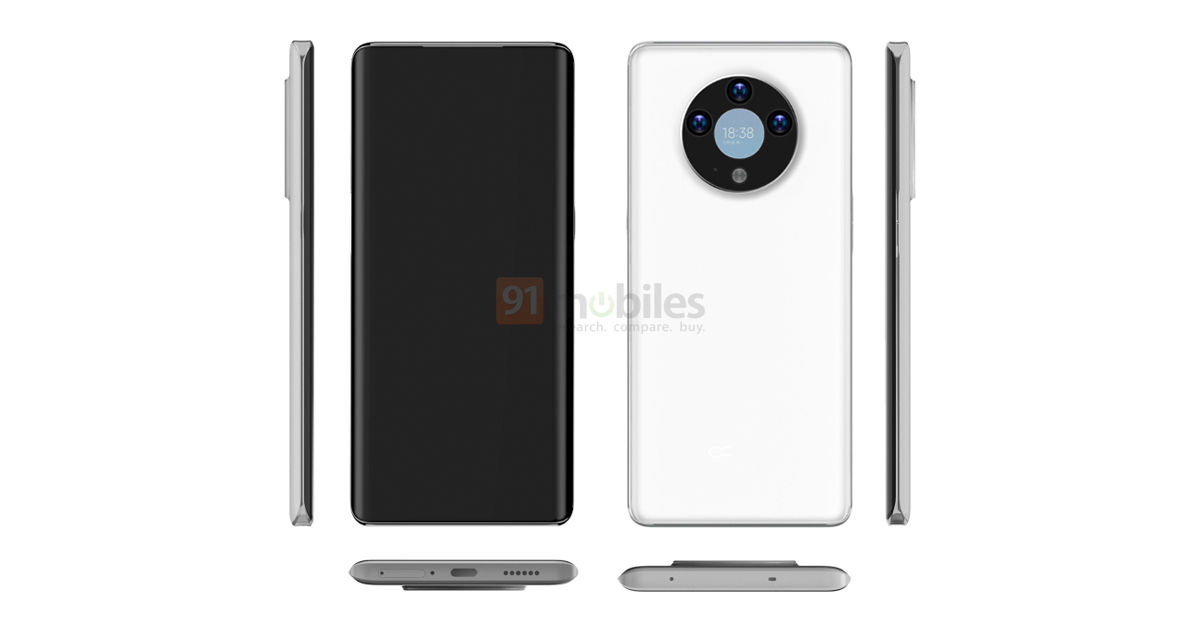 A brand new OPPO patent has surfaced on CNIPA (Chinese National Intellectual Property) that shows a smartphone with a tiny display housed within the rear camera module. The unique-looking smartphone has not been launched by OPPO yet and there’s no word on whether the company plans to release this in the future. The coloured images shown in the patent, as discovered by 91mobiles, show a curved display at the front that reminds one of OPPO’s Find series. In fact, this concept phone could very well launch under the Find series in the future.

OPPO phone with a secondary display

As you can see from the patent images, the OPPO phone has a large circular camera module that can house multiple camera sensors. Right in the middle of this camera module is a small circular display that can display the time and date. There could be other use cases as well such as a viewfinder for capturing selfies using the rear camera system. This could also eliminate the need for a selfie camera, which is why we don’t see any mention of a front camera in this design.

Everything else about the OPPO phone looks pretty familiar, including the curved display at the front, the Type-C port, speaker grille, and SIM tray at the bottom. As mentioned earlier, there is no saying whether OPPO plans to launch this phone commercially in the future, but it does look like an elegant solution for a secondary display. We may see this phone launch in the future as part of OPPO’s futuristic Find series, but only time will tell.

Brilliant videography and great design, here’s why the OPPO F19 Pro+ 5G should be on your wishlist!

OPPO A94 launched with AMOLED display and 30W charging, but misses out on 5G support: full specs