91mobiles.com
Home News These OPPO phones will get ColorOS 7.0 soon: check if your phone...
Highlights 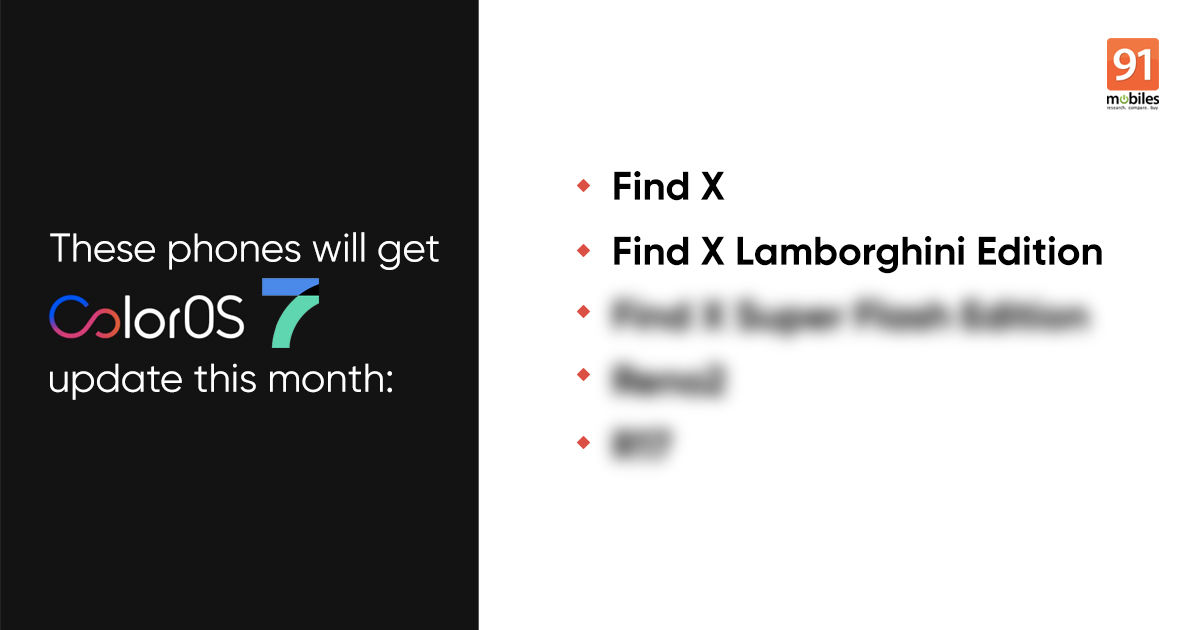 OPPO’s ColorOS 7.0 custom software based on Android 10 has been shipped on some OPPO phones out of the box since the start of 2020. The company has also released the update to some earlier smartphones as well has part of a staged roll out. Now, OPPO has released a new list of smartphones that will soon be receiving the ColorOS 7.0 update and it includes smartphones that were announced as far back as 2018. The list by OPPO, announced on Weibo, includes smartphones like OPPO Find X, OPPO R17 and OPPO Reno 2Z, among others. Check out the table below to see if your Oppo smartphone is getting the update or not.

The ColorOS 7.0 release, however, has only been announced for OPPO users in China for now. If you are a user in India, you might have to wait slightly longer for the update to hit your device. For China users, you can check for the latest ColorOS 7.0 update by heading to the Settings > Software Update menu after the above mentioned release date.

ColorOS 7.0 brings an enhanced system-wide dark theme that is claimed to reduce the overall power consumption by 38 percent for OLED Oppo phones. There are also new system icons that are more comfortable and simplistic, and it also supports icon customisation as well. It adds new alarm notification sounds that are weather-adaptive and sounds by Denmark’s audio design company Epic Sound. The UI brings the new gesture to take a screenshot — long-press with three fingers to take a screenshot in the selected area.

OPPO’s ColorOS 7 has a new Personal Information Protection option that protects the user’s personal information from third-party apps. It also added Payment protection and File protection options in the Privacy settings. There’s also a new Smart Sidebar feature that lets users pin their favourite apps and tools at the side of the screen to launch them quickly.